Referees Cortez, Bayless reflect on Pacquiao-Marquez I and II 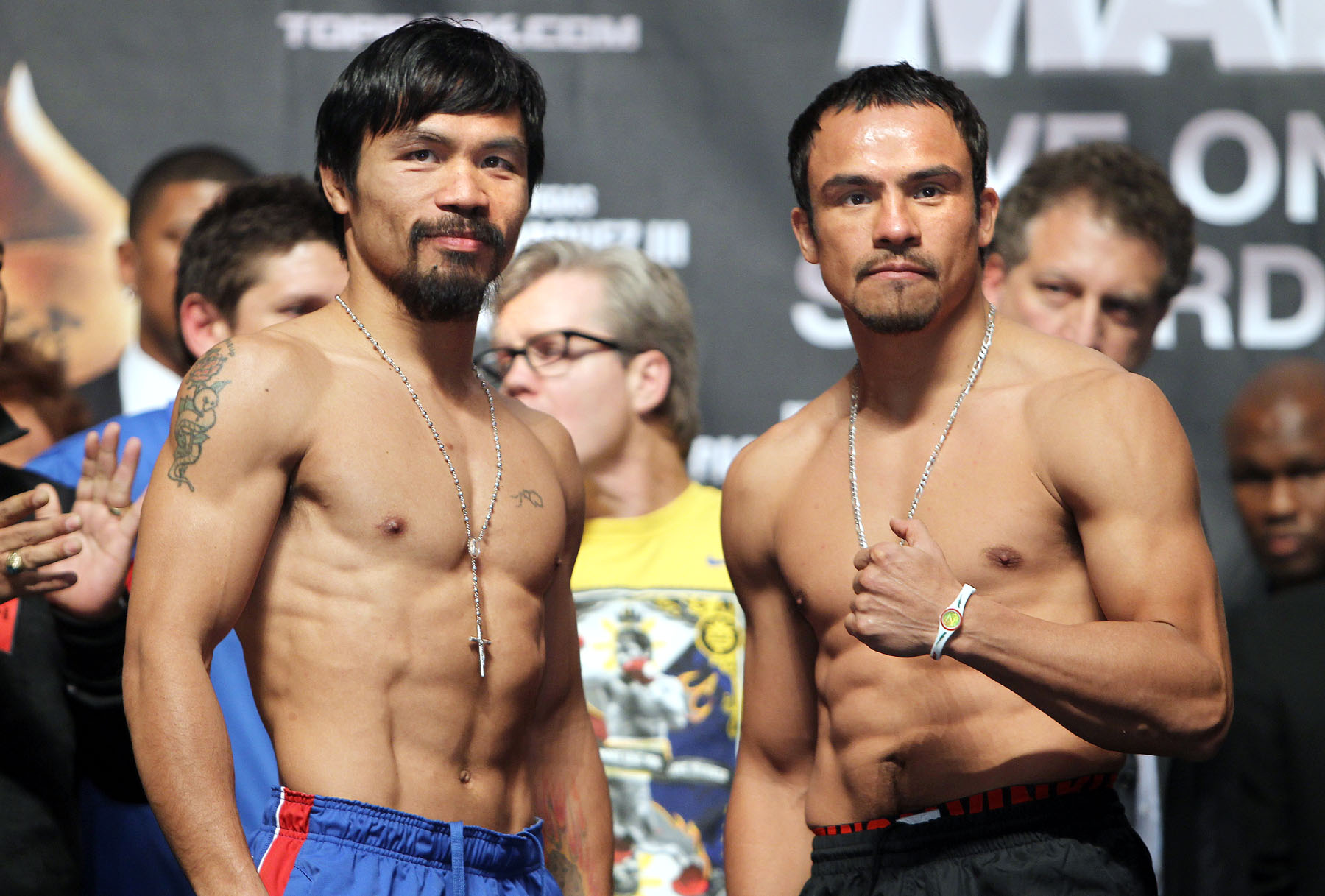 LAS VEGAS — Manny Pacquiao’s hard left hand dropped rival Juan Manuel Marquez on his butt with a minute and 30 seconds left in the first round, but the WBA and IBF featherweight titleholder swiftly rose and walked toward a neutral corner.

Yet another straight left hand by Pacquiao, 25 seconds later, similarly deposited the Mexican warrior on his backside, this time, causing him to rock back onto his shoulder blades.

A third left, this time, with 43 seconds remaining in the round, blasted Marquez into the ropes and down, even as Pacquiao nailed him, once more with a fourth left hand while he was on the canvas.

Marquez momentarily covered his face with his gloves as referee Joe Cortez stood over the fallen man, coming perilously close to calling an end to the bout.

Click here to see the first round of Pacquiao-Marquez I

“When Marquez went down that third time, Pacquiao threw that last punch, and then, as Marquez was hanging on the ropes, he got hit with another shot. So I was ready to stop it when he went down the third time, but I saw in his eyes that he was still sharp,” said Cortez of a bout that took place at the MGM Grand in Las Vegas in May of In 2004.

“That last shot, when Marquez was down, it didn’t look like a real hard shot. It was maybe more hard on the shoulder than on the face. So I just felt like he wasn’t fully done 100 percent, and he looked at me with his eyes sharp like, ‘Are you going to stop it or are you going to let it go?’ And I looked at him and I kept counting. This way, I gave him an opportunity to either stay down or get up. And he got up. He got up, and he showed me that he still had something left.”

Indeed, for Marquez did more than just rise. He rallied to salvage a draw that enabled him to retain his belts, even as the disgruntled champion insisted that he had won the fight.

Four years later, it was Kenny Bayless‘ turn to officiate Pacquiao-Marquez II. This time, with Marquez defending his WBC junior lightweight belt in March of 2008 at the Mandalay Bay in Las Vegas, Bayless knew what to expect, having watched the preview.

“In the first fight, after Marquez went down three times in the first round, I knew that they were flash knockdowns,” said Bayless. “To see Marquez come back like he did in those middle rounds, that’s where I was saying, ‘Gee whiz, this guy is unbelievable.'”

Bayless got what he expected in Pacquiao-Marquez II, which featured a third-round knockdown of Marquez. Marquez lost a controversial split decision in a fight that left both combatants with cuts on their faces, and Pacquiao wearing Marquez’s WBC junior lightweight belt over his own blood-stained trunks. 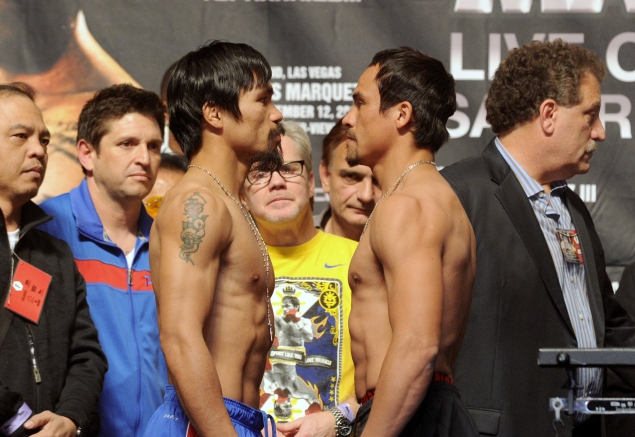