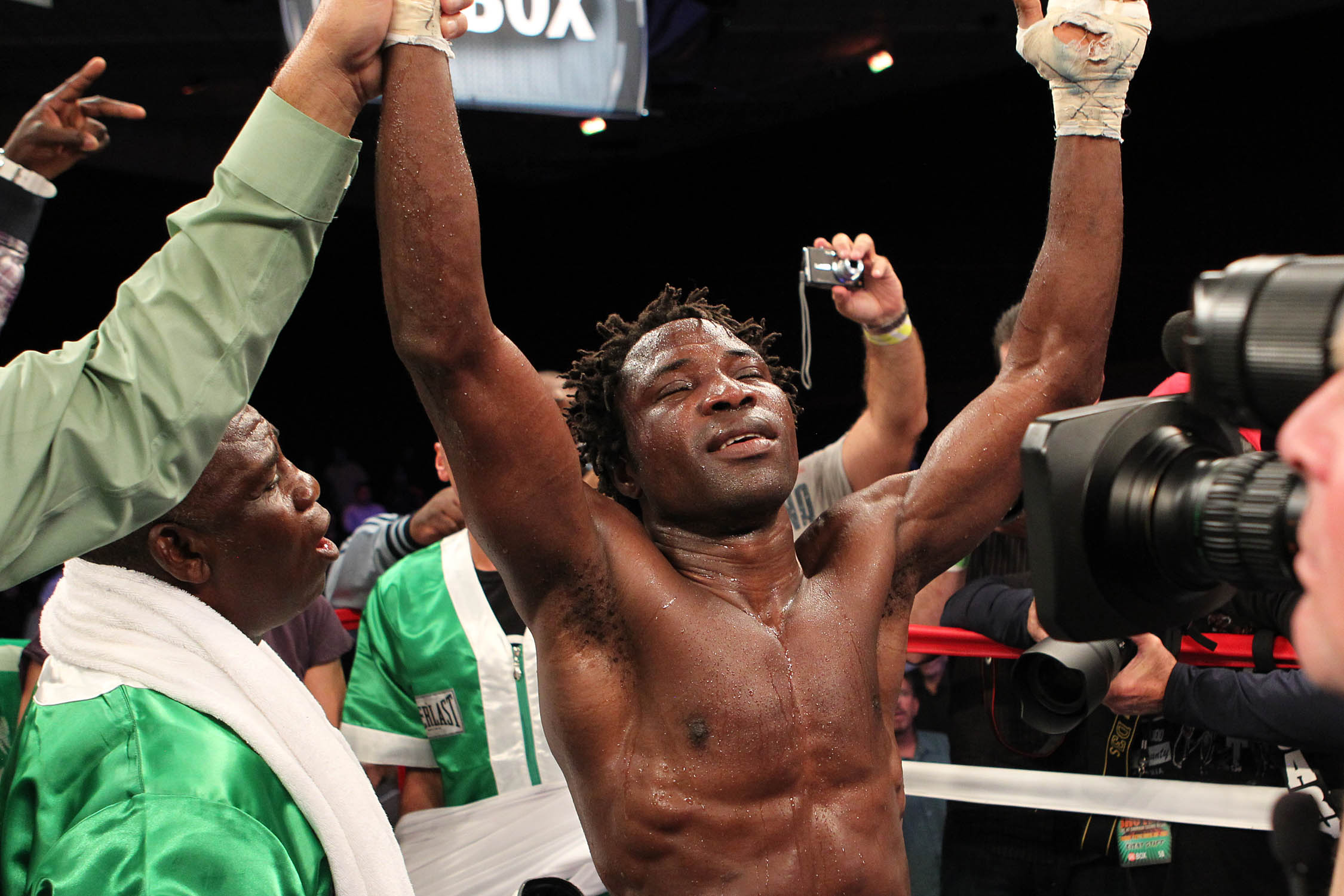 Neither Ajose Olusegun nor Ali Chebah are in the class of Erik Morales, but the two junior welterweight fringe contenders proved their mettle over the course of their 12-round elimination bout for the WBC 140-pound belt held by the Mexican legend. 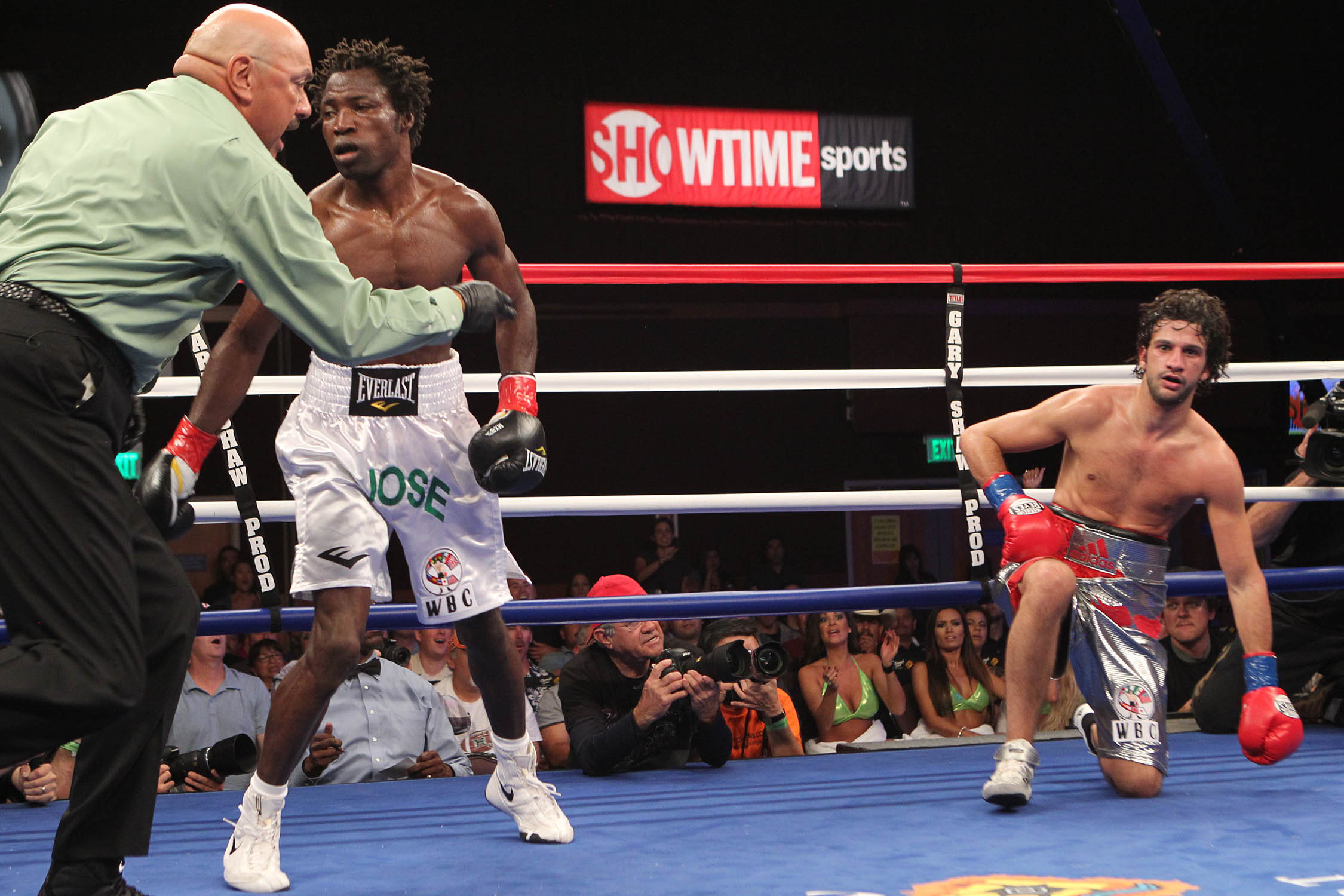 The 31-year-old southpaw certainly deserved the decision. He scored two knockdowns in the third round and controlled most of the action with his unorthodox and aggressive stick-and-move style. However, the New York City-based Nigerian’s winging haymaker-style punches left him open for Chebah’s return fire, and his occasional showboating invited mini-rallies from the gutsy Quebec-based Frenchman.

Chebah (35-2, 28 KOs) lacked Olusegun’s speed and athleticism but he made up for it with better technique, steady pressure, a consistent offense and lots of heart. The lanky 26-year-old boxer immediately got up from two knockdowns — the first from a punch to the back of his head and the second from a straight left — and finished the third round strong.

He gave as good as he got in a wild fourth round and had sporadic success in the middle and late rounds whenever he could maneuver Olusegun to the ropes. However, the more mature fighter was the more energetic and accurate of the two in the final two rounds.

Olusegun, who is now Morales’ mandatory challenger, may not have earned a spot in THE RING’s junior 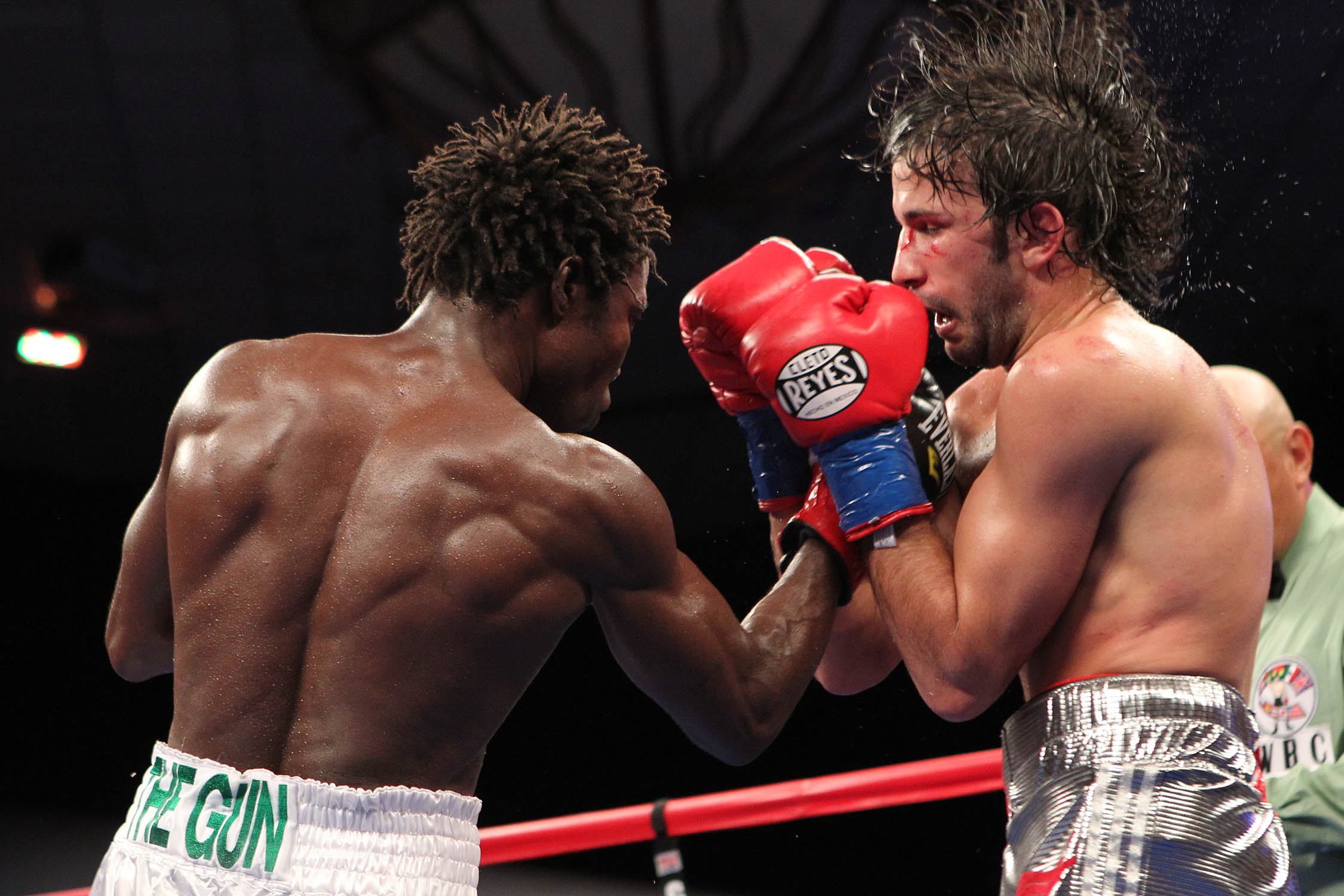 welterweight ratings, where the Mexican veteran is ranked No. 7, but he showed that he would be a handful for any world-class 140 pounder.

In the opening bout of the Showtime broadcast, undefeated lightweight standout Darley Perez stopped hardnosed gatekeeper Oscar Meza after the sixth round of a scheduled 10-round bout.

Perez (23-0, 18 KOs), the faster and more skilled of the two lightweights, controlled the bout with his jab, lateral movement and counter right hands. Meza (22-5, 18 KOs) pressured Perez with a hard left hook to the body in the early rounds, but the 28-year-old Colombian answered back whenever he was nailed with a punch, including the fourth round when Meza landed a staggering right hand.

That right cross was Meza’s only “moment.” Perez walked down and teed off on the 24-year-old Mexican, who suffered nasty cut over his left eye, in rounds five and six. Meza’s corner had seen enough after the sixth and informed referee Tony Crebs that their fighter was done fighting for the night.

It was an impressive victory for Perez. Coming into Friday fight, Meza had only lost twice over the past five years, a span that included 18 fights, to unbeaten prospect Mercito Gesta and current WBA titleholder Brandon Rios.