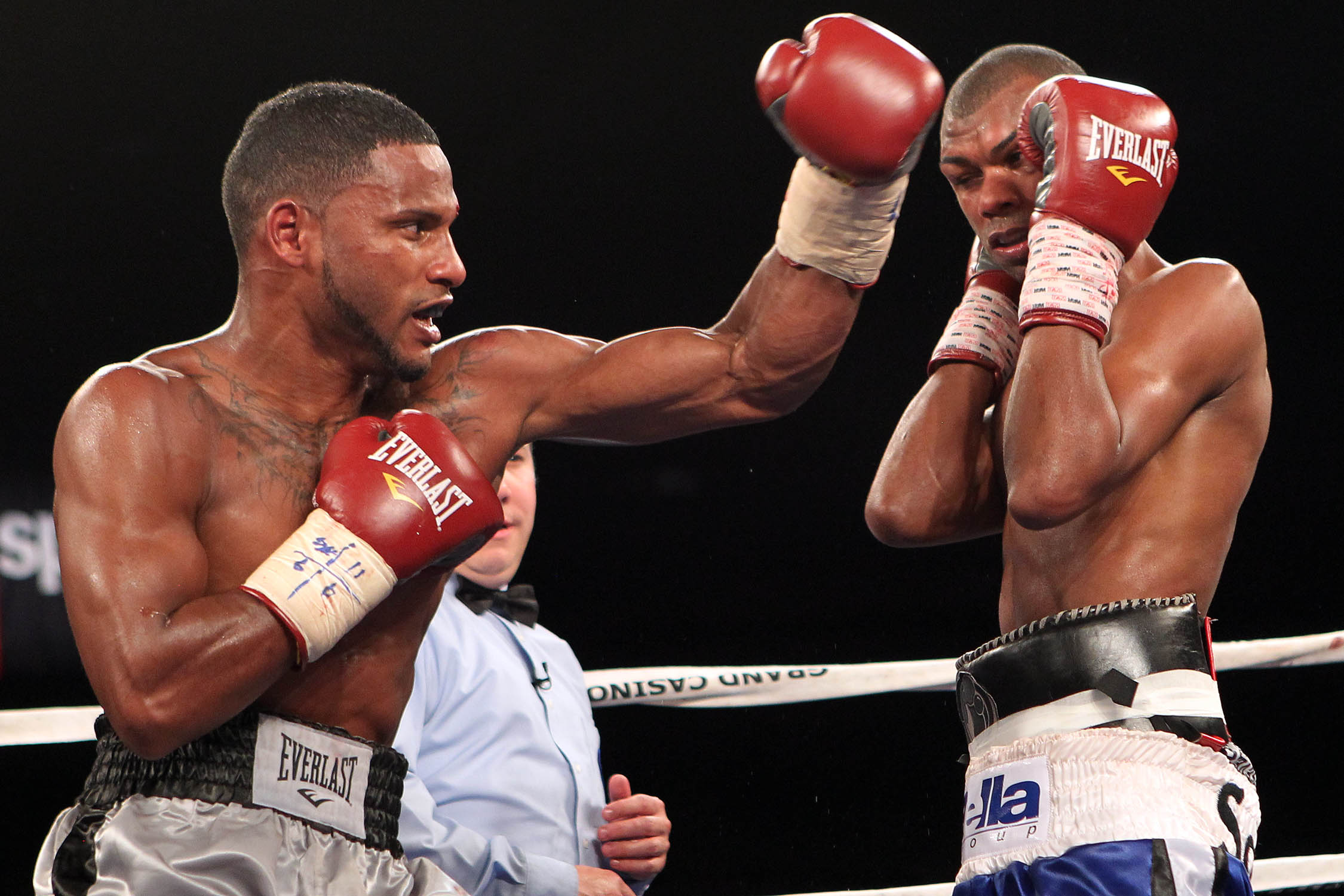 Hector Sanchez had a decided edge in height, reach, technique and experience over Vincent Arroyo in their ShoBox main event from Hinckley, Minn., on Friday, but Arroyo would not be denied over 10 brisk rounds.

Arroyo, the shorter and lesser skilled of the once-beaten welterweight prospects, scored a unanimous decision by scores of 98-92, 98-92 and 96-94.

The lopsided 98-92 scores do not indicate the competitive nature of the bout, but Arroyo (12-1, 7 knockouts), who had the edge in one crucial department — punching power — deserved to win the entertaining bout.

The 24-year-old boxer-puncher from Buffalo, N.Y., was the aggressor throughout the bout. He also landed the harder punches, mainly his left hook, which had Sanchez out on his feet for most of the eighth round.

However, Sanchez (19-2, 9 KOs), who was coming off a stoppage loss to Cleotis Pendarvis and one year of inactivity, boxed well in the early rounds and showed exceptional heart in the final two rounds of the bout.

The 25-year-old boxer from Puerto Rico made good use of his freakish 6-foot-2 frame and 76-inch wingspan by boxing from a distance during the first three rounds. Sanchez, who rocked Arroyo with hooks in the second round, controlled the early rounds with his jab and lateral movement.

"I believe that he was controlling the first four rounds," Arroyo told RingTV.com. "I believe that I was landing shots in the fourth round, and then, in the fifth and the sixth and going into the seventh round, I was getting stronger and I was more consistently keeping the pressure on him."

Indeed, Arroyo gradually worked his way in close and began to force Sanchez to the ropes as early as the fourth round. By rounds five and six, Arroyo found that he was able to punish the lanky boxer’s body and head with left hooks whenever he could pin his foe to the ropes. Sanchez became hesitant during the middle rounds and Arroyo took advantage of it. He was finally able to hurt Sanchez with a hard counter hook to the jaw midway through the eighth round.

Sanchez was bullied around the ring for the rest of the round, and though he managed to remain on his feet, his body resembled a wet noodle as he trudged back to his corner at the sound of the bell.

However, Sanchez stood his ground and traded inside punches with Arroyo in the ninth round before staging mini-rally in the middle of the 10th. Arroyo got the better of Sanchez during most of their exchanges, but the former Puerto Rican amateur standout showed some promise by sucking it up in the late rounds.

Arroyo, whose only loss is a competitive six-round decision to then-unbeaten Mike Dallas Jr., showed that he has the will power and heavy hands to overcome more gifted fighters.

"I showed a lot of courage and I showed a lot of heart and I showed that I have what it takes to be something in this game," Arroyo said. "There are a lot of talented fighters out there, but if I ever reach the level I believe that I'm truly capable of, I can be untouchable. I can punch with both hands, I can let my hands go, I just have to come out of my shell."

In the co-feature of the Showtime broadcast, cruiserweight prospect Lateef Kayode remained unbeaten with a 10-round unanimous decision over Felix Cora Jr. 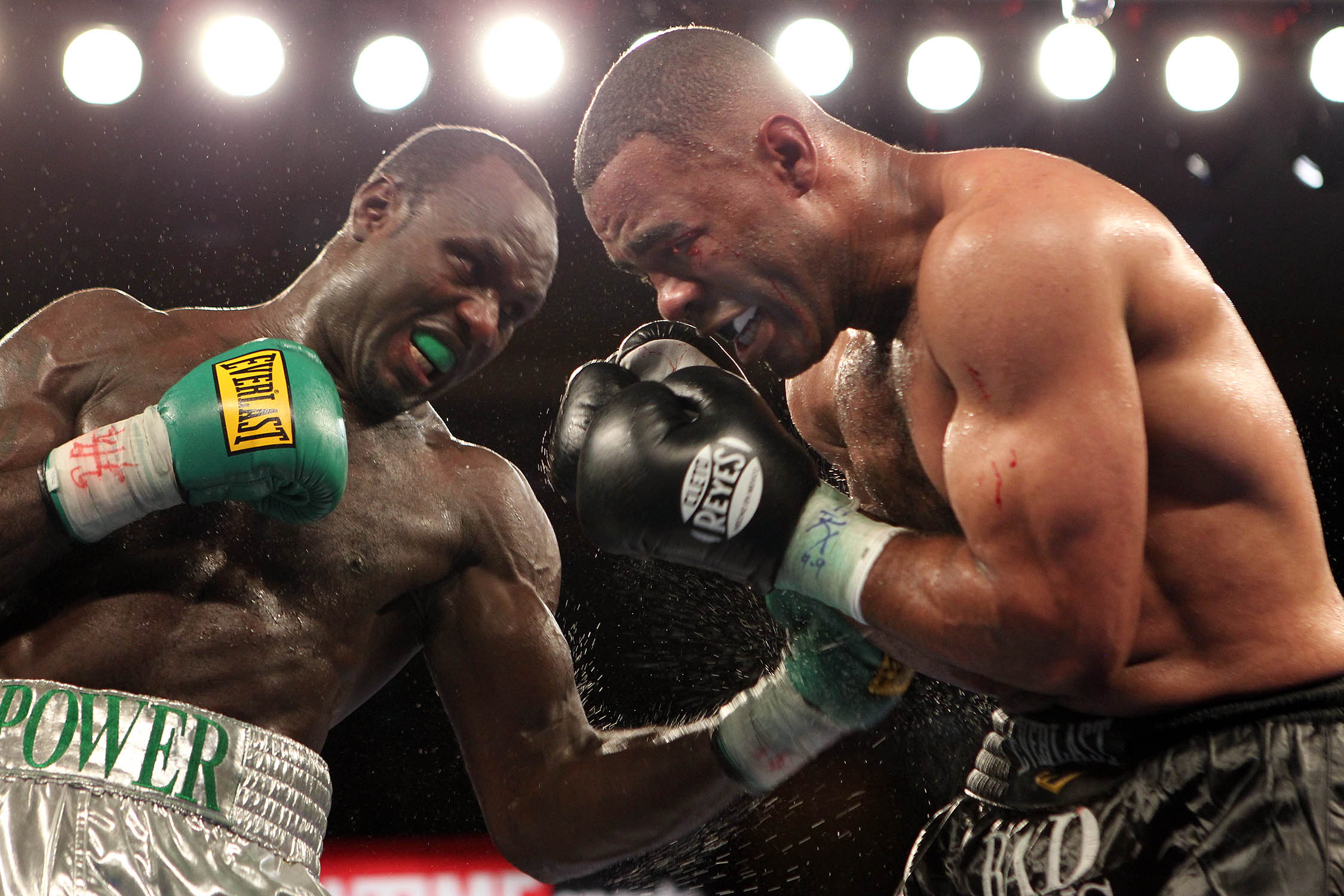 Kayode, who lives and trains in Hollywood, Calif., with celebrated trainer Freddie Roach, has immense physical strength go with his glossy record and Adonis physique, but his technique can only be described as raw.

Kayode was able to keep Cora (22-6-2, 12 KOs) on the move and the defensive with his aggression during the first half of the bout but the 31-year-old southpaw from Galveston, Texas, found that he could catch the prospect with right hooks and even back him up when he pressed forward. Cora scored well late in the ninth round and the two cruiserweights traded punches on even terms in the 10th.

Kayode did enough to earn the victory against Cora, who had lost three of his last six bouts coming into Friday’s fight, but he showed that he’s not ready for the imminent title shot his management has talked about since the start of the year.

Lem Satterfield contributed to this report.