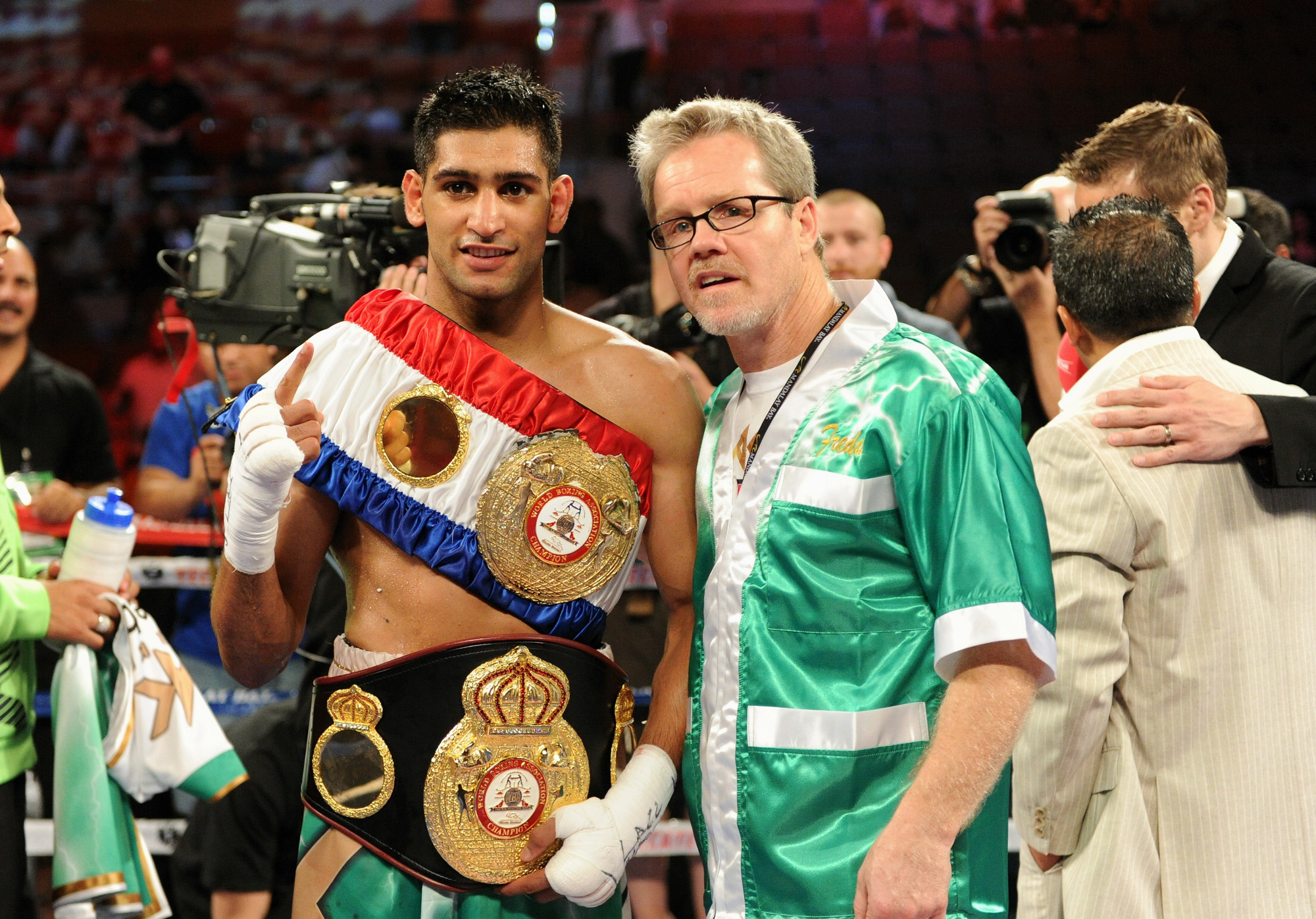 Junior welterweight titleholder Amir Khan did more than add the IBF belt to his WBA 140-pound strap when he dominated Zab Judah to a fifth-round KO on Saturday in Las Vegas.

The 24-year-old British star’s perfectly executed game plan displayed his potentially elite-level skill and talent, which advanced his status within the sport.

THE RING, which rated Khan No. 2 and Judah No. 6 among junior welterweights last week, has upgraded the 2004 Olympic silver medalist to the No. 1 spot, bumping Timothy Bradley from his perch.

Bradley, the undefeated WBC/WBO titleholder from Palm Springs, Calif., was originally scheduled to face Khan (26-1, 18 knockouts) on July 23, but the 27-year-old standout opted out of the fight for a number of legal and business reasons. 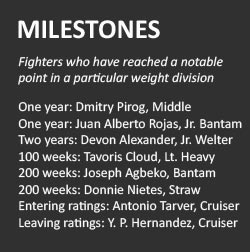 Bradley (27-0, 11 KOs) has not fought since unifying the WBO and WBC belts by beating Devon Alexander by technical decision in January.

His inactivity was a factor in being dropped from No. 1 to No. 2, according to Nigel Collins, Editor-in-Chief of THE RING magazine.

“Virtually all of the discussion this week between the editors and the Ratings Advisory Panel focused on whether or not Amir Khan’s KO victory of Zab Judah was enough to elevate Khan to the No. 1 contender position, which was held by Tim Bradley going into last Saturday’s fight,” Collins said. “Although there was one dissenting vote, every other Panel Member responding argued that Khan deserved the top spot due to Bradley’s inactivity. The Editorial Board agreed with the majority and installed Khan at No. 1. Ironically, as it now stands, it would still take a bout between Khan and Bradley to fill THE RING championship vacancy at 140-pounds.”

Bradley is involved in a lawsuit with his co-promoters Gary Shaw and Ken Thompson, which could keep him in legal red tape through the rest of the year, but Khan intends to stay busy.

Golden Boy CEO Richard Schaefer, who represents Khan, said the WBA and IBF 140-pound titleholder will fight again in December (probably the U.S.), then again in early 2012 before returning to the UK next summer.

Perhaps Bradley will be clear of his legal issues in time for one of Khan’s bouts in the first half of 2012. If not, the plan is for Khan to invade the welterweight division in the fall or winter of next year.

Hopefully, a Khan-Bradley showdown to determine who the real champion is at junior welterweight is still a possibility.

Cruiserweights: Antonio Tarver debuts at No. 6 after stopping Danny Green (No. 6 last week). Green plummets to No. 10, forcing out Yoan Pablo Hernandez (No. 10 last week).

Junior welterweights: Following his knockout of Judah (No. 6 last week), Khan (No. 2 last week) replaces Bradley at No. 1, while Bradley slips to No. 2 and Judah falls to No. 9. Lucas Matthysse (No. 7 last week), Lamont Peterson (No. 8 last week), and Erik Morales (No 9 last week) all climb one ring each due to the realignment.