Khan ready to fight anyone, including Mayweather, after dominating Judah 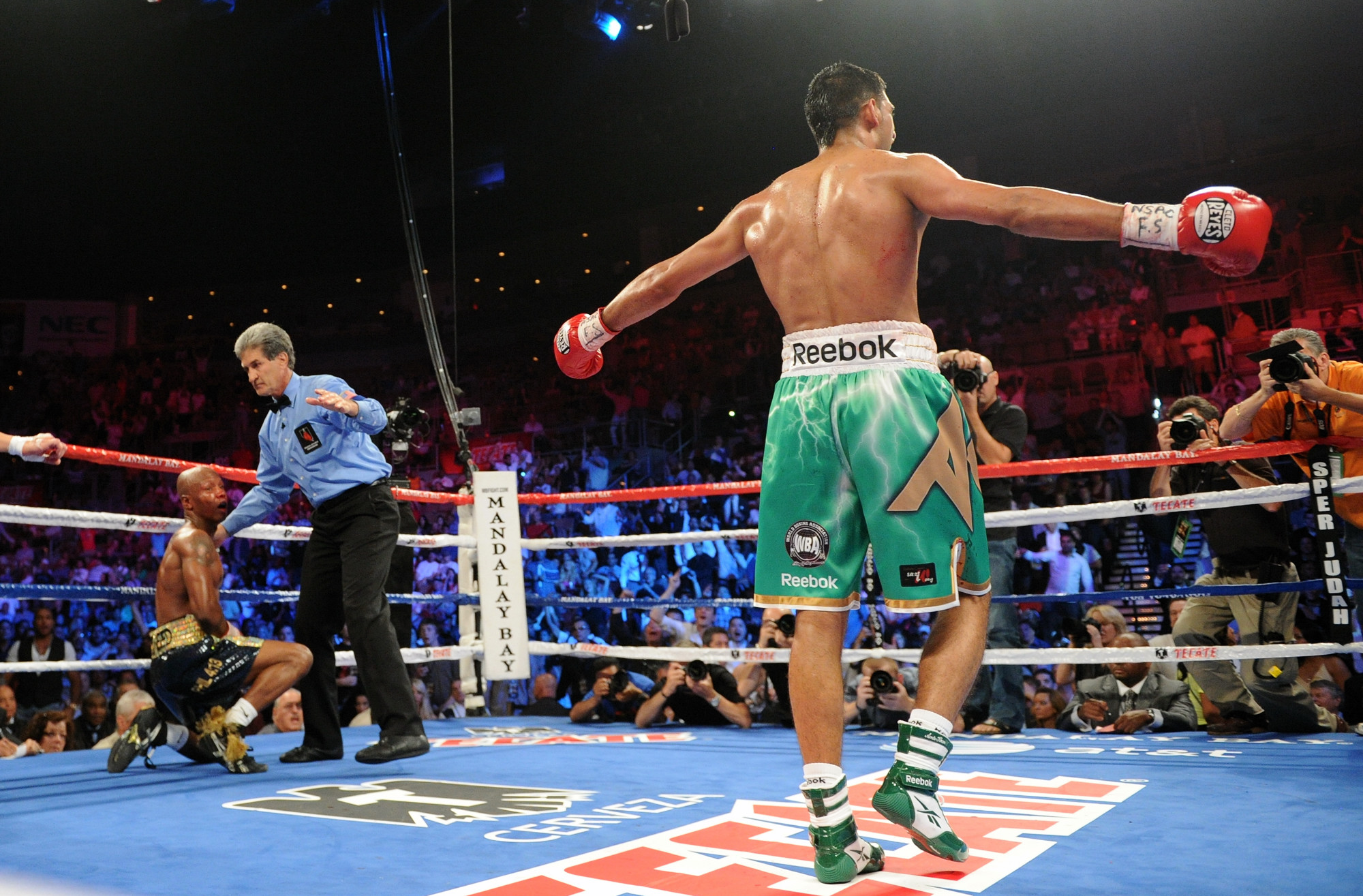 LAS VEGAS — Amir Khan may not have the best chin in the 140-pound division but he doesn’t fight like a guy who can’t take a punch.

The 24-year-old titleholder from Britain likes to mix it up in the ring and wants to prove his mettle to whomever doubts his warrior’s heart. It’s a characteristic that some believed would lead to his downfall against Zab Judah on Saturday.

Khan was a 4-to-1 favorite to beat Judah but many in the boxing industry liked the 33-year-old veteran’s chances when the 140-pound titleholders met at the Mandalay Bay. The odds makers had it right. The fight wasn’t even close.

Khan (26-1, 18 knockouts) out-boxed, outworked and generally outclassed Judah for four rounds before dropping the southpaw to his hands and knees with right hand to the body near the end of the fifth round. The Brooklyn native remained on the canvas for referee Vic Drakulich’s full 10 count, ending the one-sided contest at 2:47 of the fifth round. 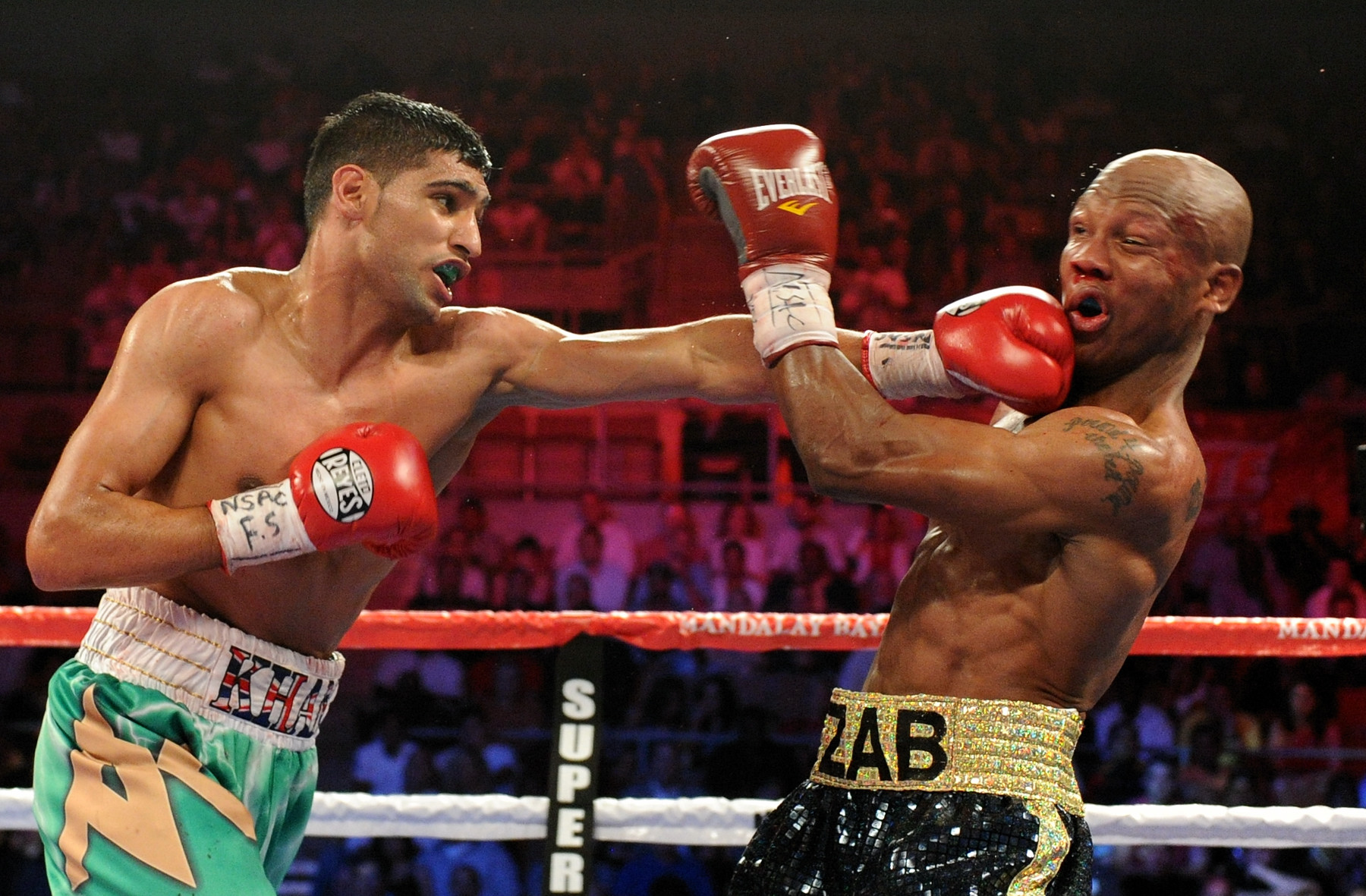 Judah (41-7, 28 KOs) complained that Khan’s body shot was low. It landed right on the beltline. Perhaps a little bit of Khan’s glove strayed below the belt as he twisted the powerful shot into Judah’s pelvis.

But in truth, it didn’t matter where the punch landed. Even if Drakulich called the blow a foul and gave Judah as much as 5 minutes in recovery time, the fight was essentially over by the start of the fifth round.

Khan took Judah’s heart and will in the first four rounds and the former welterweight champ and three-time 140-pound beltholder was looking for a way out. The borderline low blow was as good an escape route as any for Judah.

He might have been able to recover his wind had he survived the fifth round but he wasn’t going to find answer for Khan’s speed, power, technique, angles and in-and-out footwork.

Judah tried his best to time the young titleholder with counter punches and set traps as Khan jumped in with quick two- and three-punch combinations, but the younger man possessed the superior speed and timing.

Bottom line: Khan was the superior fighter. But he was humble and gracious in victory.

“Zab was very awkward and difficult to hit,” Khan said during the post-fight press conference. “I had to be careful because of his power. He caught me a few times.” 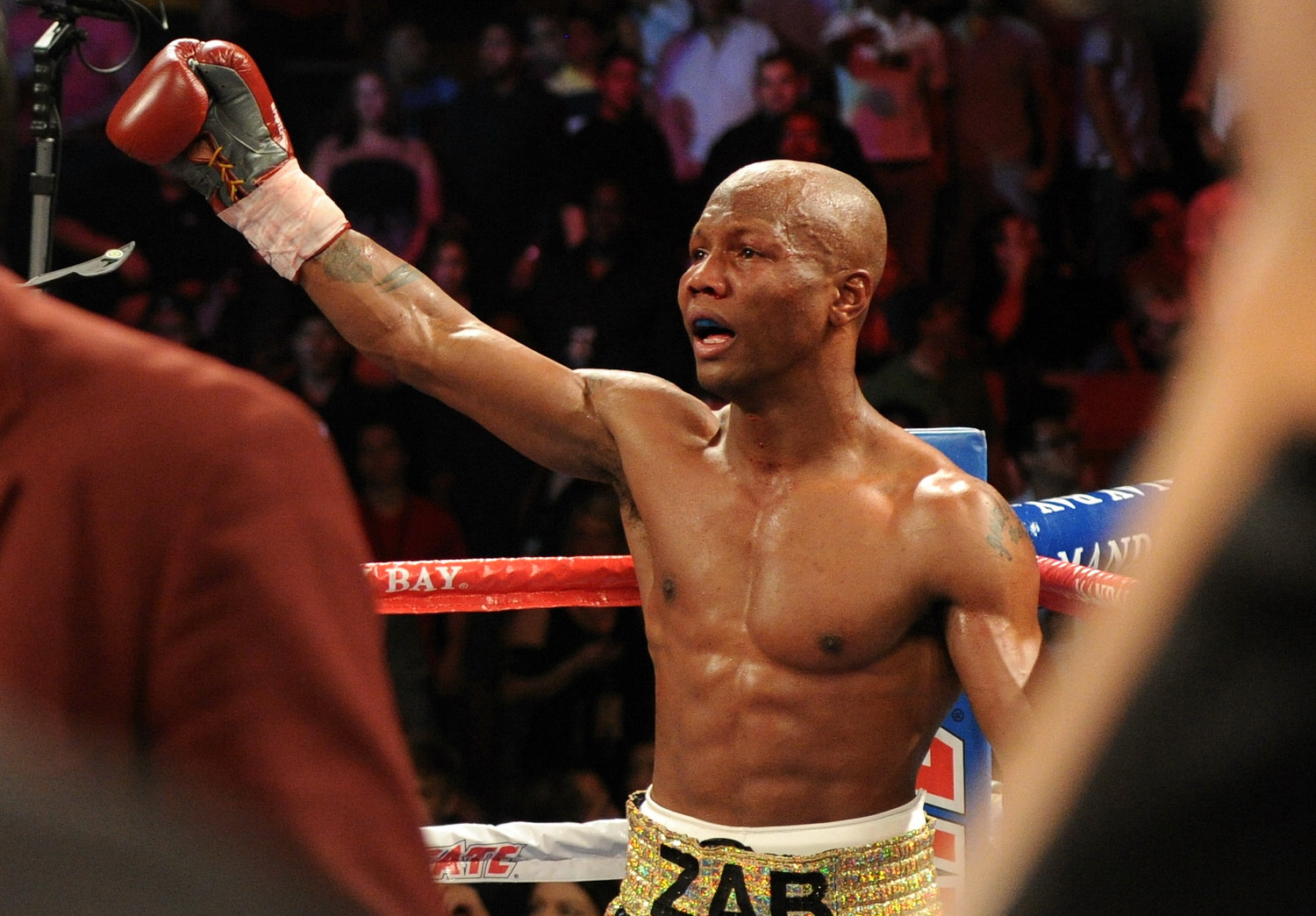 Judah landed a nice right hook in the first round, but Khan — who was stopped in one round by unheralded Breidis Prescott in a 2008 lightweight bout — took the shot without problem.

But he doesn’t think Judah’s lost anything off his fastball.

“I think he’s still got a lot left in the tank and can come back and win a title,” Khan said.

Maybe, maybe not. The media was more interested in Khan’s future than Judah’s. Talk immediately moved to a potential super-fight between the British star and established American superstar Floyd Mayweather Jr., who fights WBC welterweight titleholder Victor Ortiz in September.

“It’s a fight that can definitely happen, maybe in 2012,” Khan said. “It’s good for a fighter to have ambition. It’s good to have goals, and like every fighter, I want to climb to the top of the pound-for-pound list. But there’s no rush. I’m only 24. Hopefully, by the time I’m 25 I can have one fight at 147 (pounds) and then we can go after the best in that division.”

“Khan will be back at 140 pounds in the U.S. in December and then again in the U.S. in early 2012, and then he can make his welterweight debut in the UK in front of his British fans,” Schaefer said. “After that, I think he’ll be ready for whoever is on top of the welterweight division at that time.” 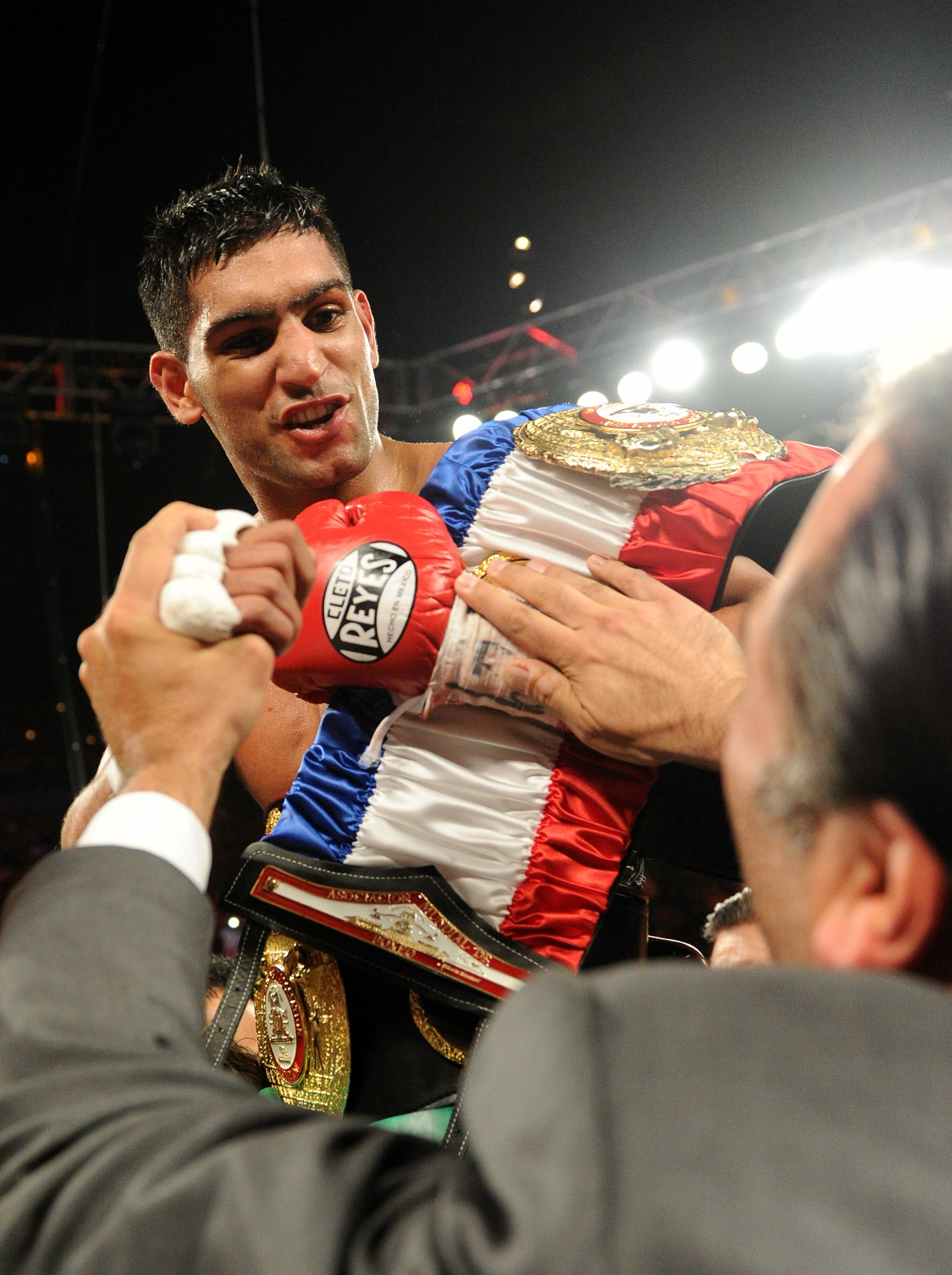 In the meantime, Khan needs an opponent for December. The logical choice would be Timothy Bradley, THE RING’s No. 1-rated junior welterweight. But the undefeated Californian rejected an offer to fight Khan on the July 23 date that Judah accepted. And now Bradley is involved in a lawsuit with his co-promoters Gary Shaw and Thompson Boxing Promotions that could keep him wrapped in legal red tape past the end of the year.

“If Guerrero beats Maidana, his name is definitely on the list of opponents for December,” said Khan, who narrowly out-pointed Maidana last December.

Others brought up Prescott, who fights Paul McCloskey, another Khan victim, on Sept. 10.

“Prescott has to beat McCloskey first and I think McCloskey will win that fight, but of course, he’s someone I could fight in December,” Khan said. “I want to avenge my one loss.

“One thing about me is that I’ll fight anyone. I’ve proven that.”

All photos by Naoki Fukuda