Promoter Hatton confident in his prospects 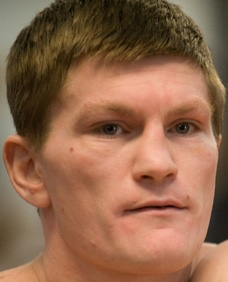 The three Englishmen were in action in Wigan this past weekend, enjoying comfortable wins as they continue their progress toward possible title shots.

And, after each of the prospects penned new deals with Hatton Promotions on Monday morning, President Hatton predicted they are destined to reach the summit of their respective divisions.

"They will all be world champions, and I am delighted and honored the lads have put their future in my hands. I intend to repay them by steering them to world titles," said Hatton, a former two-weight titleholder.

“Martin is getting close, Anthony’s chance should come inside 18 months and Joe is one of the best young talents in British boxing. I think the lads can identify with me and see what the entire team at Hatton Promotions is trying to achieve.”

The three fighters are expected to be back in the ring in the fall.