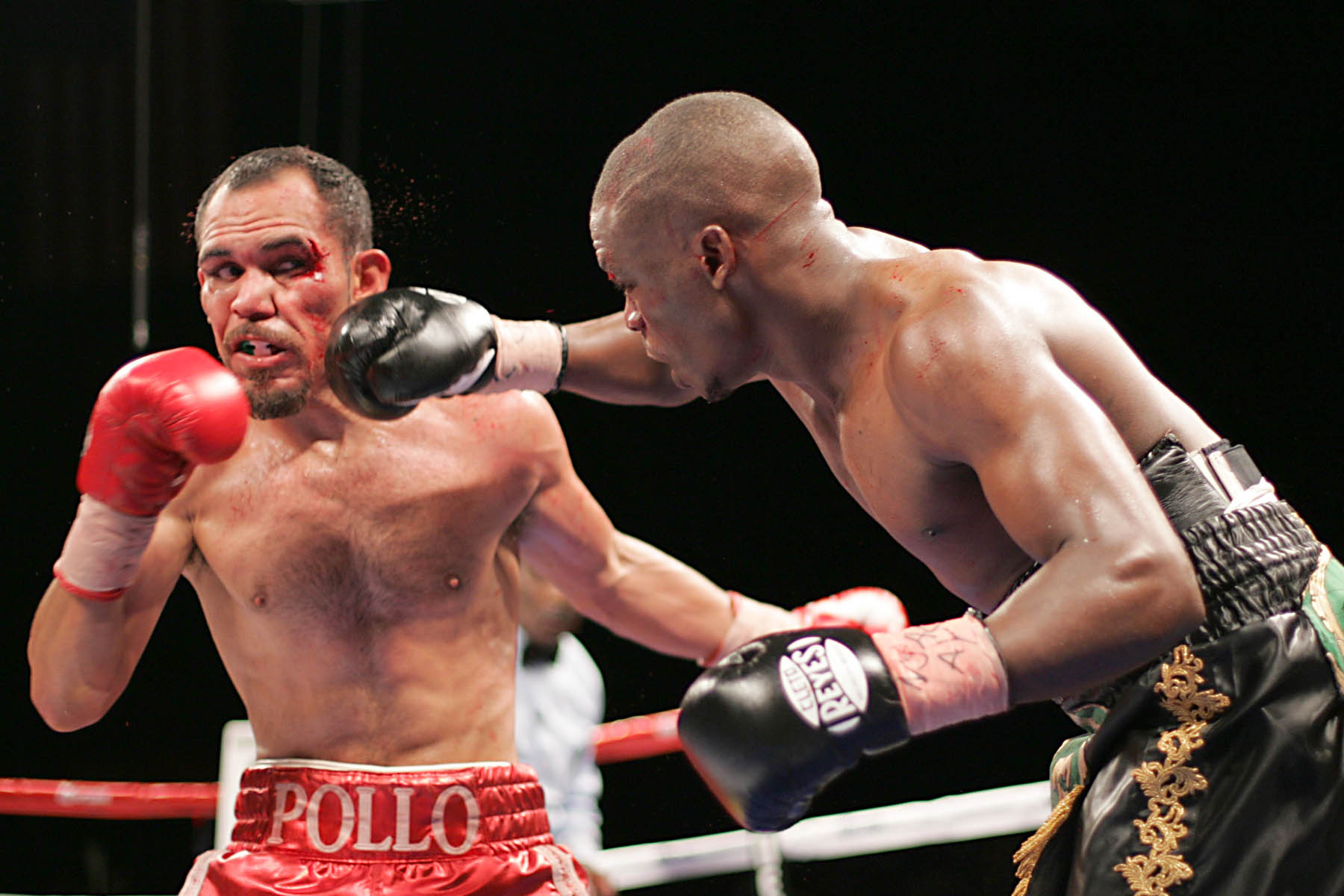 Lightweight prospect Sharif Bogere was lucky to hold onto his undefeated record after his bloody and hotly contested 10-round ShoBox: The New Generation main event against Raymundo Beltran in Primm., Nev., on Friday.

Bogere (20-0, 13 knockouts), of Las Vegas by way of Uganda, won a hard-fought unanimous decision by scores of 97-93 and 96-94 (twice). The fight, however, could have gone to Beltran (24-5, 16 KOs), of Phoenix, Az., by way of Mexico, who was the aggressor throughout the Showtime-televised bout and should have been credited with a knockdown in round eight, when a left uppercut rocked Bogere and forced the shorter man to tackle him on his way to the canvas.

Showtime's commentators, Steve Farhood and Curt Menefee, both scored the bout a draw.

Regardless of the scoring, fans were treated to an entertaining and evenly matched fight. Bogere pitted his athleticism and looping right hand against Belteran's experience and counter left hook. Beltran pressed the action and outhustled his younger foe on the inside, while Bogere boxed well in spots, especially in the late rounds, showing more ring savvy than most 22-year-old prospects.

Only repeated headbutts marred the bout. The heads of the two lightweights clashed at least 10 times during the fight. Beltran was cut on the outside of his left eye in the third. Bogere sustained a severe gash across his left eyelid at the end of the fourth. However, neither fighter allowed the flow of blood (and there was a lot it) to hamper their attack or game plan.

The fight was a good gut check for Bogere, who picked up the vacant NABO title with his strong effort, and the experience should serve him well in future distance bouts.

Beltran should not be discouraged by the loss. The 29-year-old veteran best known for his role as one of Manny Pacquiao's top sparring partners gave a very talented lightweight prospect hell for 10 rounds and he made for a good fight.

Unbeaten heavyweight prospect Seth Mitchell (22-0-1, 16 KOs) knocked out Evans Quinn (20-6-1, 18 KOs) in the first round of the Showtime-televised co-featured bout.

Mitchell, a 28-year-old former college football standout from Maryland who started boxing at 25, quickly pinned Quinn against the ropes and sent the 27-year-old Nicaraguan to the canvas after landed a hard right hand followed by a number of hard body shots. Quinn stayed on his hands and knees for referee Joe Cortez's full 10 count.