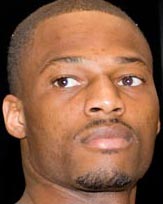 The Top 10 pound for pound lists of RingTV.com Co-Editors Michael Rosenthal and Doug Fischer, submitted as members of the voting panel for the Yahoo! Sports monthly poll, are set going into 2011.

As we know, though, pound-for-pound rankings live and breathe. They can and will change in the coming year as the best fighters in the world face their elite counterparts in the ring.

Here are the fighters we believe are the best regardless of weight and what their prospects are of remaining on the lists.

MANNY PACQUIAO
Rosenthal: No. 1
Fischer: No. 1
The Filipino star, driven solely by money for the remainder of his career, might never again face an opponent with a realistic chance of defeating him. Few give Shane Mosley much of a chance in their May 7 fight in Las Vegas. So Pacquiao’s hold on the top spot seems to be safe for the foreseeable future.

FLOYD MAYWEATHER JR.
Rosenthal: No. 2
Fischer: No. 2
The most-talented boxer in the world could lose his position on the list because of inactivity if his legal problems keep him out of the ring for too long. He last fought on May 1. No one knows when (if?) he might fight again.

SERGIO MARTINEZ
Rosenthal: No. 3
Fischer: No. 4
The Argentine has faced four top-level opponents in succession – Kermit Cintron, Paul Williams, Kelly Pavlik and Williams again – and deserves a break. That could come in the form of Sebastian Zbik or Andy Lee in his next fight, which probably means his position here is safe for now.

ANDRE WARD
Rosenthal: No. 4
Fischer: Not ranked
Ward will have to work hard to remain here in 2011. The former Olympic gold medalist faces still-dangerous Arthur Abraham and, if he wins, the winner of Carl Froch-Glen Johnson for the Super Six World Boxing Classic championship. The winner of the tournament then probably gets Lucian Bute as a reward.

JUAN MANUEL LOPEZ
Rosenthal: No. 5
Fischer: No. 10
The all-action Puerto Rican star probably will fight (and beat) Teon Kennedy on April 16 but could face Rafael Marquez in a rematch or talented Cuban Yuriorkis Gamboa in the summer or fall, either of whom would provide a serious test of his staying power.

TIMOTHY BRADLEY
Rosenthal: No. 6
Fischer: Not ranked
Bradley’s place on the pound-for-pound lists might not extend beyond Jan. 29, the date on which he faces Devon Alexander in a fight most observers believe will be extremely competitive. And even if he wins, a deep 140-pound division ensures more stiff challenges ahead.

WLADIMIR KLITSCHKO
Rosenthal: No. 7
Fischer: No. 5
Will we finally see David Haye vs. a Klitschko in 2011? The sides seem to be serious about a long-awaited showdown, according to reports, but we’ll believe it when we see it. Haye represents the principal threat to the Klitschkos’ firm hold on their positions on pound-for-pound lists. Tomas Adamek also is a legitimate opponent.

VITALI KLITSCHKO
Rosenthal: No. 8
Fischer: No. 6
See above.

JUAN MANUEL MARQUEZ
Rosenthal: No. 9
Fischer: No. 3
The future Hall of Famer has done an admirable job of rebuilding his pound-for-pound status after his debacle against Mayweather. He thrashed Juan Diaz and Michael Katsidis in 2010. Now what? Marquez-Marcos Maidana would be terrific. Marquez-Erik Morales wouldn’t. It will be interesting to see whether a 37-year-old warrior can remain here.

FERNANDO MONTIEL
Rosenthal: No. 10
Fischer: No. 7
Montiel will face a significant challenge to his position here when he fights equally talented Nonito Donaire on Feb. 19. If he wins, he’ll become a true star. If Donaire wins, the Filipino-born American probably will replace Montiel on pound-for-pound lists in what would be a break-through victory.

PONGSAKLEK WONJONGKAM
Rosenthal: Not ranked
Fischer: No. 8
The longtime flyweight stalwart, who fights journeyman Roland Latuni on Jan. 6, could next face Daisuke Naito a fifth time (Wonjongkam is 2-1-1 against his Japanese rival) or capable Mexican Edgar Sosa. Either way, Wonjongkam will have to work to maintain his position here.

TOMASZ ADAMEK
Rosenthal: Not ranked
Fischer: No. 9
The Polish heavyweight is scheduled to fight TBA – Roy Jones Jr.? Denis Boytsov? Jean Marc Mormeck? – in April in his native country. After that, he will continue his quest to get either of the Klitschko brothers in the ring for a big payday and an opportunity to prove he can be a force in the division. Roy Jones Jr.? Please, no.