THE RING February 2011 issue at a glance 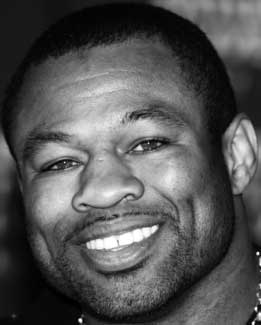 By now, most of you have read quite a lot about THE RING’s redesigned format and the launch of the Digital Edition. But a new look and a new technology is only part of what makes the February 2011 issue so special. The articles contained in the issue are also of exceptional quality.

The cover story, “Manny Pacquiao: Which Way Will He Go?” is by RingTV.com Co-Editor Michael Rosenthal, who was ringside in Arlington, Texas, for the Pacquiao-Antonio Margarito fight. Not only is the fight analyzed, Rosenthal’s insightful article reveals the most likely scenario for Pacquiao’s future – both in and out of the ring. (See below for more on this and other featured stories.)

“The Punch that Changed Everything” is Managing Editor Joseph Santoliquito’s coverage of middleweight champion Sergio Martinez’s one-punch kayo of highly regarded Paul Williams. Santoliquito delivers the inside story of how a last-minute change in Martinez’ fight plan was instrumental in his spectacular victory.

Award-winning contributor Don Stradley examines Juan Manuel Lopez’s TKO of Rafael Marquez in “JuanMa Makes Marquez Quit: Bring on Gamboa.” Along with the fight itself, Stradley also answers a number of intriguing questions, including: Is Lopez’s chin still an issue? Did Marquez have anything left after his four bouts with Israel Vazquez? Should there be a rematch? Was beating Marquez a signature win or not?

“Haye Makes Quick Work of Reluctant Harrison” by longtime European correspondent Brian Doogan delves into the dismal fight between WBA heavyweight titleholder David Haye and fellow Brit Audley Harrison. Despite creating much interest among British fans (there was a capacity crowd of more than 20,000 at the MEN Arena and a healthy pay-per-view audience of around 700,000), Harrison gave a pitiful performance and was stopped in the third. Doogan also draws comparisons between the fight and the Lennox Lewis-Frank Bruno showdown in 1993, the most-recent previous heavyweight title fight between two British fighters.

Contributing Editor Eric Raskin pays tribute to one of the sport’s most beloved figures in “The Super Sub: 41-year-old Glen Johnson Pumps New Life into the Super Six.” Johnson’s knockout of Allan Green earned him a spot in the semifinals of Showtime’s super middleweight tournament and the “Road Warrior” tells Raskin how dropping down from the light heavyweight division made him a better fighter. Johnson also gives his take on the other three remaining fighters – Andre Ward, Carl Froch, Arthur Abraham – who are still part of the Super Six.

In what has become a tradition, Senior Writer William Dettloff peers into his crystal ball for his annual “Look Ahead.” This 10-page section includes an examination of what went right and what went wrong in 2010, and what it means for 2011, lists 10 fights we’d like to see in the coming year, a wish list for 2011, and prediction for the next 12 months. The section ranges from discerning analysis to laugh-out-loud humor, written in Bill’s distinctive style.

Also in the February issue:

ÔÇó Ryan Out Loud,” in which columnist Jeff Ryan covers a number of subjects ranging from fighters who fight on past their primes to the possible demolition of the Astrodome.

ÔÇó Columnist Ivan Goldman takes a final shot at Antonio Margarito and, among other topics, hands out a passel of Magoos to those he feels have failed the sport in a variety of ways.

ÔÇó The irrepressible Jim Bagg casts a critical eye on the latest crop of Cuban fighters, ESPN2’s “A Salute To America’s Heroes” broadcast team, and Allan Green’s foolish protest of his knockout loss to Glen Johnson in Bagg’s always cantankerous “Hitting on the Break” column.

ÔÇó “Showdown” is a nuts-and-bolts analysis of the highly anticipated Devon Alexander-Timothy Bradley junior welterweight clash and predicts the winner.

ÔÇó All this and much, much more is in the February issue that goes on sale today in both the traditional paper magazine and the new digital edition.

The following provides you a glimpse of each featured article.

MANNY PACQUIAO
Which Way Will He Go
By Michael Rosenthal

Michael Koncz, Manny Pacquiao’s long-time advisor, was responding to the notion that his client has somehow avoided African-American fighters when he revealed as clearly as possible the blue print for Pacquiao’s future.
“The selection of opponents for Manny has nothing to do with race, creed or color,” an exasperated Koncz told fanhouse.com. “It’s all about business. And they can cry all that they want. It’s all about economics now with Manny’s career. We have the luxury of doing that because Manny has proven to the world that he’s got nothing left to prove.
“If there are any boxing people out there who doubt him, then, to hell with them.”
What does that mean?
It means that Pacquiao’s primary goal for the remainder of his career is to make as much money as possible at the least possible risk, which is the most-basic premise of investing and the business of boxing, but not how we’ve come to view Pacquiao.

The expression said it all – the furrowed forehead and wincing eyes. Sergio Martinez just looked at his trainer, Gabriel Sarmiento, uncertain if he heard him correctly. It was just two days before Martinez would defend the world middleweight championship in a rematch against Paul Williams.
“You want me to do what?” Martinez said laughing, as he recalled Sarmiento’s scheme. “Scrap everything we’ve been working on the last two months for a whole new plan of attack, two days before the fight!”
Just a few inches to the left and a step backward was all Sarmiento was asking for. He’d figured out a move that would provide Martinez an open corridor to land the kind of one-punch knockout that changes careers and lives.

A LOOK AHEAD TO 2011
By William Dettloff

Boy, boxing really blew it this time. Here it could have made itself relevant again and all it had to do was get its two best fighters and biggest stars, Floyd Mayweather and Manny Pacquiao, into a ring and all would be right again with the world. It would be 1956 all over again. Well, maybe not 1956. Didn’t gangsters run things then? Maybe the ’40s. Wait. World War II happened in the ’40s, didn’t it? And the gangsters ran things. Let’s go back a little farther. Yes, the ’20s and ’30s. That’s it. The Charleston and Al Capone, hobos in boxcars, prohibition, no-decisions, newspaper guys on the take, and the Great Depression. Wait. Tell us again when everything was perfect in boxing?
It may be that 2010 will be remembered as the year boxing didn’t close the deal on its biggest fight, but not by the people who have been watching closely. Sure, the general sports fans and the guys who play golf or watch football all weekend and couldn’t tell you which one is Wlad and which one is Vitali, those guys will tell you boxing is in some serious trouble if it can’t even get its two top guys to fight. After all, look at the UFC. Look at how they do it. Their top guys fight every 11 minutes or they get kicked out of the league. Or something. Right?
Look at this sport closely. Look where it’s going. Mayweather-Pacquiao is one fight. A bunch of hype beforehand, almost certainly a letdown when it happens in terms of excitement, and then what? It’s one event. No sport lives on one event.