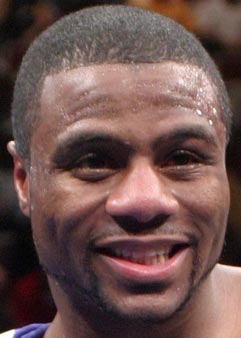 Jean Pascal, who faces Bernard Hopkins on Saturday in Quebec City, is just one of many fighters passionate French-Canadian boxing fans have embraced. Photo / Luc Grenier

Bernard Hopkins was not much of a ticket seller even during his peak years as the undisputed middleweight champ. But after his dismal foul-filled rematch victory over badly faded rival Roy Jones Jr. in April, many insiders wondered if the 45-year-old veteran could draw enough fans to fill a hotel ballroom if he ever fought again.

Those critics who are unfamiliar with Quebec's rich boxing history may have been surprised to learn that a sellout crowd of more than 16,000 bought tickets to witness Hopkins attempt to become the oldest boxer in history to win a world title against Jean Pascal on Saturday at the Pepsi Coliseum in Quebec City.

More than 15,000 of those tickets were purchased within 48 hours of going on sale, according to Pascal’s promoter, Yvon Michel, whose company Groupe Yvon Michel (GYM) is co-promoting Saturday’s fight with Golden Boy Promotions.

At least 6,000 seats were sold within the first 30 minutes the tickets were made available to the public, which means Pascal-Hopkins sold more tickets in half an hour than each of the last three major fights — Juan Manuel Lopez-Rafael Marquez, Juan Manuel Marquez-Michael Katsidis and Amir Khan-Marcos Maidana — that took place in Las Vegas.

The extreme interest in Saturday’s fight, which airs on Showtime in the U.S. (10 p.m. PT/ET), is due in part to the popularity of Pascal (26-1, 16 knockouts), a charismatic boxer-puncher who beat highly regarded Chad Dawson in August to claim THE RING light heavyweight title. However, Pascal, a native of Haiti who grew up in Montreal, is lucky to have been developed in an area that hosts one of the most loyal and passionate fan bases in the world.

Few populations appreciate boxing as much as the citizens of the Canadian province of Quebec, where Montreal and Quebec City regularly host heavily attended fight cards in the same 20,000-seat arenas where their beloved professional hockey teams play.

“I have commentated on cards in both Quebec City and Montreal at various venues and without question they are consistently the best fight towns in North America,” said Joe Tessitore, the blow-by-blow commentator of ESPN2’s Friday Night Fight series, which has aired many fights from Quebec over the years. “No city in the U.S. comes close to matching the energy and enthusiasm the fans in those two cities have for their fighters.

“It doesn’t matter if it’s a club show, a small stage show, a casino fight or major events at the Uniprix and Bell Centre, fans turn out to watch the fights.”

Michel was not surprised that Pascal-Hopkins sold out the Pepsi Coliseum.

“We know our market,” Michel told RingTV.com after Wednesday’s final press conference. “My partners and I have worked in this area for many years. We knew the combination of having a legendary fighter like Bernard Hopkins come to Quebec to challenge a genuine champion who was developed here would sellout any arena that hosted it.

“Close to 300,000 people filled Battlefields Park in Quebec City to see Paul McCartney perform in 2008. What that should tell you is that Quebec City is a place that will support special events. Pascal-Hopkins is a special event for boxing. That is how we have marketed it here. Even so, maybe the fight did sell a little bit quicker than I thought it would. The line to buy tickets was half a mile long the day they went on sale. In two hours, 12,000 tickets were sold.”

What is it about the people of Quebec that they so readily support boxing at a time when the sport seems to be struggling in so many parts of the U.S.?

Part of the sport’s popularity within the French-speaking province can be explained by its long history of producing standout fighters and hosting significant boxing events, according to Montreal-based boxing journalist and author Richard Cloutier.

“Boxing is a tradition in Quebec. It’s boxing history goes back to the beginning of the century,” said Cloutier. “Montreal native Eugene Brosseau had an impressive career as an amateur and professional both in the United States and Canada in the early 1900s. In 1926, Jack Delaney, a native of Saint-Francois-du-Lac, Quebec, who mainly fought in the United States, became the light heavyweight champion of the world. In 1931, Lou Brouillard, a native of Saint Eugene, Quebec, who fought out of Boston, also became the champion of the world in the welterweight division.”

Cloutier says the region began to attract major boxing events involving the sport’s top fighters during the post-World War II “Golden Age” and has consistently staged high-profile cards up until the present decade.

“Montreal hosted Marcel Cerdan vs. Billy Walker in 1947, Jake LaMotta vs. Laurent Dauthuille in 1949, and Archie Moore vs. Yvon Durelle in 1958,” said Cloutier. “In recent decades, there was Matthew Hilton vs. Wilfred Benitez in 1986 and the trilogy between Dave Hilton Jr. and St├®phane Ouellet in 1999 and 2000.

“Montreal’s hosting of the 1976 Olympics, the springboard for Sugar Ray Leonard’s career, and Leonard’s first fight with Roberto Duran in 1980, which drew 46,000 to the Olympic Stadium, certainly helped to popularize boxing in Quebec. However, I am convinced that Arturo Gatti, who is from Montreal, is Quebec’s all-time most-popular fighter, and I think he created much interest in the sport in the 1990s even though he only fought here once as a pro. That fight [against Joe Hutchinson in 2000] drew 20,000 to the Molson Centre in Montreal.”

Cloutier believes another reason for boxing’s popularity in Quebec is its fiercely proud people who love to back locals who succeed.

“On the popularity of our local boxers, I guess it's a cultural issue,” he said. “In Quebec, we love our heroes. We like to see them compete and we owe them a great sense of attachment and affection. Sometimes, the exploits of our athletes lead us to make them larger than life. In hockey, players such as Maurice Richard, Jean B├®liveau and Guy Lafleur have this status. In boxing, the achievements of Eric Lucas, Lucian Bute and now Jean Pascal, gives them a special place in our heart.”

However, Michel is quick to remind us that the “attachment and affection” that Cloutier spoke of, especially recent fan loyalty, has been cultivated by years of hard promotional work.

“From the outside it looks easy,” Michel said. “It looks like we just put the tickets on sale and people buy them and come to our shows, but it’s more difficult than that. We’ve been working hard to develop credibility within the sport and a reputation for our shows for years. And, of course, we have invested in our local talent.”

“So many of the undercard bouts of those shows in Montreal and Quebec City often have a local fighter in every single bout,” said Tessitore. “Many of these fighters are immigrants or the sons of immigrants from Haiti or Romania or some other part of the world. I think there are parallels to the American fight scene during the ’30s, ’40s and ’50s with the first generation of immigrants becoming fighters.

“The promoters in Quebec, mainly GYM and Interbox, stay busy and they keep their fighters active and developing. Fights aren’t made because of or for TV. They just make fights and the promoters are supported by the live gate. In America, TV dictates the fight and then the locale is found, and an undercard, often consisting of fighters who aren’t from the area, is thrown together.”

That’s not how Michel does business.

“We develop our fighters on small shows over the years, and we keep them here if they become champions, as Jean Pascal did,” Michel said. “It’s a gradual thing that takes time and a lot of work. We sold 8,000 tickets when Jean beat Dawson. It was a bit of a disappointment because we sold 12,000 for his first fight with Adrian Diaconu. However, the Dawson victory put him on the cusp of stardom here. If he beats Hopkins, he will be a star in Quebec. There’s no doubt about that.

“And as he makes the transition from champion to star, we have young fighters positioning themselves to maybe become champions one day. David Lemieux, our middleweight prospect, is one such fighter. He is only 21 and he’s still developing as a fighter and an attraction, but he’s growing. He’s fought a few times at Bell Centre, where he drew between 2,500 to 3,000 fans. He sold 5,000 tickets to his first main event [against Elvin Ayala at the Uniprix] in June. He’s not a champion yet, he’s not a star, but he’s going in that direction.”

By the time Lemieux, an exciting power-punching boxer, is ready to advance to the world-class level, he may have a dedicated fan base of 10,000 behind him, according to Michel. Fans will follow him because they want to see him succeed but also because they have a great time at his fights.

Tessitore says the production value of boxing events in Quebec are on par with the biggest shows in Germany or the UK.

“There’s a European presentation to Interbox and GYM shows that’s wonderful,” he said. “From the go-go dancers at every corner of the ring to the live music to the light show and the pyrotechnics to the great table-side and ringside service, it’s an event and it’s awesome.

“I can’t do enough fights there. I’d love to go every week.”

As long as the fans keep coming back, Michel says his business will prosper along with the fighters and the sport in Quebec.

“It’s about breeding familiarity,” he said. “The fans know us. They know the fighters. They have seen them raised from amateurs to contenders to champions and to stars. They identify with them.