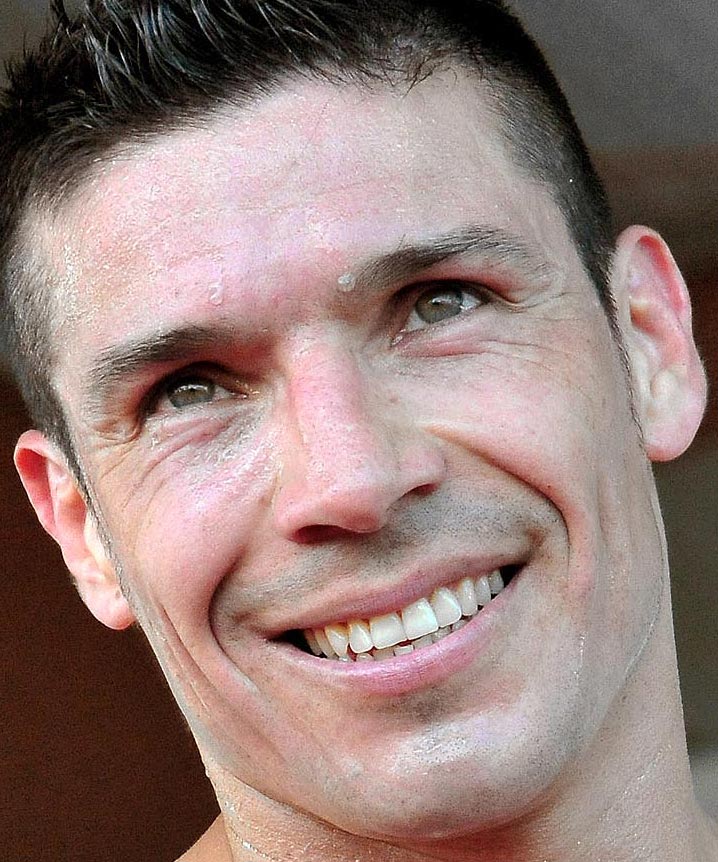 The Ring rating: RING middleweight champion; No. 1 junior middleweight; No. 6 pound for pound

The Ring rating: No. 2 middleweight; No. 5 pound for pound.

Skills: Martinez is a boxer by nature, a stick-and-move specialist who counter punches well and usually works everything — mainly a fast, hard straight left — off of his busy jab. The Argentine southpaw operates well from a distance and mid-range but isn’t afraid to mix it up in close. Williams has skill but he likes to mix it up too much to be classified as a “boxer.” The towering southpaw is a volume-punching pressure fighter who is obviously offense minded. Williams has sharpened up his technique considerably since his breakthrough victory against Margarito back in 2007 and his lone loss to Quintana at welterweight, but even the junior middleweight/middleweight version tends to get a bit sloppy when he’s drawn into a shootout, as he was in the first bout with Martinez. Williams fights more effectively on the inside, but Martinez possesses better timing and accuracy with his power punches.
Edge: Martinez

Power: Martinez surprised many observers with the power he carried to the middleweight division when he fought Williams the first time. He had exhibited above-average pop at junior middleweight when he was able to time his power shots just right, as evidenced by the one-punch left-to-the-body shot that KO'd Saul Roman and short left cross that should have resulted in a seventh-round knockout of Kermit Cintron, but he generally did not sit on his punches during a fight. That changed with the Williams fight. He was dropped in the first round but got up and clipped Williams with a right hook that produced a much harder knockdown just before the bell. From that point on, Martinez landed the harder punches throughout the 12-round barnburner as evidenced by the battered, bloodied face of Williams after the final bell. Pavlik’s face was also reduced to a crimson mask after going 12 rounds with Martinez. Williams has scored his share of cold knockouts, such as his one-punch KO of Quintana in their rematch and his first-round blasting of Andy Kolle (who was flattened by a single right hook), but he usually wears his opponents down with volume punching and smothering pressure. The hunch here is that Martinez, who is expected to put on as much as 15 pounds after the weigh-in, has better power than Williams at middleweight.
Edge: Martinez

Speed and athletic ability: Both Williams and Martinez are athletic boxers, however, the Argentine, who was successful at tennis, cycling and soccer before he found boxing at the advanced age of 20, possesses better speed, agility, reflexes and hand-eye coordination. Martinez’s athleticism is a reason he has excelled at boxing after such a late start.
Edge: Martinez

Defense: This is a tough category to assess because while Martinez is able to use his legs and quick reflexes to avoid incoming punches, he has the terrible habit of keeping both hands down around his waist. However, Williams, who does manage to keep his hands up, relies on a good offense to be his defense. The thought here is that Martinez has the edge in defensive prowess because he actually makes an effort to avoid getting hit, while Williams’ warrior nature sometimes gets the better of him.
Edge: Martinez

Experience: One would assume that Martinez, a 13-year veteran with 49 pro fights, is the lock in this department, but a look at both fighters’ records reveals that Williams has fought more world-class fighters and fared better against common opponents. Both fought former welterweight titleholders Margarito and Cintron. Williams won both fights, Martinez lost to Margarito and was held to a draw by Cintron (although to be fair to Martinez it should be noted that he was stopped by Margarito early in his career, and most observers believed he handily won the Cintron fight). Williams has fought seven current or former titleholders — Martinez, Wright, Margarito, Cintron, Quintana, Phillips, and Mitchell — going 7-1 in eight fights with this quality bunch. Martinez has faced four current or former titleholders, Pavlik, Williams, Margarito and Cintron.
Edge: Williams

Chin: Both men can take a solid shot, but Williams’ beard is more tested because of his aggressive style. Williams has been down only once — against Martinez. Although Martinez has a good chin, he was stopped by Margarito (due mostly to an accumulation of body shots, but he was also hurt by some head punches) and dropped by both Williams and Pavlik.
Edge: Williams

Conditioning: Both men are always in fantastic physical condition, as they proved by fighting at a frenzied pace for 12 hard rounds in their first fight. Martinez, a fitness fanatic, has to be in great shape to stick-and move as he often does for 12 rounds; Williams must be in supreme condition to average 100 punches per round as he often does.
Edge: Even

Wear and tear: You would think that Williams’ aggressive style would lead to more wear and tear on his body but apart from his slugfest with Martinez and his tough 12 rounder with Margarito, he hasn’t been in many grueling fights. He also doesn’t have much “mileage” on his fighter’s odometer. Williams has fought eight rounds or more on only nine occasions. No so for Martinez, who is used to going the distance and putting “fighter’s mileage” on his legs. The Argentine boxer has fought eight rounds or more 21 times. However, he has not absorbed much punishment due to his style, talent and superb conditioning. His face was bruise and abrasion free even after his fight-of-the-year candidate with Williams.
Edge: Even

Corner: Martinez is trained by Gabriel Sarmiento, one of the sports better young trainers. Williams is trained by George Peterson, who hasn’t worked with any other world-class fighters, but deserves credit for developing the tall, lanky southpaw from scratch. Sarmiento was not with Martinez from the very beginning, but he’s been with middleweight champ since 2002 and has gradually modified his style to better suit the professional ranks. Both trainers have done well honing the skills of two very talented fighters.
Edge: Even

Outcome: These two proud fighters, arguably the two best middleweights in the world, will pick up were they left off in round one. Williams will stalk forward behind a jab and look to set the pace of the bout. Martinez will utilize lateral movement while seeking openings to land counter punches over the jab and straight left of Williams. The first round will be brisk but it will not feature the fireworks the opening stanza of the first bout had. Both fighters as more familiar with the other’s style, thus the fight will gradually heat up into a battle of wills. Martinez, who has grown more into the middleweight division than Williams and has picked up a greater degree of confidence from his last two fights, will score first, rocking Williams with a right hook near the end of the fourth round. Ignoring Peterson’s pleas to keep his head between rounds, Williams will look to get even in the fourth round and will score with one-two combinations that back Martinez up but do not discourage the 35-year-old veteran from firing back. The two go tit for tat in the middle rounds of the bout. Williams gets in more two- and three-punch combinations but Martinez’s counter punches land with more authority. Though many ringside observers believe Williams is slightly ahead on the scorecards going into the late rounds, his face is cut and swollen from Martinez’s accurate, heavy shots. Williams tries to stay in the pocket and smother Martinez’s power shots in rounds nine and 10. He’s able to land more punches but finds that Martinez, who out-muscles him in the trenches, is physically stronger. Williams has some success by going to Martinez’s body when he had the champ against the ropes in rounds 11 and 12, but the older man appears to catch a second wind down the stretch and retaliates with fast, power punches that twist and snap back the head of his young challenger.