Can new 5th Street Gym rekindle excitement of years past? 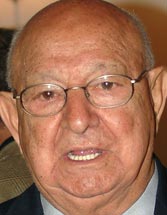 The new 5th Street Gym is at 555 Washington Avenue in Miami Beach, Fla. Visit the official website to learn more about the gym. Photo / Rachel Charles

To get an idea of what the 5th Street Gym was like during its heyday all one need do is visit the Wild Card Boxing Club.

The 5th Street Gym, which first opened its doors in Miami Beach 60 years ago, was much like Freddie Roach’s busy boxing club in Hollywood, Calif.

It was the hub of boxing in southern Florida, a hot spot that attracted the best fighters of the day, curious celebrities, and of course, fight fans from all over. And for more than a decade it was home to one of boxing’s most sought-after trainers and the sport’s brightest star.

If you’ve been to the Wild Card in recent years, you might be able to imagine what the 5th Street Gym was like in the 1960s.

Replace Roach and Manny Pacquiao with Angelo Dundee and Muhammad Ali. Substitute Amir Khan and all the fighters from the Philippines and Europe that populate the Wild Card with Luis Rodriguez and the cadre of talented Cuban boxers who flocked to the 5th Street Gym after Fidel Castro’s communist regime took control of the island. And as for the frequent celebrity guests, switch out Mickey Rourke, Christian Bale, Mark Wahlberg and members of KISS with Jackie Gleason, Sean Connery, Frank Sinatra and The Beatles.

Even if you’ve never stepped foot in the Wild Card, you get the picture. The 5th Street Gym was the place to be.

“Joe Namath came by before the New York Jets won the Super Bowl,” said Dundee, whose older brother Chris founded the gym in 1951. “The 5th Street Gym attracted everybody from every walk of life. It was a happy place, a constant social gathering.”

The happy times lasted many decades but the legendary gym closed its doors 17 years ago.

“In 1993, the guy who owned the building wanted $2 million to keep it open and I didn’t want to have to rob a bank to do that,” Dundee told RingTV.com. “It broke my heart to see it close.”

However, thanks to Tom Tsatas and a group of investors, the storied gym has reopened with the blessing and involvement of Dundee.

Tsatas, a Chicago-based boxing manager and restaurant owner, teamed up with Dundee prot├®g├® Matt Baiamonte and noted conditioning coach Dino Spencer to build a modern version of the 5th Street Gym. The new facility, which hosted a gala opening on Thursday that included an appearance from Ali, will house a traditional boxing gym overseen by Dundee. But it will also keep up with the times by offering fitness classes in cardio kickboxing, Brazilian Jiu-Jitsu, MMA and Krav Maga that are geared to novices and children.

Few gyms can survive by catering only to amateur and professional fighters. Of all New York City’s famous boxing clubs only Gleason’s is still around, and the Brooklyn-based gym had to expand to include general fitness equipment and white-collar boxing to survive. Even Detroit’s famed Kronk Gym closed its doors a few years ago.

Despite the feel-good publicity of the gym’s reopening, it’s hard to imagine that the new 5th Street Gym will be as busy as the original was. Boxing isn’t as popular as it was with the general public in the 1950s and '60s, and there aren’t as many fighters and shows in the southern Florida area as there were during the gym’s heyday.

Dundee recalls that it didn’t take long for the 5th Street Gym to become the boxing spot in Miami Beach after it opened.

“We used to travel to Cuba every week to work the corners of professional fighters there before the gym opened up,” the 89-year-old trainer said. “So when Castro closed the door, all the kids we worked with came to Miami and trained at 5th Street. Luis Rodriguez made it his home. Jose Napoles and Sugar Ramos trained there when they visited from Mexico.

“Don’t forget, my brother promoted cards in the area every Tuesday, so the gym filled up with fighters pretty quickly. And before we knew it, the champions of the world would train there if they had a fight in the Miami area. Willie Pep, Carmen Basilo, Rocky Marciano, Ray Robinson all came through. The guys from North Florida trained there in the winter. Ralph Dupas and Willie Pastrano practically grew up there. They’d come in from New Orleans and stay with us over the summers while they were still in high school. Ali learned a lot from guys like Rodriguez, Dupas and Pastrano when he started training there.”

Is it even remotely possible that the new gym could again house so much professional boxing talent? Dundee, ever the optimist, won’t rule it out.

“There seems to be a lot of amateur stars defecting from Cuba lately,” he said. “Miami is the place for Cuban fighters, there’s a market here for them, and if they fight here, they’ll train at the new 5th Street. I believe in time, we’ll attract the best from around the world and that includes America. Yes, I think we still have great boxing talent here in the United States. We just need to give the kids a place to train.

“I think the new 5th Street is going to be alright. It’s got the label, the brand. It was always in the limelight, and it will be again once it’s up and running.”