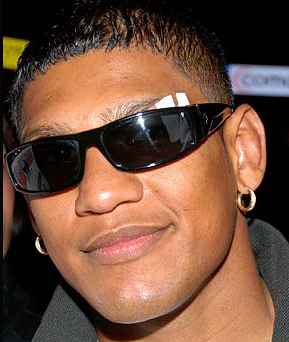 Surging unbeaten prospect Eloy Perez will face former prospect Dominic Salcido in the main event of a Telefutura-televised show on Oct. 15 at the Fantasy Springs Casino in Indio, Calif.

The 10-round showdown between the talented California junior lightweights will top a Solo Boxeo broadcast stacked with young prospects in various weight classes.

Perez (18-0-2, 5 knockouts), of Salinas, Calif., has had a busy 2010. The 23-year-old Washington native began the year by out-boxing and out-slugging once-beaten prospect David Rodela in an exciting 10-round bout in January before outclassing more-experienced Mexican veteran Gilberto Sanchez Leon on the Floyd Mayweather-Shane Mosley underacrd in May. Perez became the first fighter to knockout Derrick Campos when he stopped the tough journeyman in the fifth round of his last bout, which was also on Solo Boxeo, last month.

Salcido (18-2, 9 KOs), of Rialto, Calif., was lauded as one of Southern California's most-talented prospects before he faced Vicente Escobedo two years ago and was stopped in the sixth round of a competitive bout. Salcido has gone 2-1 in his three bouts since the loss to Escobedo, getting stopped by Colombian journeyman Llido Julio but out-pointing unbeaten prospect Guillermo Sanchez in his last bout.

A victory over the streaking Perez would put Salcido's career back on track. Another win for Perez would move the crafty boxer a step closer to contender status.