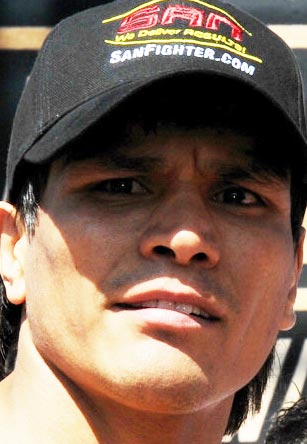 Daniel Ponce de Leon stopped Antonio Escalante with a single right hook at 2:40 of the third round of a scheduled-12 round featherweight bout on the Shane Mosley-Sergio Mora card Saturday at Staples Center.

Ponce de Leon (40-2, 33 KOs) outworked Escalante (23-3, 15 KOs) for two-plus rounds but the KO punch came out of nowhere. The two were exchanging punches when Escalante walked into a short hook, which hurt him badly and sent him sprawling.

Referee Tony Crebs waved off the fight without counting because Escalante lay semi-conscious on the canvas.

The fight was a WBO title eliminator.