The best of all time A to Z: Elorde 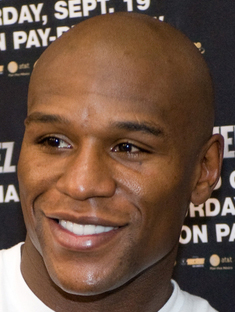 This is the fifth in a 26-part series in which RingTV.com endeavors to name the best boxers of all time based on last name – A to Z. We’ll post one letter each day for 26 days. Our criteria in making the selections were fairly simple: Accomplishments in the ring, with heavy emphasis on strength of opposition, as well as impact on the sport. This wasn’t easy, as our first installment — the letter “A” (Armstrong vs. Ali) — demonstrates. However, we’re confident that our choices are arguably the best. We also are including five more fighters for each letter to indicate others that were considered. Also, noted author and boxing historian Bert Sugar — who provided input — tells us where he ranks our choices among the greatest fighters pound-for-pound and gives us a thought on each selection. And, finally, we’d love to get your thoughts on the project. Here goes ÔÇª today’s letter: “E.”

E: FLASH ELORDE
Lifespan: 1935-85
Hometown: Manila, Philippines
Record: 88-27-2 (33 KOs)
Active: 1951-71
Weight classes: Bantamweight to junior welterweight
Titles: Junior lightweight
Sugar’s ranking: None
The thought process: Elorde was once beloved in the Philippines as the great Manny Pacquiao is now. The island nation hadn’t produced a universal world champion since Pancho Villa when Elorde came along in the early ’50s. He was an extremely slick boxer with outstanding speed and decent power. Elorde received his first shot at a title in a rematch with fellow Hall of Famer Sandy Saddler — whom he had beaten earlier — when he was only 20, in 1956, but he lost when he was cut and a close fight was stopped in the 13th round. He wouldn’t get another opportunity to fight for a belt until 1960, when he stopped Harold Gomes in Quezon City to win the world junior lightweight title and become a sensation in his home country. He would hold onto the belt for 10 defenses and more than seven years, still a record in the division. He subsequently was stopped twice in the 14th round in bids to take Hall of Famer Carlos Ortiz’s lightweight title but also beat a prime Ismael Laguna around that time. Elorde continued to fight after his skills began to fade, which accounts for his spotty record late in his career. However, he’ll always be remembered as one of the Philippines’ great sports heroes and one of his sport’s most-accomplished champions. Elorde, who died at 49 of lung cancer, was the first Asian inducted into the International Boxing Hall of Fame.
Five more (alphabetical order): Hiroyuki Ebihara, Cornelius Boza Edwards, Frank Erne, Sixto Escobar and Antonio Esparragoza.
Sugar quote: “Elorde was a very good boxer, exciting, showy. He was one of the greatest Asian fighters ever.”