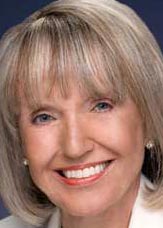 BIGGEST WINNER
Tomasz Adamek: The light heavyweight-turned-cruiserweight-turned-heavyweight wouldn’t give either of the Klitschko brothers much trouble. That became even more clear on Saturday night. Adamek won a one-sided decision but was pushed extremely hard against a limited, relatively passive opponent in Michael Grant, whose 6-foot-7 (201cm) frame is comparable to that of the giant Ukrainians. The Pole looked good for the first six rounds, outboxing and outmaneuvering his slow-footed foe, but he later seemed to wilt under the weight of a much-bigger fighter who became more active as the fight progressed. Imagine what would’ve happened if he were fighting a Klitschko.

BIGGEST LOSER
Michael Grant: The former heavyweight contender seemed to have the size and tools to compete with Adamek but didn’t do enough to make it a fight. He should’ve pounded that jab into Adamek’s face incessantly to keep him at a distance and then follow with hard rights, as the Klitschkos do, but he failed to do so. A big man must pace himself but he can’t afford to give away half a fight, which is what Grant did. He didn’t give himself a chance to win the second-biggest fight of his career (after his knockout loss to Lennox Lewis). That said, Grant probably performed well enough to get another meaningful fight. Perhaps he’ll try harder the next time.

MOST PREDICTABLE
Margarito hearing: Promoter Bob Arum knew going in that Antonio Margarito’s chances of having his license reinstated in California on Wednesday were not good. The idea was to give it a try, as Nevada and the Association of Boxing Commissions suggested, and then apply for a license in the state where Arum wants Margarito to fight Manny Pacquiao on Nov. 13 — Texas. Thus, Margarito on Thursday applied for a license in that state, where the disgraced former titleholder is more likely to be approved. The plan is to stage Margarito-Pacquiao at Cowboys Stadium. Top Rank would have to scramble to find another opponent if Margarito is denied. The first news conference to announce the Nov. 13 is scheduled for late this month.

BIGGEST MISMATCH
Cotto-Chavez Jr.: Those who believe Julio Cesar Chavez Jr. has a chance of beating Miguel Cotto on Dec. 4 are deluding themselves. Chavez is a great kid with considerable heart and a good trainer (Freddie Roach) but the disparity in talent and experience between these fighters is vast. Cotto, even if he is in decline, is light years better than recent Chavez victim John Duddy. Chavez is big and strong, which might allow him to survive 12 rounds against a naturally smaller man, but he is destined to be exposed for what he is: A mediocre talent who would be unknown if not for his name. Junior simply is not and never will be an elite fighter.

MOST EXCITING
Bradley-Alexander: This matchup, tentatively set for Jan. 29, isn’t quite as bold as it might seem because neither Timothy Bradley nor Devon Alexander have many options atop the 140-pound division. However, we’ll take a fight like this anytime. A matchup between two young, unbeaten fighters is a rarity in boxing’s self-destructive climate of overly cautious matchmaking. And the debate over who will win will be explosive if the principals reach a final agreement because this is a true pick-’em fight. Bradley looked vulnerable against Carlos Abregu in his last fight, at 147, and Alexander struggled to beat Andreas Kotelnik but each has met every challenge his career. No challenge would be bigger than a fight against one another.

MOST CAN’T-MISS
Bantamweight tournament: Talk about can’t-miss action fights. Showtime tentatively will air a four-man 118-pound tournament involving four of the most-exciting fighters in the world, according to reports. Yonnhy Perez will face Joseph Agbeko in a rematch and Abner Mares will take on Vic Darchinyan on the same card either in November or December. The winners then would meet early next year. Perez, who outpointed Agbeko in October, would do it again. And Mares, a much better boxer than Darchinyan, would also win to set up a Perez-Mares rematch. Mares, who was robbed in their majority draw in May, would win a convincing decision this time. Gary Shaw, the promoter of Darchinyan and co-promoter of Perez, told ESPN.com that nothing stands in the way of finalizing the tournament.

MOST AMBITIOUS
Cruiserweight tournament: Wilfried Sauerland, the German promoter, reportedly is planning a Super Six-style cruiserweight tournament beginning in December. Marco Huck, who stopped Matt Godfrey on Saturday, would be one of the participants. Others rumored to be in the mix: Steve Cunningham, Krzysztof Wlodarczyk, Denis Lebedev and Yoan Pablo Hernandez with the sixth participant uncertain, according to BoxingScene.com. The fights presumably would take place in Europe because all are German-promoted. And the outlet on which U.S. fans can watch on TV is uncertain. The idea is a good one, though. We love tournaments.

BIGGEST YAWN
Klitschko-Briggs: Vitali Klitschko will defend his heavyweight title against Shannon Briggs on Oct. 16 in Hamburg, Germany. It hurt to write that. We know that there are slim pickings in the division ÔÇª but Briggs? The 38-year-old Brooklynite hasn’t been relevant for years. And don’t let his three consecutive first-round knockout losses fool you; they came against nobodies. He’s done nothing to earn a shot at Klitschko’s belt. Briggs might argue that, one, he is bigger at 6-4 (193cm) than most of the Klitschko brothers’ opponents, and, two, he has earned one last opportunity because of his overall body of work and name recognition. Still, this one is hard to swallow.

BEST QUOTE
ABC vice president Greg Sirb: “Margarito’s issue was with the suspending state, no one else. That state knows the facts of this case better than anyone. I give Margarito credit for doing it. He stood up there and took it. Now, every state knows the facts, because they have been laid out perfectly. He’s now free to go where he wants [to request a license].”