Dawson played it safe and paid the price vs. Pascal 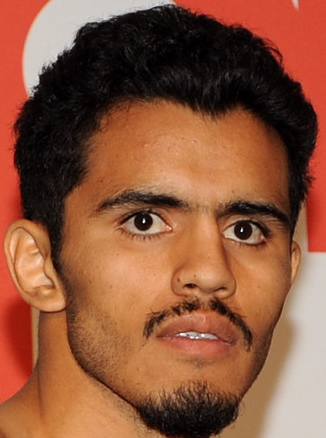 To say that Chad Dawson was confident coming into his fight with Jean Pascal on Saturday is an understatement.

The undefeated southpaw stylist and his trainer Eddie Mustafa Muhammad said their only concern was the officiating of the bout that took place in Pascal’s adopted hometown of Montreal.

Unfortunately for Dawson, he didn’t fight like he was worried about the referee’s actions or the judges. If he was truly concerned about funny scorecards he would have fought with more intensity and he would have made sure to bring his own judges — his two fists — and go for the knockout if and when the opportunity presented itself.

The opening for Dawson to close the show came and went in the 11th round when he repeatedly stunned a seemingly gassed Pascal, but the American didn’t go for it.

The result of Dawson’s lack of aggression was a deserved 11-round technical decision victory for Pascal, a 2-to-1 underdog who won THE RING’s vacant light heavyweight championship with his tremendous crowd-pleasing effort.

Pascal (26-1, 16 knockouts) won by scores of 108-101 and 106-103 (twice) after an accidental head butt in the final minute of the 11th round produced a bleeding cut over Dawson’s right eye that forced Canadian referee Mike Griffen to halt the bout.

Prior to the technical stoppage, Dawson (29-1, 17 KOs) was having his best round of the fight. Dawson, who had allowed Pascal to take chances and score with flamboyant power shots all night long, finally had his foe on the ropes where he punished the Haiti-born Canadian with fluid body-head combinations.

Pascal looked punched out and ready to go when he finally got off the ropes and halfway turned his back on Dawson as he circled away. Dawson didn’t bother to pursue his wounded prey.

A moment later, Pascal was frozen in his tracks by a huge left uppercut that Dawson landed in the center of the ring. Dawson immediately recognized that he had stunned his opponent, and yet, he didn’t go after Pascal, whose legs had clearly been stiffened by the big punch.

A moment later blood was pouring down into Dawson’s eye and the soon-to-be once-beaten fighter’s opportunity to score a dramatic come-from-behind victory was gone.

The safety-first approach to boxing that had served Dawson so well during the first 29 bouts of his career had cost him dearly against Pascal in Montreal.

However, Dawson, who was viewed by most as the best light heavyweight in the world going into Saturday’s fight, didn’t seem phased by his first loss after it was announced.

“I’ve got a rematch clause, so I’m not worried about it,” Dawson told Larry Merchant of HBO, which televised the bout live in the U.S.

When Merchant asked if the fighter if he knew he was trailing on the scorecards, Dawson replied:

“We had two more rounds to go. I had him hurt before it was stopped.”

This is true but it begs the question — that the veteran broadcaster asked the loser — why didn’t Dawson jump on Pascal?

“I fight my fight. That’s my fight,” Dawson said matter-of-factly.

And that’s why he lost the fight. Dawson didn’t take risks. Pascal did, even though he was in his hometown and was the recognized “champ” going into Saturday’s fight. Pascal was the fighter who took chances by going for the big punches in the early rounds of the bout and his gamble paid off.

The 27-year-old boxer-puncher never seriously hurt Dawson with the left hooks and right hands he landed, but he electrified the crowd in the Bell Centre and he sent the judges a simple but direct message: “I want this victory.”

Dawson wanted it too but he wasn’t willing to risk his neck to get it.

Still, his superior technique and defense made the bout interesting.

Dawson took control with his jab in the fourth round but he probably lost the stanza because Pascal landed a hard right in the final seconds. Dawson deserved to win that round because he was more consistent, but a head-snapping power punch usually trumps a bunch of clean jabs on the scorecards.

Dawson boxed effectively in rounds five and six, but Pascal bounced back by buzzing the taller, rangier boxer with power shots in rounds seven and eight.

The fight got really interesting in the late rounds as Dawson shrugged off Pascal’s offensive bursts and casually stalked the athletic Quebec resident around the ring.

Between the 10th and 11th rounds, Muhammad reminded his 28-year-old charge of the bout’s location and implored him to step on the gas pedal.

“I need these two rounds,” Muhammad said. “They’re not giving you nothing.”

Dawson obeyed his trainer to an extend, but he never risked it all to win it all as Pascal had done for much of the bout.

“He fought a great fight,” Dawson said. “He fought a good technical fight, but he was head butting and holding all night. I didn’t complain to the referee one time.”

It’s nice that Dawson didn’t complain. It wouldn’t have done him any good. Throwing more punches when he had the advantage would have done him some good.

“It comes with the territory,” Dawson said of his first loss. Maybe he learned from it. Maybe fans will see a more aggressive version of “Bad Chad” whenever he and Pascal do it again.

Hopefully so. The first fight was pretty good, and there are other potentially entertaining fights to be made in the 175-pound division.

Of the bout that was on the minds of most of the Montreal fans who packed the Bell Centre on Saturday is a showdown between the newly crowned light heavyweight champ and THE RING’s No. 1-rated super middleweight Lucian Bute, who like Pascal is a huge draw in Quebec.

Pascal seemed open to that fight and other matchups immediately after the biggest victory of his career.

“I’m the best in town right now,” he said. “I’m one of the best in the world. Jean Pascal is about to invade America.”

He’s more than welcome. American fans love a risk taker in the ring.