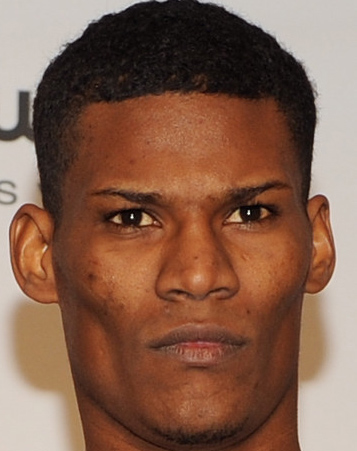 Prescott (23-2, 19 knockouts), who won by scores of 99-90 (twice) and 98-91, controlled the distance and pace of the pedestrian 10-round junior welterweight bout with his rangy jab and movement. Cuello (19-13-3, 14 KOs), an aggressive southpaw who was four inches shorter than Prescott, had trouble landing more than an occasional straight left during the middle rounds of the bout. Prescott dropped Cuello with a counter right hand in the ninth round of the bout.

The 27-year-old Miami-based Colombian is scheduled to fight again in Panama on Aug. 14, an indication of Prescott's desire to regain the momentum his career had following his first-round KO of current 140-pound beltholder Amir Khan in 2008. That momentum was lost with points losses to Miguel Vazquez and Kevin Mitchell last year.

Lopez (20-2, 12 KOs), a former amateur star in Venezuela now based in New Hampshire, was simply too strong and technically sharp for Brewer (15-1-1, 6 KOs), a tall, rangy boxer from Cleveland, Ohio.

Brewer was never down in the bout but he stopped punching back midway through the second round and covered up while halfway turning his back, giving referee John O'Brien to choice but to halt the bout at 2:38 of the round.

The fight of the telecast was a four-round bout between local lightweights Russell Fiore and Antonio Avila, who fought to a crowd-pleasing majority draw.

Fiore (4-0-1, 4 KOs), who was the aggressor throughout the bout, was dropped hard in the first round and rocked in the third by Avila (3-1-1, 1 KO), a more technically sound counter puncher. However, the gutsy Chicago native rallied in the fourth by knocking Avila into the ropes with a hard right hand. Referee John O'Brien correctly ruled it a technical knockdown because the only the ropes prevented Avila from hitting the canvas or falling out of the ring.