Is a new light heavyweight golden age upon us? 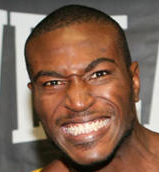 One week later, Chad Dawson and Jean Pascal, two skilled and athletically gifted light heavyweight contenders, will engage in what should be a high-intensity boxing match for the vacant RING title in Montreal.

Could these back-to-back matches, both of which will be televised on HBO, rekindle the excitement that once defined the light heavyweight division?

If nothing else, the Cloud-Johnson and Pascal-Dawson bouts will attract more attention to the often-overlooked division, which has hosted its own seniors tour in recent years. If the fights are good enough, perhaps they can erase the stigma caused by the aging veterans who, with the exception of Johnson, have dominated the division in excruciatingly boring fashion.

The 175-pound weight class has been so inconsistent in terms of entertainment over the past decade it might be hard for younger fans to believe that it was once one of the most — if not the most — exciting divisions in the sport.

The era was so good boxing historian Bert Sugar calls it “golden.”

“A lot of people assume the ‘Golden Age’ of any division took place in the 1940s and 1950s,” Sugar told RingTV.com, “but any Golden Age is a function of who’s fighting at that time. For the heavyweight division, the Golden Age was the 1970s. And for the light heavyweight division it was the late 1970s and early 1980s because you had all those good fighters and they fought each other.

“One or two great fighters don’t make a division. In the 1920s Jack Delaney and Paul Berlenbach fought each other all the time, with Jimmy Slattery tossed in every now and then, because there was no one else. Bob Foster retired an entire division in the late 1960s and early 1970s. It was like Snow White and the Seven Dwarfs, so who cares?

At the top of Sugar’s list are Saad Muhammad’s two see-saw slugfests with Johnson and Lopez. Saad Muhammad’s rematch with Lopez was THE RING’s Fight of the Year for 1980.

“Matthew Saad Muhammad was always battling back from the brink of defeat, and that made him very popular,” Sugar said. “He was a hero in Philadelphia. I was ringside for most of his title bouts. I was in Rahway Prison in New Jersey when Dwight Braxton beat James Scott. I was in Knoxville, Tenn., when Eddie Gregory took the title from Marvin Johnson. I was there for both of Mike Rossman’s fights with Victor Galindez in New Orleans. It was a lot of fun, it really was a Golden Age.”

It’s doubtful the current crop of light heavyweight contenders will be able to come close to emulating the ring wars that seemed to occur on a monthly basis during Sugar’s Golden Age.

As Eddie Mustafa Muhammad, who fought light heavyweight champs Spinks, Saad Muhammad, Galindez and Johnson, as well as tough contenders such as Burnett and Scott, put it “that was an era when the light heavyweight division out-shined all the others.”

However, the former titleholder who now trains Dawson, said that Saturday’s showdown between Cloud (20-0, 18 knockouts), an aggressive boxer-puncher, and Johnson (50-13-2, 34 KOs), a relentless pressure fighter, will at least get fans talking about the 175-pound division.

“Without a doubt that’s going to be a great fight,” said Muhammad. “If Tavoris Cloud thinks he’s got a walkover, he’s got another think coming. Glen Johnson will press him and make him work three minutes of every round.”

“Tavoris Cloud is an exciting fighter but he’s needed a real challenge for a while and I think the older guy will finally give him one,” said Reid, who trained Burnett for the perennial contender’s bouts against Muhammad, Galindez, Conteh, Lopez, and Scott. “That’s going to be great for the fans.

“And I think the Dawson fight will be a good one, too. Dawson is an amazing talent and Pascal is tough and strong. He’s a hell of an athlete. Both fights should help the light heavyweight division get out of the rut it’s been in.”

Cloud’s trainer, Al Bonanni, believes the division has a lot of potential but only if the top fighters are willing to fight each other.

“There’s a lot of talent at 175 pounds and a lot at 168 pounds that will eventually move up to light heavyweight,” said Bonanni, a veteran Florida-based trainer who has worked with such titleholders as Freddie Pendleton, Will Grigsby, Randall Bailey and Uriah Grant. “But the talent doesn’t mean s__t if the TV executives continue to favor some fighters and not force them to fight the tough fights.”

Bonanni claims Dawson’s HBO-televised rematches with Antonio Tarver and Johnson last year kept the undefeated southpaw away from his fighter.

“Dawson’s a prima donna,” he said. “He abandoned the title he held to avoid Tavoris and TV allowed that to happen by backing that Tarver rematch fiasco. Fans could have had Dawson-Cloud a long time ago. I’m saying it right now, Cloud is going to look good beating Johnson. And then Dawson’s got to beat Pascal, but if he does, will HBO and (Dawson’s promoter Gary) Shaw continue to protect him? We were ready to fight him two years ago and we’ll still be ready after Saturday.”

Assuming Cloud and Dawson win their up-coming bouts, fans will clamor for an eventual showdown between the undefeated young guns, sooner rather than later.

However, if the fight can’t be made immediately — and it probably won’t because Bonanni says his fighter will demand purse parity with Dawson — fans can expect Cloud to return to the ring against solid opposition as soon as possible.

The Tallahassee, Fla., native has been out of the ring for almost a year because of promotional issues and is eager to make up for lost time.

“I wish I could have fought since I won my title against (Clinton) Woods, but the way I’ve been training, the inactivity won’t be a factor,” Cloud told RingTV.com. “I’m not even thinking about the time off. I’m just thinking about Johnson. I’m expecting him to come forward with this hands up, throwing lots of punches. I’m just going to do what I always do — fight. I’m naturally aggressive.”

If Cloud is successful with his usual tactics, Bonanni says he fighter might try to collect some additional hardware or entice the one elite super middleweight who isn’t involved with the Super Six tournament to step up and challenge him.

“I think there’s a lot of options for Tavoris, and hopefully HBO will remain interested in televising his fights,” said Bonanni. “There’s (titleholder Juergen) Braehmer over in Germany. We’re not afraid to travel to Germany to fight him. There’s that kid from Kazakhstan, (beltholder Beibut) Shumenov. There’s (super middleweight titleholder Lucien) Bute, who needs an attractive opponent and might be willing to come up in weight.”

Cloud’s excited about what the near future might hold for him and the other contenders in his weight class.

“I think the light heavyweight division is heating up,” he said. “It’s looking pretty good right now. What has to happen is all the young talent has to fight. There’s enough of us now — me, Dawson, Shumenov, Pascal, Chris Henry — to make things interesting.

“Once we finally get rid of these old guys who have been sticking around forever we need to man up and fight each other. If we do that, the division will be popular again.”