Rocha ready to resume his title hunt on FNC 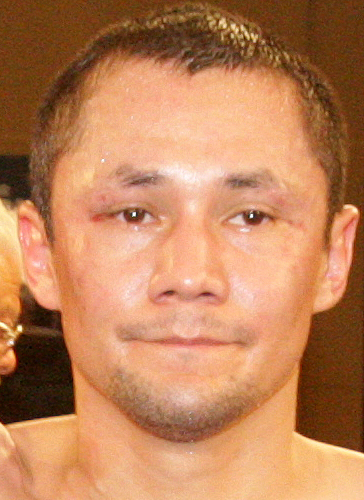 Nestor Rocha has two strikes against him in his on-going quest to win a bantamweight world title:

The first strike is the fact that he has already challenged for a major belt — against Hozumi Hasegawa in Japan last July — and was knocked out in the first round. The second has to do with is technical style. Rocha, a quiet native of Montebello, Calif., is a methodical boxer who doesn’t draw attention to himself in or out of the ring.

Rocha’s first strike bumped him from the bantamweight rankings of all four sanctioning organizations. The 28-year-old fringe contender’s second strike has kept him out of the ring for an entire year.

“It is hard to keep Rocha busy because the networks don’t want to see him,” said Roberto Diaz, a matchmaker for Golden Boy Promotions, which promotes Rocha. “He’s not an all-action guy. He’s a pure boxer who takes his time in the ring, so the TV executives don’t call us up and try to get him on their boxing programs.”

Rocha (21-2, 7 knockouts), who finally gets back into the ring against Benji Garcia on Thursday, is grateful for the opportunity to fight on a local card that will be nationally televised.

His six-round bout with Garcia (14-15-3, 1 KO) at downtown L.A.’s Club Nokia is the co-featured bout of this month’s Fight Night Club, which will be televised on Fox Sports Net (tape delayed) and streamed live on RingTV.com and Ustream.com.

“A six rounder against a guy like Benji, who will fight anybody, was the only way to get Rocha back on TV,” Diaz said. “It would have been very difficult to get him back on TV with a 10-round bout because he’s got a good record, only two losses, and people in boxing know he can box. The better opponents, guys who are ranked, want to get paid a lot to fight him. His best bet is to have a couple six-round fights on Fight Night Club to knock off the rust and get his name back out there.

“The idea is to eventually match him with (Jose) Navarro in a Telefutura-level bout, and the winner of that one can maybe get a title shot or a fight with (Top-10 bantamweight contender) Abner Mares.”

That plan sounds good to Rocha, who is excited about fighting on a regular basis.

“I didn’t want to take that much time off when I returned from Japan last year,” Rocha said. “I was back in the gym two weeks after the fight, and I was ready to fight again within a month of the loss (to Hasegawa).”

Garcia is the perfect comeback opponent for an inactive seasoned fighter because he’s guaranteed to shake off the rust. The aggressive San Diego-based journeyman is seldom intimidated by an opponent’s reputation or skills, however superior they may be to his. The 27-year-old brawler simply brings it, round after round. Garcia pressed the come-backing Navarro for six hard rounds in May.

“I saw tape of the last round with Navarro,” Rocha said. “Garcia’s a tough guy.”

However, tough guys don’t bother Rocha much. Over the years, he’s probably sparred 500 rounds with aggressive lightweight contender Urbano Antillon, who used to be trained by Rocha’s coach, Rudy Hernandez.

Earlier this year he spent one month in Thailand sparring with Michael Katsidis, arguably the most rugged 135-pound fighter in the sport.

“I sparred with Michael in Las Vegas last year, helping him get ready for his fight with (Vicente) Escobedo,” Rocha said. “I guess he liked the way I worked with him because he wanted me to be one of his sparring partners for his fight with Kevin Mitchell (in May).

“He had some bigger Thai guys working with him, but I was his main sparring partner as far as working on his defense and strategy.”

How can a natural 118 pounder spar with a lightweight as strong and physical as Katsidis? Two words explain it: skill and technique.

Rocha doesn’t view those two attributes as strikes against him, so don’t expect him to change his style to appease fans or network executives any time soon. He gets too much personal satisfaction boxing in the manner he always has.

“I get more of a thrill from using all my skill and outboxing a guy than by knocking him out,” he said. “I like to prove that I’m better by being smarter.”

“When I watch Rocha box, Miguel Canto comes to mind,” said Diaz, bringing up the name of the hall-of-fame former flyweight champ from Mexico. “He’s totally a boxer, but not one of those who are running around the ring. His game is a finesse game. You have to be a die-hard fan to really enjoy him.

“I wasn’t shocked that he lost to Hasegawa last year, because Hozumi was a fantastic champion, but I was surprised at the way Nestor lost because he’s usually clever enough, wise enough not to get hit like that.”

Despite his long layoff, fans can expect a sharp and ready version of Rocha against Garcia on Thursday. The little technician is wise enough to know that he can’t afford another strike against him.