Morel pulls out of Montiel fight 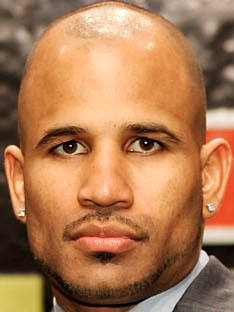 Eric Morel pulled out of his showdown with Fernando Montiel on Saturday, citing an unspecified injury as the reason for his withdraw.

The former flyweight titleholder from Puerto Rico, who won an interim 118-pound belt when he outpointed Gerry Penalosa in his last fight, was scheduled to challenge dual bantamweight beltholder Montiel in a Fox Sports en Espanol-televised main event from Chiapas, Mexico on July 17.

Concepcion, a rugged former interim 115-pound beltholder from Panama, has won 11 of his last 13 bouts. His two losses were to Jorge Arce in a wild nine-round slugfest in 2008 and to Nonito Donaire via 12-round decision last August.