State of the Game: Bantamweights 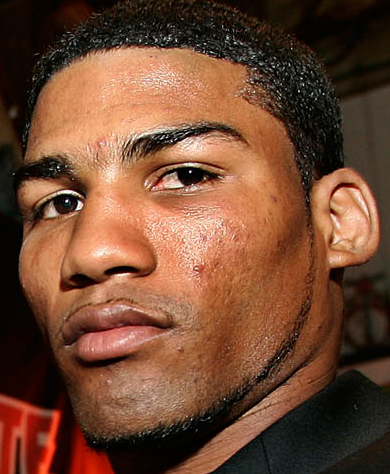 This is the fifth in a series of stories from “The State of the Game,” the popular annual feature of THE RING magazine. We’re posting one weight class per day, starting with strawweight and working our way up to heavyweight. The package was featured in the July issue of the magazine, which is on sale through June 28. Today: Bantamweights.

Explosive and skillful Fernando Montiel emerged as THE RING’s No. 1-rated bantamweight and the man to beat in the division by virtue of his fourth-round knockout of Japanese southpaw Hozumi Hasegawa, who had been the longest-reigning titleholder in all of boxing — five years — at the time they met in April. Monitel faces a significant challenge in No. 9-rated Eric Morel, who beat warhorse and always-tough Gerry Penalosa in February.

Outside of Montiel and Hasegawa, the 118-pound class has been somewhat topsy-turvy over the last year or so. We thought we were settling in for a long reign from Vic Darchinyan, and then he got bumped off by Joseph “King Kong” Agbeko and scurried back down to junior bantam. We then figured Agbeko was going to be tough to dethrone, but in his first defense, he got bounced by Yonnhy Perez (who had scored another minor upset in his previous fight, becoming the first person not named Rafael Marquez to defeat Silence Mabuza). Perez then drew with talented and unbeaten Abner Mares to retain his title.

The other alphabet belt in the division is currently held by Panamanian Anselmo Moreno, and his reign hasn’t been a breeze either. He won back-to-back split decisions in ’09 over veterans Wladimir Sidorenko and Mahyar Monshipour, and in his most recent fight, he needed a highly controversial split decision to beat Nehomar Cermeno. They meet again on Aug. 14.

Bantamweight is a division deep with veterans, and seven of THE RING’S Top 10 are 29 years of age or older. Thirty-year-old Michael Domingo, rated No. 10, has had an interesting career. He has 14 losses but has now won nine straight, including upsets of Ratanachai Vorapin, Jose Navarro and previously undefeated Miguel Roman.

Think About It: Following a year that saw bantamweight great Orlando Canizales inducted into the International Boxing Hall of Fame, it seems timely to ask about one of the more borderline names of this era, Penalosa. Has the iron-willed Filipino put together a Hall of Fame career? He briefly held a 115-pound belt 1997-98, lost three split decisions and one razor-thin unanimous decision over the course of four title bouts from ’98-’02, then had a rebirth in ’07 (at age 34) by losing a disputed decision to Daniel Ponce De Leon (at 122 pounds) and knocking out Jhonny Gonzalez to claim a 118-pound belt. A brutal defeat to Juan Manuel Lopez (at 122) soon followed, but Penalosa bounced back and lost a highly controversial decision to Morel. This is a guy who has eight losses on his record, and seven of them were close decisions, including at least one or two you could call robberies. If a few of those had gone his way, he’d almost certainly be a Hall of Famer. But will sheer bad luck keep him out of Canastota? It will be interesting to see a few years from now.