State of the Game: Junior bantamweights 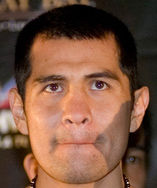 This is the fourth in a series of stories from “The State of the Game,” the popular annual feature of THE RING magazine. We’re posting one weight class per day, starting with strawweight and working our way up to heavyweight. The package was featured in the July issue of the magazine, which is on sale through June 28. Today: Junior bantamweights.

When it comes to long and circuitous roads to rematches, Nonito Donaire and Vic Darchinyan have nothing on Bernard Hopkins and Roy Jones. But it’s still been a long and circuitous road since their July ’07 bout in which Donaire scored both the Knockout and Upset of the year, and it’s anyone’s guess if and when they’ll meet again after talks for a fight in August apparently broke down. If Manny Pacquiao and Floyd Mayweather taught us anything, it’s that there’s no detail too small to prevent a fight.

Hopefully Donaire-Darchinyan II will happen, because it’s by far the most significant and appealing fight that can be made at 115 pounds. Donaire, scheduled to face Puerto Rican Hernan Marquez on July 10 instead, moved up from flyweight two fights ago and Darchinyan moved back down from bantamweight two fights ago. Although some believe Donaire is just too talented and a bad style matchup for the Aussie-Armenian, others view this as a fight in which Darchinyan has an excellent chance of gaining revenge. Here at THE RING, we just view it as a fight we’d love to see.

Former RING junior fly champ Hugo Cazares and Omar Narvaez are the next most-significant fighters in this weight class. Cazares outpointed Nobuo Nashiro to take the Japanese fighter’s title after the two had battled to a draw last year. Narvaez, the former longtime flyweight titleholder from Argentina, easily outpointed Everth Briceno to win a belt in a second weight class.

The rest of the division is a nice balance of names you know and names you don’t. The ones you know include the never-boring Jorge Arce, still hanging in there after 61 pro fights, and Alexander Munoz, the two-time ex-titlist who handed Nashiro his first defeat. The names you probably don’t know include unbeaten South African Simphiwe Nongqayi, who easily outpointed Arce in ’09 but then struggled to a draw with unknown Malik Bouziane; Kohei Kono, a Japanese fighter who lost a one-point split decision to Nashiro in ’08; and Drian Francisco, an unbeaten Filipino who knocked out Roberto Vasquez last October and Ricardo Nunez in April.