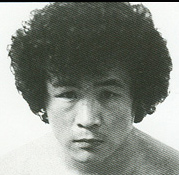 Jung-Koo Chang is the first Korean fighter to be inducted into the International Boxing Hall of Fame, making the South Korea-born fighter a trail blazer for his boxing-rich culture.

A quarter of a century ago, the fearless junior flyweight blazed a trail through a deep 108-pound division, winning a world title, defending it a record number of times, and earning the respect of boxing fans throughout Asia and Latin America, from where many of his ring foes hailed.

Chang, nicknamed “The Korean Hawk” because he had a relentless style reminiscent of Aaron “Hawk” Pryor, also earned the respect of boxing aficionados in the U.S.

“Chang's induction into the International Boxing Hall of Fame is an honor that is long overdue; in fact, I think he should have been a first-ballot inductee,” said Groves, who was part of a Boxing Writers Association of America panel that wrote biographies on 45 fighters, including Chang, on the IBHOF ballot that was distributed to the organization's electorate.

“The biographies of this year’s inductees, Danny Lopez and Chang, were among the 45 posted on the BWAA's web site and distributed to the organization's electorate,” Groves continued. “Once the voters saw Chang's credentials, they voted him in the first opportunity and I don't think that's an accident. I believe the BWAA biographies assembled by the three-man panel that included Cliff Rold and Jack Obermayer helped make the task of assessing the candidates much easier for those who don't have the time or diligence to do their own research.”

Chang possessed a potent blend of natural ability and extreme dedication to training. The native of Pusan, South Korea turned pro in November of 1980 at age 17 with no amateur background. Still, he went undefeated in his first 18 bouts, which included victories over former titleholders Alfonso Lopez and Amado Ursua.

Chang’s first loss was a 15-round split decision to reigning champ Hilario Zapata in September of 1982. It was his 19th pro bout. He wouldn’t lose again until his 39th pro bout, a 12-round decision loss to future hall of famer Humberto “Chiquita” Gonzalez in December of 1989.

“Chang began as a boxer-puncher with excellent footwork but as his career proceeded he became an ultra-aggressive grinder who never stopped coming,” Groves said. “He was a real handful for opponents, and referees for that matter. He climbed all over his opponents and simply wore them out with his relentlessness.”

One thing that did not change during Chang’s career was the quality of his opposition, which remained world class.

“One of the landmark traits of a Hall of Famer is long-term dominance over his era and in that respect Chang is more than qualified,” Groves said. “Over his nearly six-year reign as WBC junior flyweight champion, he racked up 15 defenses, surpassing Yoko Gushiken's divisional record of 13. He prevailed over a pretty strong division as he defeated Sot Chitalada, Hilario Zapata, Katsuo Tokashiki and German Torres, among others.

“His most impressive performances include his two fights with Hideyuki Ohashi, his title-winning rematch with Zapata and his third victory over Torres, a tough Mexican who gave him real problems in their second fight.”

The names of Chang’s victims will not ring a bell with casual American fans. They were not already accomplished vets when they faced the South Korean but went on to make names for themselves after losing to the fierce competitor.

Zapata, a well-traveled world-beater from Panama, was a two-time titleholder who made eight defenses of his 108-pound belt before he handed Chang his first loss. Chang stopped Zapata in the third round of their rematch to win the title in March of 1983. The underrated Panamanian went on to win a third title at flyweight, which he defended five times in the mid-1980s.

Chitalada was a former Muy Thai kickboxing champion so advanced in the combat sports that he challenged Chang after only four pro boxing matches. Chang outpointed the Thai hero over 12 rounds in 1984, but Chitalada won a flyweight title in his eighth pro bout and defended it 10 times over two reigns.

Tokashiki was a former junior flyweight titleholder from Japan who had defended his belt five times. Chang retired him with a ninth-round stoppage in August of 1984.

Ohashi was a Japanese prodigy who challenged Chang in his seventh and 11th pro bouts and was stopped by the Korean veteran in both title bouts which took place in 1986 and 1988. Ohashi, who now promotes fights in Japan, dropped down to strawweight, where he won two titles.

Torres was a perennial contender from Mexico who won a vacant belt after three failed tries at Chang’s title in 1983, 1985, and 1986.

Mexico’s Isidro Perez, who Chang outpointed in 1987, went on to win a flyweight title.

In all, Chang defeated eight titleholders during his reign, as well as Top-10 contenders Francisco Montiel and Jorge Cano.

Ironically, the only top junior flyweight of the 1980s who Chang didn’t fight was countryman Myung Woo Yuh, a fellow titleholder who would eventually break his divisional title defense record in the 1990s.

“Along with Myung Woo Yuh, Chang is considered the greatest fighter that South Korea has ever produced, which is saying something because South Korea has a rich boxing history,” Groves said.

An integral part of that history is the junior flyweight division, where eight Koreans have held titles. The division was put on the map in Asia in the late 1970s by great Japanese champ Yoko Gushiken, but it belonged to South Korea in the 1980s, thanks to Chang.

Chang briefly retired in 1988, the year his country hosted the Olympic Games. He returned to the sport a year later and lost to newly crowned Gonzalez (then 25-0, 20 KOs), who went on to post a hall-of-fame career.

Chang lost the last two bouts of his career, flyweight title challenges to Chitalada and Muangchai Kittikasem in 1990 and 1991, but his body of work at 108 pounds is as good as any fighter who has ever campaigned at junior flyweight.

“Any Hall of Fame worth its salt should include Chang as well as Yuh, Gushiken and Hilario Zapata,” Groves said.