Is Miguel Cotto a future hall of famer? 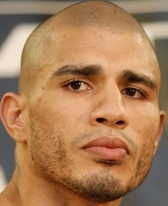 Note: The image of Miguel Cotto on the homepage — “Hands of a Fighter” — was painted by artist Tyler Streeter, whose unique painting style is matched with his reverence for the sweet science. “I try and give the viewer a glimpse into the sacrifice endured by these great fighters in pursuit of glory as we can all relate to sacrifice and struggle on some level.” View more of Streeter's work at www.tylerstreeter.com.

It seems as if Miguel Cotto has been around since the late 1980s, but the former two-division titleholder turned pro in early 2001 and is only 29.

Despite recent setbacks, the Puerto Rican star’s career is far from over. However, Cotto’s already shaky status as an elite fighter could end if he loses his challenge to junior middleweight beltholder Yuri Foreman on Saturday.

If the Belarus-born Brooklyn-based Israeli beats Cotto (34-2, 27 knockouts), it’s very likely the Puerto Rican will become a high-profile gatekeeper for up-and-comers if he decides to continue fighting and we all know he’s too proud to be anyone’s stepping stone.

Cotto is the slight betting favorite. Based on his accomplishments and his opponent’s comparative lack of world-class opposition, he deserves to be. However, more than a few boxing writers and insiders believe Foreman (28-0, 8 KOs) will pull off the minor upset.

Those picking Foreman to win do so with Cotto’s brutal late-rounds stoppages to Antonio Margarito and Manny Pacquiao in mind as much as the style matchup, which doesn’t appear to favor the veteran.

So, it’s conceivable that Saturday’s HBO-televised showdown from the new Yankee Stadium in Bronx, N.Y., could be Cotto’s last fight.

If it is, what kind of a career did he have?

When Top Rank signed Cotto almost 10 years ago, the Las Vegas-based promotional company touted the 2000 Olympian as a blue-chip prospect with the potential to replace Felix Trinidad as the boxing icon of Puerto Rico. Put short, Cotto was going to do big things.

Top Rank president Bob Arum proudly proclaimed Cotto to be a future first-ballot hall of famer at the post-fight press conference after his first title-winning effort, an impressive sixth-round stoppage of amateur rival Kelson Pinto in September of 2004.

Top Rank helped develop Cotto into a bona fide attraction in Puerto Rico and New York City over the next four years, as the fighter battled top 140-pound opposition before stepping up to welterweight, where he won another title and earned pound-for-pound status by taking on the best fighters of the 147-pound division.

And yet, Cotto may have fallen short of Arum’s bold prediction.

Despite his popularity and accomplishments, most hardcore fans believe Cotto is closer to former welterweight titleholder Ike Quartey than Trinidad; a borderline hall of famer as opposed to a first-ballot inductee.

“Miguel Cotto in the hall of fame? Only as soon as Harry Jeffra gets in,” boxing historian Bert Sugar told RingTV.com.

In other words, there are fighters with better credentials than Cotto who deserve more hall of fame consideration.

“Cotto is on the cusp,” Sugar continued. “He’s won three championships in two divisions. That’s not bad, but it’s not enough. A win on Saturday would give him a title in a third division, which would extend his career, but I’m not sure that makes him hall of fame worthy. There are more accomplished fighters I believe are on the cusp — Oscar De La Hoya for instance — that I would vote in before Cotto.

“Don't get me wrong. Cotto’s had a heck of a career. He beat a lot of good fighters and he’s the biggest ticket seller out of Puerto Rico right now, but I can’t call what he’s had so far a great career because he lost his two biggest fights, to Margarito and Pacquiao.”

Sugar makes a good point, but it should be noted that Margarito and Pacquiao are just two of 13 fighters Cotto has faced who have held world titles. Cotto beat the others, two of whom — Zab Judah and Shane Mosley — were once recognized as champions by THE RING.

Even Cotto’s most ardent critics acknowledge that he never sought the easy road to recognition.

Foreman will be the sixth in-his-prime, undefeated fighter Cotto has faced. Of the previous five — which includes Carlos Quintana and Paulie Malignaggi — only one, Pinto, has not gone on to win a world title after Cotto beat him.

So it seems harsh to penalize him for the only two losses of his career. Then again, getting into the hall of fame is supposed to hard, right?

“The criteria to get into the hall of fame is to be 'great' and great fighters win their biggest fights,” Sugar said. “I’ve never heard anyone use ‘great’ as an adjective to describe Cotto.

“I don’t think he ever really picked up the mantle from Felix Trinidad among Puerto Rican fight fans. Some fighters get extra points for their fan base, for having the ability, the charisma to ‘wow’ them. Jack Dempsey is one. People saw him as great at the time he fought. Muhammad Ali said he was great, people saw him as great and that resonated with his generation. I think the word ‘great’ is needed to get into the hall of fame.”

It should be, but is it?

“The hall of fame has its share of inductees who aren’t great,” said Cliff Rold, a young historian who writes for BoxingScene.com. “Rocky Graziano made for great fights but he wasn’t a great fighter. Half of the heavyweights in the hall of fame don’t deserve to be there. Way too much credit is given to the heavyweight title. Ingemar Johansson is in there for one good victory. Pretty much every former heavyweight champ better than Primo Carnera is in there.

“I think Cotto deserves consideration based on his body of work. No, he’s not dynamic, he never stood out in any one area, and he was never considered ‘great,’ but I think he could be a victim of circumstance. He stepped up to the welterweight division at a time when it was packed with dangerous, formidable fighters and he didn’t duck anyone.”

Indeed. From the time of Cotto’s welterweight debut, in December of 2006, seven of the nine 147 pounders he’s fought — including Quintana, Mosley and Joshua Clottey — were ranked by THE RING.

“The only guys Cotto’s lost to are Margarito, a total badass who may been cheating, and Pacquiao, who is arguably the best fighter in boxing since Roberto Duran,” Rold said. “So what if those were his biggest fights? Did Thomas Hearns win his biggest fights? Should his career be judged on his losses to Sugar Ray Leonard and Marvin Hagler? In Hearns’ defense, he beat Wilfred Benitez and Roberto Duran, and Cotto hasn’t defeated anyone that good. Cotto is not on Hearns’ level, but he’s never lost to a fighter of Iran Barkley’s level, either. Barkley lost to every other top fighter not named Thomas Hearns.”

However, Sugar points out that Hearns had something — at least for a time — that Cotto never possessed: the mystique of perceived invincibility. Until the Hitman clashed with Leonard, he appeared unbeatable at welterweight. He was unbeaten at junior middleweight, where he scored his victories over Benitez and Duran.

“That helps a fighter when considering his hall of fame status,” Sugar said. “Cotto never looked unbeatable. He always looked vulnerable at junior welterweight. He was strong for a brief period at welterweight but then he changed his style. He doesn’t go to the body the way he used to and you know when he’s in trouble these days because he starts going backwards, as he did against Margarito and Clottey. I knew the Pacquiao fight was over when started backpedaling.

“Shane Mosley will probably be a first-ballot hall of famer because he was not only viewed as ‘great’ for the short period after he beat Oscar De La Hoya at welterweight, but if you look at his record at lightweight he was unbeatable, or at least he looked unbeatable.”

Rold points out that Cotto boxed his way to a unanimous decision over Mosley in a competitive bout that took place in November of 2007.

“And Cotto was never shutout the way Trinidad was against Bernard Hopkins and Winky Wright. Cotto was competitive in his losses. Trinidad will be a first-ballot hall of famer. So will Kostya Tszyu. But win for win, loss for loss, tell me why Trinidad or Tszyu are better than Cotto?

“I could be wrong, but I think over time, maybe 5 to 10 years from now, fans will look at the sum of Cotto’s parts and reevaluate him. I wouldn’t be surprised if one day he will be considered underrated.”

But what about now? What can a victory on Saturday do for Cotto’s career?

“The win itself doesn’t do much for Cotto’s hall of fame status because we don’t know how good Foreman is yet,” Rold said. “It will give him a fourth title in a third division, which is something, but what it really does is extend his career. It sets up matches in his new division. If he defends his title three or four times, maybe that’s enough to earn him a place in the hall of fame in the minds of those who do the voting.

“There are options for him at 154 pounds. A revenge match against Margarito is certainly marketable. He could roll the dice and take on a Paul Williams or Sergio Martinez and if by some miracle he beats those guys, that changes everything. He’ll get in. But I think what’s more likely is that he’ll defend his new title against solid guys and make for crowd-pleasing fights, kind of like Bobby Chacon did late in his career. And who wouldn’t want to see Cotto versus Alfredo Angulo?”

Of course, Cotto must defeat Foreman before fans can fantasize about future junior middleweight matchups.

A loss on Saturday could close the book on his career and maybe his chances of getting into the hall of fame.

“If he loses to Foreman and calls it a career, I don’t think his chances are very good at getting in, not on his first ballot, anyway,” Sugar said. “I think there will be a lot of fighters who had better careers than Cotto up for induction the same time he will be, fighters like Shane Mosley, Mike Tyson and Manny Pacquiao, fighters who were considered ‘great’ at some point during their careers.

“Their names might also be on the ballot with his, and if they are, I think Cotto will be overlooked.”