Khan dominates Malignaggi to 11-round TKO 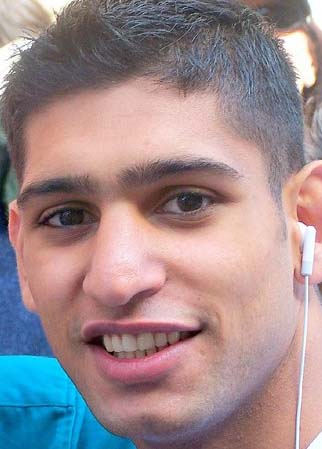 Junior welterweight titleholder Amir Khan made his U.S. debut a successful one by pummeling former beltholder Paul Malignaggi to an 11th-round technical stoppage in New York City on Saturday.

The British star was faster and more technically proficient than Malignaggi, constantly beating the New York veteran to the punch with head-snapping jabs and rights hands.

By the eighth round it was evident that Malignaggi (27-4, 5 KOs) has very little chance of winning a round much less pull out a miracle victory. Referee Steve Smoger began taking a close look at Malignaggi, who suffered lacerations over his left eye and under his right eye, after the ninth round. The veteran referee waved the one-sided beating off at 1:25 of the 11th.

“I knew I had to be smart with a fighter like Paulie and break him down slowly but from round nine I knew I was hurting him and then all I had to do was put pressure on him,” Khan (23-1, 17 knockouts) said after the fight.

Khan landed 40 percent of the 653 punches he threw at Maliganggi, who was impressed with the 23-year-old phenom.

“He was the stronger, bigger, faster fighter tonight,” Malignaggi said. “He's a very busy fighter. The way he moved, I couldn't get my distance with him.

“Amir just fought a great fight. I ran into a young clone of myself.”