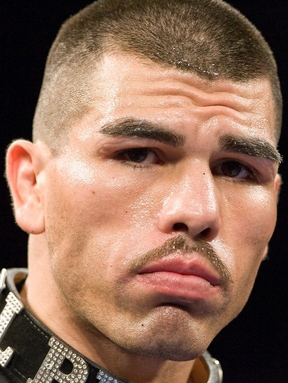 ONTARIO, Calif. — Alfred Angulo got the knockout he so desperately wanted to score with Joel Julio but he had to work hard for it.

THE RING’s No. 5-rated junior middleweight had to aggressively stalk Julio for 10 competitive rounds until he caught the talented Colombian with a brutally accurate right cross that abruptly ended the fight in the 11th round in the main undercard bout of the Chris Arreola-Tomasz Adamek heavyweight fight at the Citizens Business Bank Arena on Saturday

The junior middleweight co-feature was televised on HBO before the Arreola-Adamek bout.

Angulo (18-1, 15 knockouts), who was ahead on all three scorecards at the time of the stoppage, appeared to be on his way to a unanimous decision victory but his bruised and swollen face told the story of a difficult fight.

Julio (35-4, 31 KOs), a young veteran who was once one the sport’s hottest prospects, utilized his superior hand speed and athleticism well by sticking and moving for most of the fight. The Miami-based boxer-puncher landed crisp combinations in rounds three and four and effectively pot-shotted his antagonist down the stretch.

However, Angulo, who relentlessly pressed the action, was the more consistent fighter. The Southern California-based Mexican walked Julio down with his jab and punished the Colombian with accurate body-head combinations when he pinned his foe against the ropes.

Angulo was clearly the better-conditioned fighter, but Julio was in his best shape and focus in many years. However, conditioning went out the window when Angulo landed his right hand midway through the 11th round. Julio collapsed on his side and struggled to get to his feet, prompting referee Raul Caiz Sr. to stop the fight.

“I made a mistake and I paid for it, but I could have continued,” he said after the fight. “They stopped the fight too early. I was leading on the scorecards. This is unjust.”

In other action, Chris Avalos led a cadre of prospects that were showcased on the non-televised (in the U.S.) portion undercard.

Avalos (16-0, 13 knockouts), a bantamweight standout from Lancaster, Calif., made quick work of John Molina (27-12-3, 18 KOs), stopping the Colombian journeyman after two rounds of one-sided action in the scheduled 10 rounder.

Avalos, a busy hard-punching southpaw, picked up a North American title with his victory.

Come-backing lightweight prospect John Molina Jr., no relation to the guy Avalos beat up, scored an entertaining second-round stoppage of Jose Izquierdo. Molina (19-1, 15 KOs), a tall hard-punching native of Covina, Calif., was briefly rocked in the first round before he dropped Izquierdo (29-9-2, 14 KOs), a Cuban national now based in Mexico.

The two traded shots in the second round before a Molina right hand dropped Izquierdo again. The former Cuban amateur team member got up on wobbly legs, prompting referee Jerry Cantu to wave the bout off.

Southern California heavyweight Natu Visinia (4-0, 3 KOs) scored a four-round technical decision over flabby and flighty Geovanni Sarran, who as making his pro debut. Visinia, of Gardena, Calif., was too big and strong for Sarran, who could not continue after a clash of heads opened cut over his right eye.