Pavlik has rematch clause but it’s Martinez-Williams we want 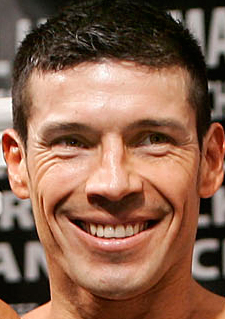 Kelly Pavlik's face was a bloody mess the final few rounds of his fight against Sergio Martinez on Saturday in Atlantic City, N.J. Photo / Naoki Fukuda

ATLANTIC CITY, N.J. — For most of 2009, Kelly Pavlik vs. Paul Williams was the middleweight championship fight we demanded to see. As it turns out, the fight we “settled for” in its place in December ’09, Williams vs. Sergio Martinez, is the one we’ll be demanding for the rest of 2010.

On Saturday night at Boardwalk Hall in Atlantic City, Pavlik learned what Williams already knew: that Martinez is one tricky, talented, tough Argentine. And whereas Williams was able to cope with “Maravilla” enough to eke out a controversial decision, Pavlik gave all he had and still came out a clear loser. At the end of 12 intriguing, bloody rounds, Martinez won a unanimous decision to become the new RING middleweight champion of the world.

Afterward, the dethroned champ said he wanted to exercise his rematch clause.

If Pavlik gets the immediate shot, that will deprive the boxing public, at least temporarily, of the more compelling rematch. Martinez-Williams II is the fight that boxing fans want to see. It was too close to call the first time. A rematch was a natural – and that it was without it being for the lineal middleweight title. Add that little detail to the mix, and it’s an exponentially bigger bout than it was the moment their Fight of the Year candidate wrapped up last Dec. 5.

Martinez-Pavlik wasn’t as entertaining a fight as Williams-Martinez, but it was still plenty intriguing. Saturday’s fight unfolded as a drama in three acts, each 12 minutes in length. Utilizing almost nonstop movement, Martinez (45-2-2, 24 KOs) swept the first four rounds. When the challenger appeared to tire and frequently stood still, Pavlik swept rounds five through eight, earning an extra point in the seventh for a knockdown from a right uppercut. But Martinez suddenly came back to life in the ninth, opened a torrential flood of plasma on Pavlik’s right eye and dominated the half-blind Ohioan for the final four rounds.

Martinez’s promoter, Lou DiBella, stormed across the ring after the final bell and yelled to the HBO broadcast crew, “If they rob him, he retires!”

Unlike in the Williams fight four months earlier and his controversial draw with Kermit Cintron in February of last year, there was no way any judge could deny Martinez this time around. Barbara Perez scored it 115-111, Roberto Ramirez had it 116-111 and Craig Metcalfe saw it 115-112, the same as RINGTV.com.

“It’s a 12-round plan,” Martinez said when asked about his mid-rounds fade. “I knew that I could beat him in the long run, in the championship rounds.”

While Martinez’s struggles were apparently somewhat by design, Pavlik’s were not, and we’re forced to wonder: Will “The Ghost” ever make it back to the top? There’s no question that late-bloomer Martinez is a very young 35. But is it fair to call Pavlik an old 28?

It seems a bit early to jump to that conclusion. Pavlik’s two losses came against Martinez and Bernard Hopkins, two boxers as slick and crafty as they come. So it’s partially a matter of styles.

But then again, Pavlik hasn’t looked great against a world-class opponent since his phenomenal 2007 campaign. His action-oriented style, coupled with health and injury problems, could be conspiring to limit his time at the top.

And making things worse, he has a nasty gash to recover from. Pavlik’s cutman, Sid Brumback, said after the fight that he expected the cut on the right eye to require at least a dozen stitches on the inside and at least two dozen outside.

Perhaps the recovery period will pave the way for the more appealing rematch, Martinez-Williams II. Or perhaps Pavlik will think again about his struggles making 160 pounds and change his mind about seeking revenge against Martinez.

At the beginning of Martinez-Pavlik, ring announcer Michael Buffer chose curious wording in introducing Pavlik. He ignored the loss to Hopkins and said the defending champ was “undefeated in the middleweight division with 36 fights, 36 wins.”

Never mind the fact that the numbers were inaccurate, since not all 36 of Pavlik’s wins were at middleweight. The more relevant point is that Pavlik can no longer claim to be undefeated at 160 pounds.

But Williams can. And other than the disputed decision against Williams, Martinez can too. That’s the rematch that should be happening in this division. Pavlik may have his rematch clause. But Williams-Martinez is the fight that has rematch cause.

Unbeaten welterweight Mike Jones (21-0, 17 KOs) cleared the way for a possible opportunity to fight on HBO in June by dominating every second of every round against Hector Munoz (18-3-1, 11 KOs) until referee Benji Esteves stopped the bout at 2:03 of the fifth round. Munoz, fighting for the first time in 18 months, was on his feet but taking a pounding when Esteves waved it off.

James Winchester (10-4, 3 KOs) put up a spirited challenge against junior middleweight up-and-comer Glen Tapia (6-0, 4 KOs), but all of his chest-pounding, trash-talking and willingness to trade didn’t translate to any points on the scorecards. Tapia put Winchester on the canvas in the second and won the four-rounder by unanimous scores of 40-35.

Junior welterweight Chris Hazimihalis (2-0, 2 KOs) needed just 88 seconds to dispose of winless Ramon Ellis (0-5), scoring a knockdown and then flurrying along the ropes until referee Samuel Viruet called what was arguably a quick stoppage.

In a minor upset, Vincent Arroyo (10-1, 7 KOs) knocked out previously unbeaten Jeremy Bryan (13-1, 6 KOs) with 1:17 left on the clock in the eighth and final round of a competitive, entertaining welterweight fight. Arroyo hurt Bryan and had him on his way to canvas, then drilled him with a two-punch combination when the New Jersey prospect’s rear end was on the bottom rope. Ref Viruet couldn’t step in and rule a knockdown before Arroyo unloaded the punches, and instead gave Bryan the full 10-count.

In the opening bout, one-time heavyweight contender Dominick Guinn (33-6-1, 22 KOs) beat trial horse Terrell Nelson (8-10, 5 KOs) by TKO at the end of the seventh round. Guinn knocked Nelson down with a heavy right hand at the end of the first round and seemed headed for a short night, but he let his game opponent hang around a while (and win at least two rounds on all scorecards) before Nelson’s corner stopped it.