A changed Berto will fight Quintana on Saturday 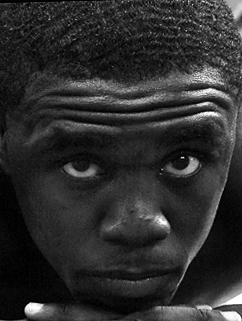 A different Andre Berto will fight Carlos Quintana on Saturday in Sunrise, Fla. The unbeaten welterweight titleholder is the same boxer, quick, strong, intense. The changes go much deeper than that.

Berto has a strong connection with Haiti, the homeland of his ancestors and the country for which he competed in the 2004 Olympics. He traveled there for the first time late last year to see the country and help his impoverished people in any way he could. For example, he helped sponsor a program that provided 10,000 pairs of shoes to an orphanage.

Thus, the shocking news of a powerful Jan. 13 earthquake that killed about 200,000 Haitians hit Berto extremely hard. He ultimately pulled out of the biggest fight of his life – against Shane Mosley – and flew to the ravaged island.

There, he witnessed first hand the horrors of such a calamity and will never be the same even as he resumes his boxing career on Saturday.

“I don’t think you can really go through that type of situation and not come away a different person,” he said. “I appreciate life a lot more now, definitely. I have a different perspective. I think I’ve matured because of this.”

The decision to pull out of the fight with Mosley, scheduled for Jan. 30, wasn’t difficult. Berto has family in Haiti and has become friends with many people there the past few years. He couldn’t focus on boxing in light of their suffering.

He would learn that his uncle was killed and that many of the children he knew at the orphanage also lost their lives.

“I saw images of the kids in my mind,” he said. “It was non-stop, the only thing I could think about. I had to cancel the fight.”

Berto is a tough guy, a fearless warrior in the ring. Nothing could’ve prepared him for what he witnessed in Haiti, though. He said it became another place entirely from the poor, but relatively peaceful country he visited a few months earlier.

From the air, before his plane landed, he could see the widespread devastation of collapsed buildings. And when he stepped off the plane, it wasn’t long before he was face to face with ghastly sights and sensations he could never have imagined.

The smell of death, he said, will linger in his nostrils.

“I helped pull people out of the rubble,” said Berto, who spent a surrealistic week there. “I saw dead bodies on the street. I carried dead bodies. I watched people die in front of me. It was horrible. I’ll never forget it.”

And, again, the Berto family wasn’t spared. An uncle and members of his family were among the dead.

“My family is doing OK,” he said, referring to his relatives in general. “I think everyone is thankful for the ones they didn’t lose. I lost my uncle and his family but we’re a strong family. I think everyone is coping as well as you can expect.”

Now it’s time for Berto to get back to what he knows best: boxing.

THE RING magazine’s No. 5-rated welterweight hasn’t fought since May 30 of last year, when he easily outpointed Juan Urango in the third defense of his belt.

Berto would rather be fighting Mosley. A victory over such an established star would’ve lifted him to elite status. He doesn’t seem to regret any missed opportunity, though. He believes “everything happens for a reason. I’m young. I have a lot of fight left in me.”

Quintana, the conqueror of Paul Williams, isn’t Mosley but he’s well known and the fight will be on HBO, which will give Berto great exposure.

And Berto will have extra motivation both in this fight – from which a portion of the proceeds will go toward relief in Haiti through his foundation, the Berto Dynasty Foundation – and in the remainder of his boxing career. It goes back to his new appreciation for life.

“I think just making the trip over to Haiti has changed my motivation when it comes to boxing,” he said. “To go through what I went through, to see what I saw, made me appreciate everything around me. It made me appreciate the talent I’ve been blessed with.

“And I feel I can serve more of a purpose, going into the ring and putting on these performances but also using it as a platform to do things outside the ring, to help people.”