Pavlik looks to redeem himself against Martinez 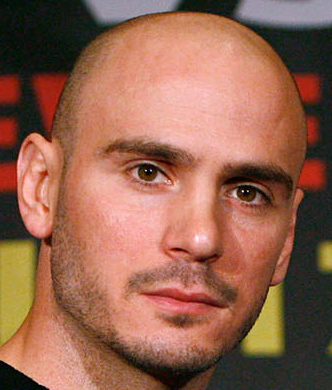 GRAPEVINE, Texas — Kelly Pavlik has a very simple plan to make up for a disastrous 2009: Take on the most dangerous opponent available in his first fight of 2010.

The middleweight champ will attempt to defend his title against THE RING’s No. 1-rated junior middleweight Sergio Martinez in an HBO-televised bout on April 17.

The fight will take place at Boardwalk Hall in Atlantic City, N.J., where Martinez (44-2-2, 24 knockouts) engaged Paul Williams in a thrilling Fight of the Year candidate in December. Martinez dropped a majority decision but many observers believed the athletic southpaw from Argentina deserved the nod.

“I had Martinez up by two rounds,” Pavlik told boxing writers at a Saturday morning press conference for the Martinez fight held at the Gaylord Texan Convention Center, the host hotel site for the Pacquiao-Clottey fight. “He was impressive. He showed me that he’s got skill, intelligence and a lot of balls. I know I’ve got a tough fight with him. He’s going to be there for all 12 rounds and he’s not going to back down.”

Everyone agrees that Pavlik-Martinez is going to be a good fight. More than a few believe that Martinez’s hand speed, considerable power and stick-and-move style will be too much for Pavlik, which is why the champ wanted the fight.

“I’m excited about this fight,” he said. “I took a lot of criticism in 2009 and this is my way of showing everyone that I’ll fight anyone who’s at the top. I took this fight with no doubts or hesitation because I want to prove that I’m back.”

Pavlik had a bad year in 2009 by most accounts and his own admission.

He had hoped to rebound from the first loss of his career, a one-sided decision to Bernard Hopkins in October of 2008, but most of the year was spent trying to recover from a recurring staph infection in his left hand.

The infection lead to near-death experience when he had a severe allergic reaction to an antibiotic, and it caused him to pullout of two fights, scheduled on Oct. 3 and Dec. 5, with Williams. Pavlik’s reputation nose dived in 2009 amid rumors of problem drinking and two low-profile fights against lesser opponents on small pay-per-view shows.

But what hurt him the most were accusations that he was afraid to fight Williams.

Pavlik, who has already begun training and looks fit at 176 pounds, believes a convincing victory against Martinez will erase most of the doubt that fans and some members of the media have about him.

“I think Martinez is a more dangerous fight for me than Williams would be,” he said. “Williams is a volume puncher. He throws five and six shots at a time and leaves himself open when he does it. Martinez is awkward and he moves and punches from different angles. He dropped Williams because he landed a punch that Williams didn’t see.”

Martinez said that he will do the same thing to Pavlik, and he plans to keep the champ on the canvas when he does so.

“Pavlik will make for a great fight, like Williams,” he said through his manager Sampson Lewkowicz. “But I’ll be much better this time and I will win by knockout.”

One can’t blame Martinez for wanting to take the outcome of the fight out of the hands of the officials. Prior to dropping the disputed decision in December (one of the judges tallied a ludicrous 119-110 for Williams), Martinez was held to a controversial draw against Kermit Cintron in a bout that nearly everyone thought he not only won on points but deserved to win by knockout.

Martinez decked Cintron for the count in the seventh round but the former welterweight titleholder somehow convinced the referee that he was dropped by a head butt and the fight resumed after it was seemingly waved off.

Martinez’s promoter, Lou DiBella, has stood by his fighter throughout the hardships of 2009. Despite the crummy scorecards and officiating, he knows that fans have begun to recognize Martinez’s talent.

“My guy’s a beast,” he said at the press conference. “He should be 2-0 in his last two fights. He should be fighting at junior middleweight but nobody wants to fight him at 154 pounds. Frankly, he’s the biggest threat to Kelly at middleweight.”

DiBella believes Martinez is the best fighter from Argentina since Monzon.

“He’s not Carlos Monzon, and on April 17, Lou DiBella will be 0-3 versus Team Pavlik,” Lowe said, referencing Pavlik’s back-to-back victories over former champ Jermain Taylor, who was promoted by DiBella.

Pavlik is somewhere in the middle. He agrees that Martinez is probably his biggest threat but he doesn’t see an invincible fighter.

“There are ways to cut the ring off on movers and ways to move a southpaw into your punches, and I’m going to do that,” he said. “It’s a tough fight because of his style but I’ve noticed that in the middle rounds and later in the fight he does get a little bit winded because of all of his movement. That’s something we’re preparing for.”

Pavlik is also preparing to make up for lost time.

“The plan is to beat Martinez convincingly and then keep fighting top fighters.”