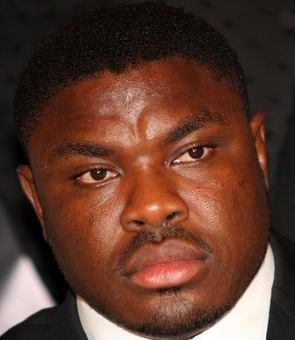 Bob Arum has fight cards scheduled at Cowboys Stadium (pictured) on Saturday and Yankee Stadium in June as part of a new strategy to build a bigger fan base for boxing. Photo / Jeremy Lipsey-Dallas Cowboys

DALLAS — Boxing in recent years traveled mostly in one direction — toward Las Vegas, where big casinos would pay exorbitant site fees for the biggest fights to lure gamblers into town.

That might be changing to some degree. The biggest fight of the new year — Manny Pacquiao vs. Joshua Clottey on Saturday — is not in a small arena in Sin City but in a massive, spanking-new venue deep in the heart of Texas , $1.2 billion Cowboys Stadium in Arlington.

And in June, Yuri Foreman and Miguel Cotto will square off in another glitzy new building, Yankee Stadium in New York.

No one should write Las Vegas off as a hub of the sport; boxing remains an important part of the city’s fabric. However, Bob Arum of Top Rank, the promoter of both fights mentioned above, said he will continue to stage boxing cards in larger venues across the country to expand interest in the sport.

“It’s important to show the brand of boxing, the enthusiasm for boxing,” Arum said. “The way you do that is in big, known venues. That’s why we have the fight (on Saturday) at Cowboys stadium and the fight in June at Yankee Stadium.

“I think you do a disservice to the sport if you bring all big fights to Las Vegas. You make it insular. This is the template for what our plans will be.”

The fact Arum seems to be at odds with the casino most invested in the sport, the MGM Grand, where rival promoter Oscar De La Hoya stages most of his biggest fights, probably has motivated Arum to seek outside venues. He told a group of reporters Wednesday that “Golden Boy is in bed with the MGM.”

Regardless, one of the two most-powerful forces in the sport has moved in another direction and presents a good argument for doing so.

First, these new, ridiculously expensive stadiums need to fill their open dates to justify their existence. Of course, Cowboys Stadium was built for America’s team but the NBA staged its all-star game there and now it will be graced by perhaps the biggest attraction in boxing, Pacquiao.

Yankee Stadium, which cost $1.5 billion to build and opened last April, is in a similar position.

“I think you’ll see that these new stadiums can’t survive on only their main attraction,” said Carl Moretti, vice president of boxing operations for Top Rank. “Especially football stadiums, where they have eight games a year, a couple of exhibitions and hope to get into the playoffs. They need other events to fill them.”

And, as the Pacquiao-Clottey fight seems to indicate, it’s possible to fill the seats. It appears the goal of 45,000 fans on Saturday night will be realized.

One reason might be ticket pricing, which is scaled down to reflect the size of the stadium and the distance most spectators will be from the ring. Tickets for Saturday’s fight range from $50 in the hinterlands to $700 near the ring, much less expensive than a big fight in Las Vegas.

The gate will be comparable to a Las Vegas card even with the large crowd because of the ticket prices but more fans will be able to watch a live fight, which is the thrust of Arum’s strategy.

“When you do big fights at big venues, people can watch it live without taking out a mortgage,” Arum said. “I think charging $1,200, $1,500 for (a ringside seat in Las Vegas) is a disservice to the sport. That’s a mistake. ÔÇª We got into a rut. Everyone, including ourselves, did the easy thing and had events brought into Las Vegas.

“Why? Because the hotels are there. It was easy. Well, easy doesn’t necessarily mean it’s the best for yourself or the sport.”

And presumably they will be authentic fans, which isn’t necessarily the case for boxing cards in Las Vegas. The casinos give away many tickets to high rollers as an incentive to lure them there.

Arum and Co. don’t believe that’s the best way to build a fan base for a sport competing with MMA and other genres of entertainment.

“I think the fact people are actually buying tickets — as opposed to them being given tickets — gives them more of a rooting interest,” Moretti said. “They really want to be there. I think we’re going to see a lot more people watching the undercard fights on Saturday. In Las Vegas, they show up for the main event and then go back to the tables, which is fine.

“I just think there’s something different about the atmosphere at a non-casino boxing show. In a perfect world, we’ll have a great fight on Saturday and 40,000 people will become boxing fans if they’re not already fans.”