Roach: The start of something good 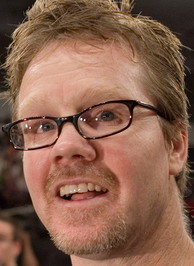 DALLAS — Freddie Roach was bitter when his boxing career ended. The fearless brawler from the Boston area had worked tirelessly for much of his life to realize one goal — win a world championship — but, limited in natural talent, he came up short.

He was left with nothing when it was over, or so he thought. He worked as a telemarketer and by his own admission, “stayed drunk for about a year.” He had no intention of remaining in boxing in any capacity.

And then came that twist of fate that changes history. Virgil Hill, a stablemate at the gym of legendary trainer Eddie Futch in Las Vegas, asked Roach to work with him because Futch was too busy with Larry Holmes, Michael Spinks and other big-name fighters.

About a year later, Hill won a world title with Roach in his corner and the career of one of the most-successful trainers ever was underway. Today, Roach can claim he’s trained an astounding 27 major titleholders, including his prize pupil — Manny Pacquiao, who fights Joshua Clottey on Saturday at Cowboys Stadium.

“I found out I could be a better trainer than a fighter,” Roach said before Pacquiao worked out for the media in the trainer’s Wild Card Boxing Club in Hollywood, Calif. “I have Virgil Hill and Eddie Futch to thank for that. Eddie taught me the ropes and Virgil asked me to help him. It’s been a good ride ever since.”

Roach had extensive amateur experience and a good eight-year professional career under Futch, fighting on the fringes of the world rankings and facing such big-name foes as Bobby Chacon, Greg Haugen and Hector Camacho. He thrilled crowds with his reckless style and was successful, finishing with a record of 39-13 (15 knockouts).

His God-given talent didn’t quite equal his ferocity and impeccable conditioning, though. Thus, he never won that one big fight that might’ve led to a shot at a title. The result was a heart-breaking void that would never be completely filled.

Roach no longer feels the sting of that disappointment. He has too much for which to be grateful these days to live in the past. It still nags at him a bit, though.

“I’m a little bit bitter,” he said. “I put my whole life into something and didn’t get a shot at (a title). I don’t really dwell on that anymore. Helping fighters win world championships has replaced that for me a little bit. That helped a lot. I’m sure if I weren’t involved in boxing, it would bother me a little bit more.

“Only a few people can be world champions. I know that.”

Roach had to begin thinking about life after boxing even before he lost five of his final six fights for one reason: He was broke. He made $5,000 for his last fight but had borrowed $3,000 beforehand just to survive. He never made more than $7,500 for one night’s work, meaning he “lived fight by fight.”

He was a 26-year-old about-to-be-former boxer who and had no idea what he would do the rest of his life, which was a frightening thought.

“That’s probably why I was drinking so much,” he said. “The thing was that all the people who said, ‘When you retire, come and get a job with me,’ they were gone. They all said, ‘Well, things are kind of slow now.’ I learned that the old saying ‘you’re only as good as your last fight’ was the truest statement in the world. I thought maybe I’d end up dealing cards in Vegas or something like that, something I really didn’t want to do.

“I really didn’t know where I was headed.”

Roach actually thought of becoming an arborist, someone who manages the health of trees and plants. That’s what his father did and he had some training in the field. However, he decided for the time being to go a simpler route.

He began working shortly before the end of boxing career for his brother Joey, who owned a telemarketing firm in Las Vegas. He sat in an office with about 100 other telemarketers selling promotional items — pens, key tags, coffee mugs, etc. — to companies over the phone in four-hour shifts. At least that was the goal. He wasn’t very good at it, he admits.

Roach likes to quote Joey, who passed away last year: “He always said, ‘I could sell an ice box to an Eskimo but you couldn’t sell a tire to a guy with three flats.'”

It didn’t really matter. Roach had some fun as a telemarketer — he said he got a kick out of the chaotic energy in the office — but he knew this wasn’t his future, whatever it might be.

Then, in 1986, Hill approached him. The former silver medalist from the 1984 Olympics came from his hometown of Williston, N.D., to Las Vegas for the same reason Roach did, to work with Futch. But the great trainer had his hands full with other big-name fighters, the biggest being heavyweights Holmes and Spinks, and Hill wasn’t getting the attention he felt he needed.

Hill knew who to turn to. He had watched Roach train, watched him push himself to his limits to learn as much as possible and reach peak condition for every fight. Roach was always fully prepared, an attribute all his pupils now share.

“I used to run with Freddie back in the day, around the dunes in Las Vegas,” said Hill, who runs his own gym in New Jersey. “I saw how hard and how smart he trained. And I knew that he’d actually done it, he’d actually been in the ring and battled. That was important to me.

“I had all the confidence in the world in him. I’d seen him do everything he said.”

Roach had never trained another fighter but obviously absorbed the vast wisdom of Futch and assistant Thel Torrance, worked extremely hard and took naturally to teaching.

From the beginning, Hill said, Roach had the calm confidence of a veteran trainer — even if he had some doubts in the beginning.

“When Virgil asked me, the first thing I said was, ‘I don’t know how to train people,” Roach said with a laugh. “Virgil had to give me lessons on how to catch punches. He learned as an amateur when he fought in Cuba. The Cubans do that well; they were ahead of us on that. Eddie used to have us hit the mitts but only one punch at a time, just for technique.

“Anyway, he talked me into it and I started working with him. A year later, when I was only 27, we won a world title. I really liked that. Since that point, my goal has been to make as many world champions as possible.”

Hill won a light heavyweight title — a first for both fighter and trainer — by stopping Leslie Stewart in four rounds on Sept. 5, 1987. Hill would go on to make 10 successful defenses of his belt and win four more belts in a career that undoubtedly will land him in the International Hall of Fame.

Roach went on to help build 26 more major titleholders and become the most-respected trainer in the world. He no longer has to borrow money to survive. And, even though he never realized his dream of winning a championship, he too will end up in the Hall of Fame.

The courageous battler has come a long way from telemarketing.

“It’s crazy,” said Roach, referring to his success. “I’ve had 27 world champions. My trainer, Eddie Futch, had something like 24. Eddie is the greatest trainer in the world. I never thought I’d come close to someone like that.

“It’s funny how things work out. First, Virgil asks me to help him when I wasn’t expecting it. Then, after I help develop these fighters, I build this gym and someone like Manny Pacquiao walks through the door looking for a trainer. Is it part luck? It sure is.

“I’ve been in the right place at the right time. Timing is everything in life.”