Douglas exposed Tyson as mortal after all 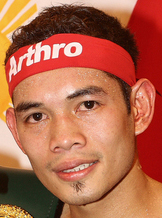 Sometimes we can’t conceive of a dominating fighter losing until we see it happen. That was the case when Buster Douglas upset Mike Tyson on Feb. 11, 1990, although even then many couldn’t accept it.

Douglas’ historic knockout proved once again that no one is invincible – as if we needed proof – and, more specifically, opened the door to the argument that Tyson wasn’t quite as mighty as we believed.

Tyson was very good, certainly among the Top 15-20 heavyweights of all time. His exceptional hand speed, power and ferocity combined to make him a frightening fighting machine. He knocked out 44 of his 50 victims, one of the best KO ratios in history.

Just as important, that string of brutally fascinating knockouts – and later his foul mouth and misdeeds – made him an enormous figure in popular culture. He probably was second only to Muhammad Ali among boxers in terms of international fame in the post-Joe Louis era.

He just wasn’t a GREAT fighter.

Even today, his many fans will describe the previous sentence as hogwash. At his best, they say, no one could’ve beaten him for the reasons mentioned above. Many fans never saw a heavyweight as dominating before or since, an image to which they continue to cling tightly.

The problem with Tyson is this: He never beat a Hall of Fame-caliber opponent when that opponent was even near his prime. And, the fact is, fighters must beat great fighters (or at least near-great) to be considered great themselves.

Tyson was a small heavyweight (5-10, about 220 in his prime) who destroyed a long list of nobodies but was destined to have trouble with bigger, skillful opponents who weren’t afraid of him. He also never overcame extreme adversity to win a fight, another standard used to determine greatness.

Douglas (6-3¾ and 231¾ when he fought Tyson) illustrated both those points. The prohibitive underdog was big, skillful, motivated and utterly unafraid of his then-unbeaten foe, whom he broke down and then knocked out. No one who saw it will forget the unmovable force fumbling for his mouth piece as he was being counted out.

Tyson’s loyal supporters will say that he was undertrained and unfocused for the fight, in part because of complacency. Or that his cornermen were incompetent. Or that he failed to take Douglas seriously. Or even that Douglas should’ve been counted out when he went down in the eighth round, which Don King claimed in a desperate effort to save his cash cow.

The problem with all those arguments is that every fighter who loses can come up with plausible excuses. The bottom line is that a good fighter lost to another good fighter who was better – much better – that day.

After that unforgettable night, after we saw him lose badly, we had no choice but to downgrade our opinion of Tyson as a fighter. And he did nothing thereafter to bolster any claim to greatness.

The best fighter Tyson ever beat was Michael Spinks, a dominating 175-pounder but average heavyweight who was terrified when he stepped into the ring with Tyson in 1988, an advantage Tyson had over most opponents. He also stopped Larry Holmes the same year but Holmes was 38 and in decline.

After that, his resume is void of memorable names in part because he fought in an era that was very weak when he was at his best. That’s not his fault, obviously, but it’s reality.

And consider this: Even some of Tyson’s most-ardent supporters will acknowledge that he was never as dominating after he lost to Douglas, meaning he peaked at the ripe old age of 23. He was only 13-5 (with two no-contests) after the Douglas fight against marginal opposition.

If that’s not a shooting star, what is?

He ultimately had three fights against current or future Hall of Famers, two against Evander Holyfield and one against Lennox Lewis. He lost all three badly, the first an 11th-round KO by Holyfield; the second the ear-biting fight, which many believe saved him from another knockout; and an eighth-round KO to Lewis when Tyson was badly faded.

Clearly, he is no better than the third best heavyweight of his time – behind Holyfield and Lewis – and arguably behind Riddick Bowe.

And there’s no shame in that. Tyson was an outstanding fighter – a future hall of famer himself — who might’ve brought more excitement to fans than any heavyweight in history. That’s saying something even if he wasn’t as good as we once thought he was.

Douglas had his night in Tokyo but it’s Tyson, in spite of any deficiencies, who will never be forgotten.