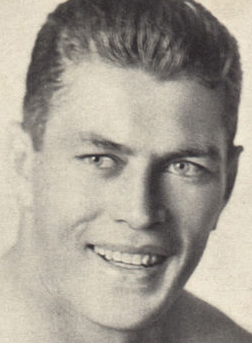 Edwin Valero: The lightweight titleholder from Venezuela saw his defense against Antonio DeMarco on Saturday on Showtime as a chance to show a wide audience that he’s the most-badass lightweight in the world. He succeeded. Valero gave the best performance of his career, brutally breaking down a very good opponent with a complete attack in spite of a monstrous cut on his forehead. I think Al Bernstein’s comparisons to Manny Pacquiao were apt. I don’t see any 135 pounder beating him and I wonder about all those at 140. We can only hope that this is only the start for Valero, whose ability and fire could make him a huge star in a sport hungry for stand-out personalities.

Antonio DeMarco: DeMarco shouldn’t be dismissed as a potential star because he was beaten up by one of the scariest fighters in the world; 26 other fighters can relate to his unenviable experience. The young Mexican demonstrated typically solid boxing skills, great courage and uncommon resilience in front of his countrymen in Monterrey, Mexico. He was ultimately broken down but he was never rocked by a single shot from a big puncher, evidence of an exceptional chin. That type of resilience will serve him well as he tries to bounce back from this painful setback. And he will bounce back.

Glen Johnson: The 2004 RING Fighter of the Year said he would retire if he didn’t beat Yusaf Mack on Friday night in Miami, Johnson’s hometown. Now, after his impressive sixth-round knockout of Mack, he’s in line to fight Tavoris Cloud for a major light heavyweight title. And he did it at 41. Johnson is the best boxing has to offer, a hard-working fighter who has always entertained the fans in the ring and handled himself with uncommon grace outside it. It’s a pleasure to see a man like that succeed when most of his peers are already retired. And he has a good chance of beating the fierce Cloud, which means this story could get even better.

Yusaf Mack: The light heavyweight contender shouldn’t be ashamed that he lost to Johnson. Many good fighters have suffered the same fate. And he held his own for five-plus rounds, which can be construed as encouraging. However, this was a significant step backward. Mack had built considerable momentum since moving up from super middleweight, winning his first five fights at 175 pounds and rising to No. 7 in THE RING ratings. Now, he’ll probably have to win two or three fights against established opponents to earn a shot at his first major title. I won’t be surprised if he does it based on what I saw in the first half of Friday’s fight.

Tomasz Adamek vs. Jason Estrada: I suppose we shouldn’t be too surprised that a natural heavyweight with a good amateur background would give Adamek some trouble. Still, I thought Adamek would handle the former U.S. Olympian fairly easily. Adamek won a unimous decision but didn’t wow anyone. This probably won’t hurt his chances of luring a big-name heavyweight into the ring but it does raise questions as to how well he’ll perform. He’s in negotiations to fight Chris Arreloa, a big heavyweight with tremendous power. Arreola might be better suited for Adamek in terms of style because he isn’t as slick as Estrada. Still, Arreola is better than Estrada. I wonder whether Adamek will be in over his head.

Adolfo Landeros: OK, the left to the body that Guillermo Rigondeaux used to stop Landeros 28 seconds into their fight on the Glen Johnson-Yusaf Mack undercard might’ve crumpled anyone. And I’ll say it again: Outside the fighters themselves, the matchmakers have the hardest job in the sport. That said ÔÇª c’mon. Landeros had lost his two previous fights and six of eight. And he hadn’t fought in nine months. Rigondeaux, a two-time Olympic gold medal winner for Cuba, probably could win a major title right now. I don’t expect Rigondeaux to face a significant challenge in his fifth pro fight but he can handle a live body.

Three-way tie: 1. The body-shot that Rigondeaux used to stop poor Landeros certainly was the most-painful punch landed on Friday night. The Mexican, a late replacement, earned his payday. 2. Freddy Hernandez’s short right that put DeMarcus Corley down and out was the most-dramatic KO, as Corley was rendered temporarily unconscious. That’s the kind of KO that ends the career of a 35-year-old trying to hang on. 3. Ed Parades’ one-punch KO of rival Joey Hernandez might’ve been the most impressive of the three because the fighters were so evenly matched. They fought to a draw in August. All three shots were wince inducing.

MOST FUN TO WATCH

Brandon Rios: I doubt that the young lightweight from Southern California will ever crack the pound-for-pound list. His boxing skills are solid but nothing special. That said, I can’t look away when he fights. He aims to decapitate his opponent with every blow to the head and damage organs with every body shot. And he never stops throwing. His opponent on Saturday, Jorge Luis Teron, is probably a pretty good fighter. He just never has a chance to show it because he was overwhelmed by someone who is as much attack dog as boxer. Rios generates excitement every second of every round, which we wish more fighters would try to do. I can’t wait for his next fight.

Gus Johnson: I rarely if ever criticize broadcasters because it’s just too easy to sit back and take shots at them, particularly neophytes like Johnson. However, I couldn’t let a comment of Johnson’s slip by without questioning it. Bernstein, a veteran boxing analyst, suggested that no one is as good as Pacquiao and then qualified the statement by adding, “maybe Floyd Mayweather.” Johnson responded by saying, “Maybe Floyd Mayweather? Let’s hope Manny Pacquiao is as good as Floyd Mayweather. Floyd hasn’t lost.” No. 1, Johnson should know that the majority of experts rate Pacquiao higher than Mayweather. And, No. 2, he should know that too much emphasis is put on perfect records. The greatest fighters all lost. Johnson might be wise not to contradict someone like Bernstein until he knows what he’s talking about.

Valero, referring to a possible matchup with Pacquiao: “That’s the fight the world wants to see.” I know I want to see it.