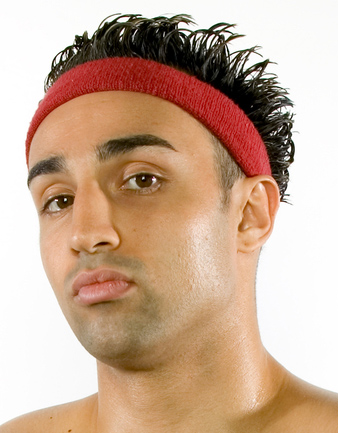 CHICAGO – A year ago, after Paulie Malignaggi was stopped in the 11th round by Ricky Hatton, most of us figured the slick-boxing, but light-punching New Yorker was finished as an elite fighter.

Malignaggi insisted that wasn’t the case, that he merely had drifted away from his stick-and-move style into a more-stationary mode, that he still had plenty left at 28 years old. We didn’t buy it. We saw what we were certain we saw in the Hatton fight, a fighter in decline.

Turns out Malignaggi was right.

In August, he fought tough-as-ever Juan Diaz to a virtual draw in Diaz’s hometown of Houston before losing a controversial decision. On Saturday, he rectified that disappointment and made it clear that he remains a player at 140-pounds by outclassing Diaz to win a unanimous decision before a raucous crowd at the UIC Pavilion.

It probably was the best — and most-important — performance of Malignaggi’s career.

“Most critics were saying that I was a has-been or a never-was,” said Malignaggi, referring to the aftermath of the Hatton fight. “I told everyone it wasn’t me. I just made a mistake in the direction I took in my training. I made the proper changes [under new trainer Sharif Younan] and within a couple of months in the gym, I thought: ‘Wait’ll they get a load of me. They think I’m finished.’

The opportunity Malignaggi received was a fight against Diaz on Aug. 22. The outspoken fighter predicted that he wouldn’t receive a fair decision in Texas and seemed to have been a prophet afterward, at least on one ridiculous 118-110 scorecard.

However, having reverted back to his original style of sticking and moving, he proved that he remained as fresh and skillful as ever. On Saturday, in neutral Chicago, he made an even stronger statement by dominating an elite former titleholder.

It started from the opening bell, with Malignaggi (27-3, 5 knockouts) pumping his jab, following consistently with hard combinations and then moving quickly and beautifully out of harm’s way before Diaz (35-3, 17 KOs) could inflict his own damage. That was the game plan and he executed it perfectly.

Diaz probably aided Malignaggi’s cause by fighting somewhat less aggressively than he did in the first fight, when his relentless pressure allowed him to rally from a deficit. This time, he actually waited for Malignaggi to come to him at times in an apparent attempt to counter but the tactic didn’t work.

Diaz had his moments, scoring in flurries at times, but he was simply and emphatically outboxed.

“I’m very disappointed,” said Diaz, who was cut above his left eye in the second round and went down in the 10th but wasn’t hurt. “It wasn’t me out there. I had no rhythm.”

The Pavilion, primarily a basketball arena at the University of Illinois at Chicago, was far livelier than one might expect at a neutral site. The fans alternately chanted Diaz’s name and Malignaggi’s name, with a few “Malignaggi sucks” thrown in.

When the fighters engaged one another in toe-to-toe exchanges — highlighted by a scintillating final round — the fans rose to their feet and went wild.

Malignaggi seemed to feed off of it, repeatedly mugging for the crowd and once talking to the television commentators during the action. And why not? There probably hasn’t been a night in Malignaggi’s career in which he’s had more fun.

He proved his doubters wrong and was determined to enjoy it. This was his night.

“And I feel I have improved. I think everything did come together tonight. But I think I can improve more.”

Undoubtedly, he will get his chance in a deep 140-pound division.

Ideally, he’d love a rematch with Hatton, who he says he would dominate the second time around. However, Golden Boy Promotions matchmaker Eric Gomez said Hatton and Juan Manuel Marquez have agreed in principal to fight next year.

Still, there are many more opportunities and Malignaggi now figures to be in the mix.

“I just want big fights,” he said. “I think I have two, three more good years left in me. I think I can still accomplish a lot.”

And maybe now people will believe him.