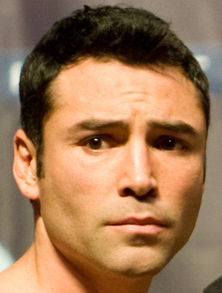 Both boxers vie for position and look to establish their jabs. Ward scores first with a right cross. Ward switches to southpaw mid round while employing lateral movement. Kessler carefully stalks forward, backing Ward into a corner, but the local hero clinches and pushes his way out. Ward swtiches back to orthodox late in the round.

Ward scores with lead rights and lefts as Kessler stalks forward behind a high guard and pawing jab. Ward's speed, movement and occasional clinching inside keep Kessler form getting his jab off with regularity. Ward pot shots Kessler while backing up. Kessler continues to work on cutting ring off, feinting his way inside where they grapple. Ward scores with a double left jab followed by a lead right before the end of round.

Ward scores with a big right early in the round. Kessler follows him to the ropes. Ward holds whenever Kessler gets close. Kessler appears to have the heavier hands but Ward’s quicker fists enable him to land when he lets them go and he lands a big right with 40 seconds left in the round.

Ward’s punches don't seem to hurt Kessler early, but they do frustrate him. Kessler steps up his pressure while Ward scores with body shots midway through the round. The crowd chants “S.O.G.” but Kessler finally begins to land some solid shots in close when suddenly Ward answers back with big hooks and crosses and begins to back Kessler up, landing 1-2s from both the orthodox and southpaw stances.

The crowd explodes every time Ward lands. Kessler tries to make him miss and counter in the first half of round. Kessler is clearly more choosey with his pressure after the fourth round. They both have trouble landing in the final minute.

Kessler gets his jab off well early in the round. Ward gets a little wild mid-round, head hunting a bit, but he still lands more clean head blows. So far, Kessler’s right hand is NOT a factor. Ward lands a big head-snapping uppercut with a minute to go and continues to control Kessler with footwork, accurate punching and holding in close. Ward lands a nice right at the bell.

Ward dominates a bewildered-looking Kessler with an assortment of power shots. Kessler isn't nearly as aggressive as he was early in the bout. Ward confidently stalks and punishes the tournament favorite.

As the crowd chants “Let's go Andre!” Ward takes the fight to Kessler, working the Dane over in close. Now it's Kessler who initiates the holding, as Ward continues to dominate from a distance and get more physical inside. Kessler tries to get off in the final 20 seconds, missing most of his wild shots, and Ward answers back before the bell.

Kessler’s eyes show the effects of the gradual beating Ward has put on him. Kessler lands a right while backing up and tries to follow up, but continues to hit arms before Ward ties him up. The crowd now chants “U.S.A.!” Ward wins the battle of the jabs and for the most part has avoided Kessler’s other weapon, the straight right.

The ref stops to look at the cut on Kessler's left eye. Ward nails it with a right as soon as the action resumes. In the final minute, Ward tees off with both hands. Kessler must have a good chin because Ward is laying into him with every right hand.

Kessler, who is cut over both eyes with a mouse under his right eye and a bloody nose, looks like a beaten man, but he remains game and lands a few right hands before referee Jack Reiss takes him to a corner so the ringside doctor can look at his eyes. The doc waves it off and Ward gets the biggest win of his career.