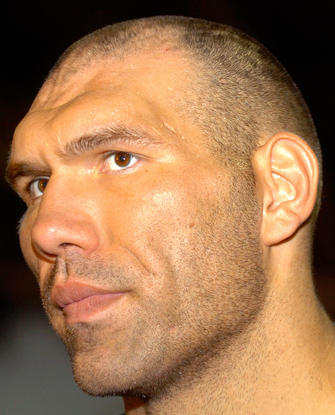 The Ring rating: No. 2 light heavyweight

The Ring rating: No. 3 light heavyweight

Skills: It’s easy to be enamored with Dawson’s speed, accuracy and coordination and assume that he’s the better boxer than the no-frills, forward-marching Johnson. However, the older man is an effective pressure fighter who knows how to walk down almost any style without taking too much punishment. Johnson is able to outwork and sometimes overwhelm better-talented boxers because of his tight technique, well-timed jab and his ability to pick off incoming punches with his high guard. Dawson is the more versatile and mobile boxer, but he doesn’t defend as well as the veteran.
Edge: Even

Power: Both fighters began their careers at middleweight and lack one-punch KO power against world-class light heavyweight opposition. Johnson’s punches, on average, are heavier than Dawson’s, but the younger man’s speed puts a little more snap on his single jabs and power shots.
Edge: Dawson

Speed and athletic ability: Dawson is arguably the world’s most athletically gifted light heavyweight. He possesses speed (of hand and foot), lighting-quick reflexes, graceful agility, and breathtaking coordination when he combines these talents to attack his opponents. Johnson is a solid all-around athlete but he lacks Dawson’s dynamic prowess.
Edge: Dawson

Defense: Johnson doesn’t have the reflexes, lateral movement or upper-body movement of Dawson, but the veteran still defends better than the young gun. How does he do it? The old-fashioned way, by keeping his chin tucked and his hands up at all times. Johnson is very strong and durable, and thus, able to catch hard shots on his gloves, forearms and elbows for 12 rounds if need be. Dawson evades punches well with his head and upper body movement, or by jumping back half a step, but he doesn’t keep his hands up or his chin tucked and is often vulnerable late in his fights when his reflexes are dulled from fatigue.
Edge: Johnson

Experience: Obviously the 40-year-old vet trumps Dawson in this category. Johnson has 35 more pro bouts than Dawson, and beginning with his middleweight title bout against Hopkins in 1997, he’s fought the best of the super middleweight and light heavyweight divisions, including Jones, Tarver, Sven Ottke, and Julio Gonzalez.
Edge: Johnson

Chin: Neither man has ever been stopped, but Johnson has never been down in 63 professional bouts! The proud Jamaican warrior even stayed on his feet in his one stoppage loss to Hopkins. Dawson, on the other hand, was dropped in his bouts with Shannon Miller, Eric Harding, and Adamek. He was also rocked by Johnson in the 10th round of their first fight.
Edge: Johnson

Conditioning: Both men are extremely dedicated athletes who always enter the ring in supreme condition. Dawson’s constantly moving style and Johnson’s high-volume attack demand that both be in tip-top shape. However, Dawson has been known to fade a little bit in the late rounds of his 12-round bouts. Johnson appears to get stronger as the fight progresses and he almost always dominates the final rounds of his bouts.
Edge: Johnson

Wear and tear: Johnson’s 16¾ years in the sport have not been easy. He’s fought the 12-round distance 11 times and many of those contests were grueling battles. His 10-round bouts with Merqui Sosa and Gonzalez were also slugfests.
Edge: Dawson

Corner: Orlando Cuellar has done a great job with Johnson. The two Florida residents have a very special rapport and have continually improved in each others company over the past six years. After stints with John Scully, Dan Birmingham and Floyd Mayweather Sr., Dawson finally settled with Eddie Mustafa Muhammad, and claims that the former light heavyweight champ has added layers to his game and boosted his confidence. Dawson turned back Johnson’s spirited challenge and boxed a near-perfect fight in his first bout with Tarver under Muhammad’s guidance. Muhammad, a disciple of legendary East Coast trainers Al Fischetti (amateur), Slim Robinson and Chickie Ferrara, has more experience training world-class fighters than Cuellar.
Edge: Dawson

Outcome: The rematch will be hotly contested, like the first bout. Johnson may start faster now that he’s experienced Dawson’s quick and fluid style. However, coming off of flat performance (his rematch with Tarver) and fighting in his hometown, Dawson will be emotionally up for Johnson. Sticking and moving, and continually turning the stalking veteran when in close, Dawson will build up a slight lead after five rounds of action. Once Johnson acclimates to Dawson’s speed, he’ll disrupt the younger man’s jab with his own stiff left stick and time him with hard right hands in the late rounds of the bout. Dawson will try to fight back or hold when in close, but he’ll get out-muscled by Johnson on the inside. With the fight up for grabs going into the championship rounds, look for Dawson to get on his toes, keep the fight at a safe distance, and pepper Johnson with quick jabs to steal the final six minutes of the bout.