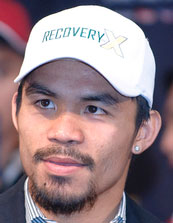 The only drawback to Arthur Abraham’s decision to participate in the Super Six World Boxing Classic was the loss of his standing at middleweight.

The undefeated 160-pound titleholder was THE RING’s No.1-rated middleweight when he accepted Showtime’s invitation to join the network’s innovative six-man super middleweight tournament. Abraham lost that ranking when he moved to the 168-pound division, however, he couldn’t be rated at super middleweight because he had yet to fight in the division (apart from his non-title bout rematch with Edison Miranda last year).

That changed this weekend when Abraham (31-0, 25 knockouts) won his first-round bout of the tournament with an impressive (and chilling) 12th-round knockout of Jermain Taylor in his adopted hometown of Berlin, Germany on Saturday.

Taylor, THE RING’s No. 8-rated super middleweight going into Saturday’s fight, was attempting to rebound from another 12th-round stoppage, to Carl Froch in April. With his back against the wall, and his career likely in the balance, the former middleweight champ was motivated to upset Abraham and reportedly in the best shape of his career.

Despite Taylor’s busy piston-like jab and typical fast start, Abraham used the early rounds to figure out the 2000 Olympic bronze medalist’s style before systematically picking him apart over the second half of the fight as he had done to 10 title challengers during his middleweight reign.

The 29-year-old Germany based Armenian was not trailing on two of the official scorecards going into the 12th round against Taylor as Froch was.

The ring generalship Abraham displayed out-boxing Taylor and the frighteningly accurate power he flashed in the final round earned him a No. 6 rating in THE RING’s super middleweight rankings.

“Moving Arthur Abraham higher was considered, but as Jermain Taylor was coming off a TKO defeat to Carl Froch and had lost three of his previous four fights, we felt No. 6 was fair,” said THE RING Editor-in-Chief Nigel Collins.

Ranked ahead of Abraham is Super Six favorite Mikkel Kessler (No. 1), undefeated beltholders Lucian Bute (No. 2) and Froch (No. 3), and rugged two-time title challengers Librado Andrade (No. 4) and Sakio Bika (No. 5).

Froch (26-0, 20 KOs), who is also a participant in Showtime’s tournament, held onto to his No. 3-RING ranking and won his first-round bout of the Super Six with a controversial split decision over unrated Andre Dirrell (18-1, 13 KOs) in his native Nottingham, England on Saturday.

Despite the fact that many observers on both sides of the Pond believed Dirrell deserved to win Saturday’s bout the 2004 Olympic bronze medalist from Flint, Mich., remains unrated by THE RING.

“There were some ratings panel members who felt Andre Dirrell should be ranked following his close decision loss to Froch,” Collins said. “However, Dirrell has never beaten a top-10 super middleweight, and we rank fighters on results, not potential.

“Therefore, Karoly Balzsay, who decisioned rated and previously undefeated Denis Inkin earlier this year, retained the No. 10 position. Of course, should Dirrell beat Abraham in the second stage of the Super Six, he would be rated.”

Abraham’s inclusion pushed down Allan Green from No. 6 to No. 7, and Robert Stieglitz from No. 7 to No. 8. The No. 9 ranking of Andre Ward, the sixth participant in the Super Six who is scheduled to challenge Kessler in November, was unaffected by Abraham’s debut.

Taylor (28-4-1, 17 KOs) exited THE RING’s rankings, and many fans and industry insiders believe the concussion he suffered in the Abraham fight is a sign that he should exit the Super Six tournament.

Regardless of what the Little Rock, Ark., native and his team decide to do, Taylor should be commended for his willingness to face the best available opposition in the weight classes he campaigned in.

Since winning the world middleweight title in 2005 by out-pointing Bernard Hopkins in controversial fashion, Taylor has only faced world-class opponents, most of whom were either current or former champions and titleholders such as Winky Wright, Kelly Pavlik, Cory Spinks, Jeff Lacy, Froch and Abraham.

He didn’t always win and he seldom dominated but Taylor always gave his all. The sport would only be elevated if all world-class fighters behaved like him.

The super middleweight division is doing its part. Bute and Andrade engage in their heavily anticipated rematch next month, while Abraham and the rest of the Super Six field will only face quality opposition until the tournament runs its course in 2011.