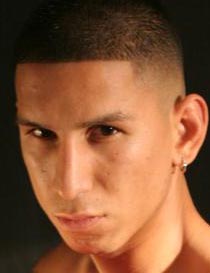 David Rodela has pulled out of his fight on the Israel Vazquez-Angel Priolo undercard on Saturday in Los Angeles because of hip and spine injuries suffered in his final days of sparring.

Rodela, one of Golden Boy Promotions’ young prospects, was scheduled to fight Aldo Valtierra in an eight-round junior lightweight bout.

Vazquez is making his return from a detached retina and a two-year layoff.