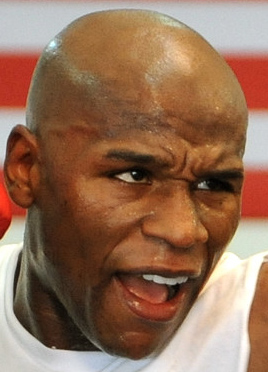 Chris Arreola fights Vitali Klitschko on Saturday at Staples Center in Los Angeles, and if you think the kid is being rushed into a fight for which he simply isn’t ready, you’re far from alone. If the matchup has one characteristic that has made Klitschko a heavy favorite, it’s the difference between their experience against world-class opposition.

To wit: Klitschko has a lot. Arreola has none.

“If I see his record, he’s a puncher. He doesn’t lose,” Klitschko said during a recent press conference, when asked about the quality of Arreola’s opposition. “I’ve studied him so well. He’s strong; I don’t want to underestimate him. But, if you’re asking about skills, I have all the skills to be the world champion, but not him.”

In and of itself, a lack of experience at a world class level isn’t necessarily fatal. Some guys come up hard, some not too hard. It’s a surprise when guys in the latter camp win a big one, but sometimes they do.

Just because a guy hasn’t beaten a top fighter doesn’t mean he can’t.

George Foreman had beaten a past-his-prime George Chuvalo and a collection of assorted stiffs and bums and was a heavy underdog when he massacred Joe Frazier to win the heavyweight title.

More recently, Jermain Taylor feasted on an array of tired junior middleweights and nothing else on the way to unseating a living legend in Bernard Hopkins.

Newsflash: Klitschko isn’t Frazier or Hopkins. Still, why not wait a little longer for a shot at the big time? Let Arreola get a little seasoning. Let him beat one of those other giant Eastern Europeans first, or another top American prospect, or another tough veteran – say, John Ruiz, if you’ll pardon the expression?

In fact, astute, obsessed or very lonely readers might recall that I advocated just such a strategy for Arreola some months ago when there was talk of him meeting Wladimir Klitschko. Why the rush?

There is no such trepidation on Arreola’s team. This is as good a time as any to make a move. In fact, according to Arreola’s trainer, Henry Ramirez, it’s the best time, critics be damned.

“We’re the No. 1-ranked contender in the WBC. I don’t think we got to this point because we said, ‘Oh, writers and observers don’t feel we’re ready, let’s take what they have to say into account,'” Ramirez told RingTV.com.

“This was decision made by the team – myself, Al Haymon, Dan Goossen. We were all on the same page that this was the fight to take, and it was time.”

Ramirez doesn’t agree that Arreola has faced sub-par opposition, even if he clearly doesn’t have the experience that Klitschko does.

“My thing is Chris has beaten every fighter put in front of him,” Ramirez said. “He’s been fighting on HBO for the better part of the last two years and HBO doesn’t just approve anybody. We fought some undefeated prospects. So people can say what they want about them.

“We beat Jameel McCline and people say he was retired, but the funny thing is he fought right before we fought Walker. So how retired was he?”

Ramirez has a point. Arreola’s record isn’t nearly as padded as those of many heavyweight prospects. The combined record of his last 10 opponents was 227-31-9, and Witherspoon and Damien Wills were undefeated when he stopped them. Walker, Israel Garcia and Thomas Hayes had lost one time each.

No, it’s not a murderer’s row. But it could be worse.

Ramirez doesn’t even think Arreola’s extensive amateur background is what will serve him well against Klitschko, whose own amateur pedigree is well documented.

If he’s right, that will be a significant improvement from Klitschko’s other recent opponents. And if Arreola can get inside and stay there and move his hands, well, he might prove his team was right all along.

Federal law required that I ask Ramirez about Arreola’s conditioning, specifically his weight. He told me Arreola is in “fighting condition” and that the only people worried about his weight “are the people who don’t matter in his career.” Ouch! ÔÇª

In the wake of Floyd Mayweather Jr.’s brilliant exhibition against Juan Manuel Marquez on Saturday night, there is the usual blather about how Mayweather’s greater size (see “weight”) helped him. What nonsense. When you can make a guy miss 117 punches in a row and hit him with hooks any time you want, you’re not too big for him; you’re too good for him …

You’ll recall, I imagine, that I picked Marquez to win. Wow. I haven’t been so wrong since I predicted that even Americans weren’t dumb and superficial enough to make Kate Gosselin a TV star. I’m on some streak here, huh? ÔÇª

Was it me, or did the “great” Nacho Beristain offer not a single piece of substantive advice to Marquez all night? “Throw your combinations and keep your hands up”? I could have told him that, for cripes’ sake. But I would have added, “Here, slip this ring stool into your glove. ÔÇª”

Speaking of Beristain, how do you suggest to your fighter that he quit, as he did to Vicente Escobedo about midway through his loss to Michael Katsidis, and seconds later tell him how he can win? And this wasn’t any Teddy Atlas ploy to get Escobedo to fight. The guy was trying hard but getting a good pounding nonetheless. I would have been fine with Beristain stopping it right there. ÔÇª

Speaking of Atlas, did anyone catch his postfight analysis on ESPN? Mayweather won mostly because he was more “finessfull.” Atlas has a wonderful boxing mind and we shouldn’t hold against him his occasional reliance on make-believe words. ÔÇª

The most entertaining moment of the night came when HBO’s Max Kellerman brought Shane Mosley into his postfight interview with Mayweather, apparently to advocate for a match between the two, and Mayweather and his camp took offense. Things quickly got very tense and one can only imagine the fun that would’ve been had if the back-and-forth escalated into a full-blown riot. We haven’t had one of those in a long while.

Fortunately for all you sensitive types out there, Mayweather thinks of himself as more “entertainer” than fighter and instead of offering to kick Mosley’s ass right there for trying to upstage him, he instead stammered something about Leonard Ellerbe and snapped at Kellerman – who, we can only presume, doesn’t have Mosley’s left hook.

Can you imagine Roberto Duran, for example, responding that way to such a challenge? How disappointing. Floyd, here’s how fighters act in that situation:

Except for the Mohawk, same old Rocky Juarez. ÔÇª

The best fight of the weekend was Chris Avalos’ thrilling KO of Giovanni Caro on ShoBox. Although it wasn’t the one-punch knockout the ShoBox team kept calling it – the right hand that put Caro on his back was about the fifth he landed in a 30-second period – Avalos can crack. Get this kid on again, post haste. ÔÇª

Kudos to Tony Grano for his hilarious stoppage win over Travis Kauffman on the same card, but if I were Kauffman, I’d be asking why the hell referee Wayne Hedgepeth stopped counting at five – especially since Kauffman was pushed to the canvas more than anything.

Still, Grano showed smarts and heart and I’d love to see a rematch. But only if neither fighter improves in the interim. There’s comedy gold in a series between these two just as they are right now.

Bill Dettloff can be contacted at [email protected]