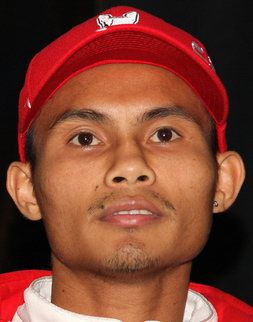 Numerous RING-rated contenders were in action this past weekend, but few changed position in their divisional rankings.

Matt Godfrey (20-1, 10 knockouts) held onto his No. 10 cruiserweight spot after struggling with Michael Simms on Saturday in Sacramento, Calif. Godfrey survived a first-round knockdown to win by split 10-round decision.

Mikkel Kessler (42-1, 32 KOs) successfully defended his No. 1 super middleweight position with a dominating four-round KO of Gusmyr Perdomo on Saturday in Denmark, while his next challenger, Andre Ward (20-0, 13 KOs), held his No. 9 spot with an easy three-round beatdown of Shelby Pudwill in Temecula, Calif., on the same night.

Roman Martinez (23-0-1, 14 KOs) successfully defended his 130-pound belt and held his No. 4 junior lightweight place with a harder-than-expected ninth-round stoppage of Feider Viloria on Saturday in Puerto Rico.

Fernando Montiel (39-2-2, 29 KOs) was lucky to hold onto his No. 10 spot in the bantamweight ratings after struggling to a third-round technical decision over unheralded Alejandro Valdez in a wild fight, which was announced as a third-round TKO loss for the talented veteran for a few hours. The commission in Mexico, where the fight took place, changed the result back to a technical decision because the bout was stopped on a bad cut over Montiel’s left eye before the start of the fourth round.

Donnie Nietes (25-1-3, 14 KOs) kept his No. 6 strawweight rating by successfully defending his 105-pound title against the hard-stalking Manuel Vargas with an entertaining 12-round split decision Saturday in Mexico.

The only movement in the rankings occurred in the bantamweight, junior bantamweight and junior flyweight divisions.

The Filipino southpaw’s exit made room for a new phenom from the Philippines, Marvin Sonsona, to debut at No. 10. Sonsona (14-0, 12 KOs), an explosive 19-year-old lefty, outpointed Puerto Rican titleholder Jose Lopez two weeks ago.

At junior flyweight, Rodel Mayol (25-4-1, 19 KOs) climbed one spot to No. 8 with his second spirited, but losing effort against RING champ Ivan Calderon (33-0-1, 6 KOs) Saturday in Puerto Rico. The recent retirement of former 108-pound titleholder Brahim Asloum made room for Japanese southpaw Yasutaka Kuroki (21-3-1, 14 KOs) to debut at No. 10.