Kirkland could fight in spring if sentencing goes well 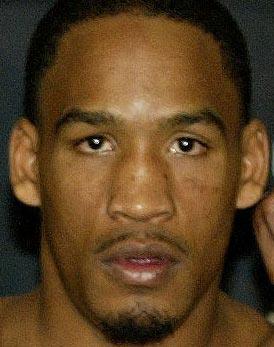 If things go relatively well for James Kirkland at his sentencing, the 25-year-old middleweight contender could be back in the ring by this spring. If not, it could be several years.

Kirkland, who pleaded guilty last month to a felony gun-possession charge, is scheduled to be sentenced on Sept. 23 in federal court in Austin. Michael Miller, his manager and personal lawyer, expects the authorities to push for a prison sentence of 40-60 months while the fighter’s attorneys argue for less than 20.

Kirkland has already been incarcerated since April, meaning he will have served around five months of sentence already. If he gets 20 months, that would leave 15 more months of imprisonment. And that could be reduced further – perhaps by 15 percent — for good behavior.

Also, Miller is hoping the judge will allow Kirkland to spend the final six months of his term in a half-way house, meaning he might be able to train or even fight during that time.

Miller hopes the judge will see that Kirkland acted stupidly but not maliciously.

The fighter was on probation for felony armed robbery in 2003, which precludes him from possessing a gun. However, he bought one at a gun show in Austin – using his own identification – and it was found by police when he was pulled over in a traffic stop.

“He’s guilty of being stupid, careless,” Miller said. “ÔÇª They preach to you that there are three things you can’t do as a felon: vote, get cleared for some jobs and carry a gun. He was under the impression that because he’d served three, four years of his probation it would be OK to carry a gun. That’s why he used his own ID.

“That doesn’t change the facts, though. He was a convicted felon with a hand gun. He just wasn’t trying to be malicious in any way.”

Miller visited Kirkland for about an hour and a half on Thursday at Bastrop Federal Correctional Institution in Bastrop, Texas, outside of Austin, and said the fighter remains downcast.

Kirkland, who last fought in March, was on the verge of fighting for a major title and the big money that comes with it. Now, he sits in a cell and can do nothing but wait to see how his immediate future will unfold.

“He’s devastated,” Miller said. “He’s been locked up almost five months now. It’s hot and sweaty there. There’s no air conditioning in his cell. And he’s the only one of seven guys in his cell who speaks English. His only recreation is 45 minutes a day in a room that is probably 20 feet-by-20 feet. It’s inside. HE doesn’t’ get to go outside.

“He hates it. I hope he gets (what he did). I hope this is all sinking in. This is real. It cost him a lot of money and a lot of time.”

Miller said Kirkland is in decent physical condition even though he can’t train properly. He does sit-ups and push-ups. He also doesn’t eat a lot of the high-calorie food he’s given.

The 180 figure is only 26 pounds above his fighting weight, which he could easily work off in training camp. Now he just needs the chance.

“I’ve done everything I can do,” Miller said. “He has two criminal lawyers who are probably among the Top 10 in all of central and south Texas. And they’re doing it a much-reduced rate as a favor to me. He’s isn’t going to get a better legal team.

“And I understand that Oscar De La Hoya [Kirkland’s promoter] is going to testify at the sentencing. You don’t see that every day. Ann (Wolfe) will continue training him. Golden Boy will promote him. I’m willing to continue managing him when he gets out.

“He makes his own decisions, though. It’d be tragedy if he didn’t learn from this.”