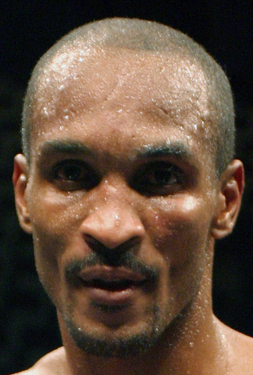 Randall Bailey has had his share of missteps and failings over a 13-year professional career. Losses to Diosbelys Hurtado, Demarcus Corley (later avenged), Ishe Smith, Herman Ngoudjo, and, more forgivably, Miguel Cotto, had relegated him largely to afterthought status among serious watchers of the 140-pound weight division.

THE RING does not rate him among the Top 10 at junior welterweight.

But Bailey has something that is rare among all the world’s prizefighters, even among those who have beaten him, and it was on display in his most recent fight, an electrifying fourth-round, one-punch knockout of Francisco Figueroa in April.

It is Bailey’s ability to end a fight with a single, thunderous right hand that has brought him back from the abyss and landed him on television again, this time against THE RING’s No. 6-rated junior welterweight, Juan Urango. The match will be aired, along with Tavoris Cloud-Clinton Woods, on ESPN’s Friday Night Fights this Friday.

ESPN’s Joe Tessitore, who called Bailey’s KO of Figueroa, described Bailey’s gift about as well as it can be described.

“He’s lethal, just lethal,” Tessitore told Ring TV.com. “He’s got something that very few guys have in the sport, and very few guys on earth have, which is speed, precision and power where it’s almost like the ability to shoot a bullet rather than a punch. He’s just an extremely dangerous person to fight because of that one weapon he possesses.”

Tessitore’s on-air partner, Teddy Atlas, likes to remind viewers that great punchers are born rather than made. Bailey agrees.

“I think I was born with it,” Bailey said over the weekend. “Even when I first started boxing as an amateur I always had a good right hand. Even the pros that would work with me in the gym always told me that I just needed to straighten it up and get it more professional.

“The right hand has always been there,” he said. “I realize it’s rare and I’ve got a gift. I just have to use it more maturely and try to disguise it as much as possible because everybody knows I have a good right hand and they watch out for it.”

Urango would be wise to do the same, but don’t count on it. He is a fiercely strong, straight-ahead mauler who has lost only to Ricky Hatton and, in his most recent fight, Andre Berto.

Defense is not his strong suit; he overpowers and wears down opponents with pressure and strength. Though not the explosive puncher Bailey is, Urango ( 21-2, 16 knockouts) can punch.

“I’ve seen Urango level guys with a single punch and I’ve seen Bailey do it, but they do it in completely different ways,” Tessitore said. “With Urango, you know what’s coming, you see what’s coming, and you just get wrecked with it. With Bailey, it comes so fast, so quick, it’s more like a viper striking.”

Bailey and Urango sparred six rounds with one another about 18 months ago, but Bailey said bettors shouldn’t try to glean anything from that.

“It was nothing too physical. We were just working. We didn’t get into it that much,” he said.

“He’s going to come forward like he normally does, and I guess he’s going to try to impose his will or his strength on me,” he said. “I really don’t see what he can do to me. I just don’t see it.

“Whenever he’s thinking about doing something, I’m going to be hitting him. He’s very short, and I’m pretty tall for the division, so I don’t think I’m going to be doing too much backing up. I’ll be using a lot of angles on him.”

Bailey has been sparring a lot with his trainer, former middleweight belt holder John David Jackson, who, like Urango, is a southpaw. He does not think about the riches that might lie just beyond a win over Urango – even though, at age 34, his window is closing.

“I never look past what’s in front of me,” he said. “Basically I just know right now my fight is with Juan Urango and whatever my purse is from that it is what it is. I don’t really think about the future until I get past the present.”

Liker any puncher, Bailey is troubled by guys who can box and move. That’s not Urango, who will try to be on Bailey’s chest from the opening bell. The tricky part is getting there without going to sleep first. If he can, he’ll outwork and stop Bailey late.

If he can’t, Bailey will add another highlight-reel knockout to what is already a formidable collection.

Kudos to ESPN for putting the Aug. 28 card together on a small budget and also for encouraging their on-air personalities to call things as they see them. Tessitore told me he and Teddy Atlas received calls from several ESPN suits congratulating them for blasting the god-awful Golden Boy-promoted show that aired Aug. 14. Good for them. ÔÇª

Paulie Malignaggi and his lawyer, John Hornewer, told me last week that Malignaggi was going to get screwed if he didn’t knock out Juan Diaz, and they were right. From my couch, I had Malignaggi winning 116-113. Gale Van Hoy should be tarred and feathered for his indefensible 118-110 score and David Sutherland’s 116-112 was almost as bad. ÔÇª

Malignaggi probably didn’t endear himself to HBO suits with his post-fight tirade, but you can’t blame the kid. He fought a hell of a fight, proved he’s better without Buddy McGirt and in the view of many, deserved the decision. Look for an in-depth feature on this fight and the behind the scenes drama that preceded it in an upcoming issue of THE RING. ÔÇª

Ishe Smith really hates getting hit after the bell. ÔÇª

Smith’s great problem is he gets more of a thrill making a guy miss four punches in a row than he does from landing a big punch or two. You have to appreciate that skill, but it doesn’t win fights. ÔÇª

Robert Guerrero looks more like a Christmas elf every time I see him, but he was very good anyway beating Malcolm Klassen. Good for him. ÔÇª

Kudos to HBO for their poignant tribute to Alexis Arguello, Arturo Gatti and Vernon Forrest. ÔÇª

The sneak peek we got of the upcoming Mayweather-Marquez 24/7 series shows Juan Manuel Marquez swinging a sledgehammer at an old truck tire. Kelly Pavlik really started something here. Fighters looking to emulate him, Marquez included, should be warned: It may cause fight-postponing staph infections. ÔÇª

Surprise! The WBC has announced that the upcoming Manny Pacquiao-Miguel Cotto fight will be for their newly created “Diamond Championship” belt. And the cancer spreads, unabated.