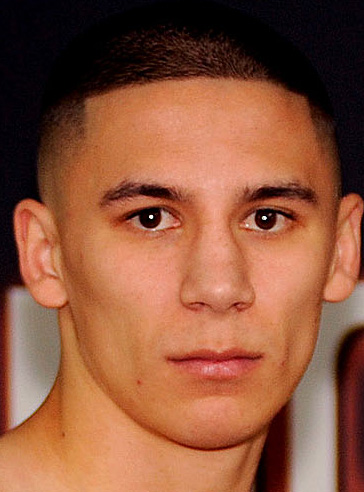 The first-ever “Fight Night Club” card at Club Nokia in Los Angeles was a big hit. The fighters loved the atmosphere and the fans, many in a festive standing-room-only area in front of the ring, loved watching them.

The series, designed by Golden Boy Promotions to showcase talented prospects from the Southern California region and streamed live on RingTV.com, resumes on Thursday, July 30 at the downtown night club with some familiar faces.

Charles Huerta, so impressive in stopping Noe Lopez Jr. in the third round in the inaugural “Fight Night Club” on June 11, faces Derrick Wilson (4-0-1, 1
knockout) of Fort Myers, Fla., in the scheduled six-round featherweight main event. Huerta (11-0, 7 KOs) is from Paramount, Calif.

Also, promising Luis Ramos, who knocked out Baudel Cardenas in the fifth round on June 11, takes on Colombian-born Andres Ledesma (15-14-1, 10 KOs) of Miami in a scheduled six-round lightweight bout. Ramos (11-0, 6 KOs) is from Santa Ana, Calif.

The card also will be televised on Versus.

“I think the first “Fight Night Club” was a great success,” said Richard Schaefer, CEO of Golden Boy, “We’re actually working on a couple of other sponsors who want to come on board. And we’ve heard from people in the community who thought it was a great night.

“We definitely think the concept has a future. We’re committed to three more cards but we’re starting to have conversations with our partners to extend the
series.”

Undefeated Carlos Molina (7-0, 3 KOs) will fight in the co-main event. His opponent has yet to be selected.

Ricky Lopez, also a winner on June 11, will fight in the television swing bout. The Denver, Colo., product (4-0, 2 KOs) faces Edgar Peralta of Pasadena, Calif., who is making his pro debut.

Also on the card, Enrique Ornelas (28-5, 18 KOs) faces Roberto Baro (12-6, 9 KOs) in a six-round super middleweight bout. And Jose Roman (5-0, 4 KOs) of Santa Ana fights in a four-round junior lightweight bout against an opponent yet
to be determined.

Tickets, priced at $65 (mezzanine VIP), $50 (Lower Mezzanine), $40 (upper mezzanine) and $28 (General Admission: Floor Standing Room), may be purchased by
calling TicketMaster at 1-800-745-3000, online at www.ticketmaster.com or through any TicketMaster outlet or the Staples Center box office. Group tickets and full series tickets at a discounted rate are also available by calling 1-877-AEG TICKETS (1-877-234-8425).

“Fight Night Club” is presented by Golden Boy Promotions and AEG and is sponsored by Quaker State, EA Sports' Fight Night Round 4 and Vitamin Water.