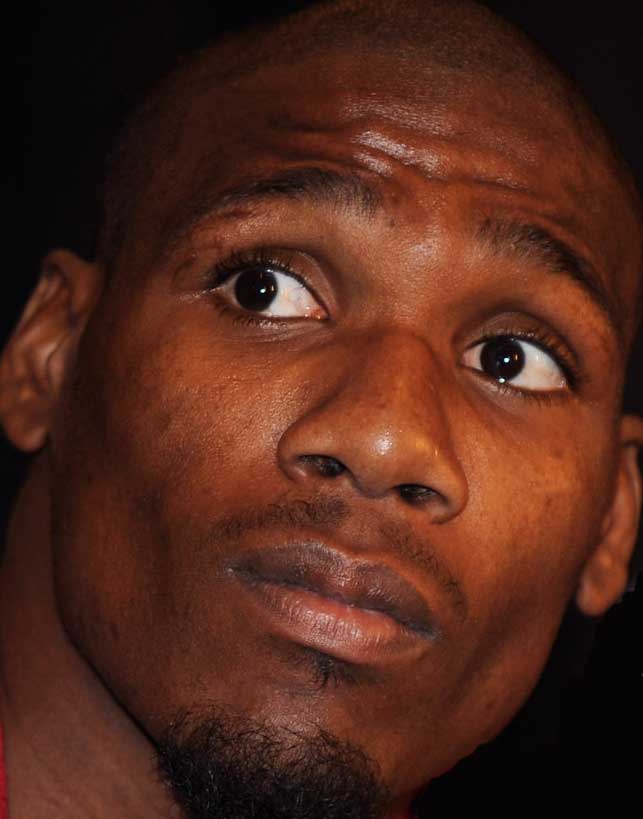 Paul Williams always believed he had the potential to be a pound-for-pound player.

The former welterweight title holder just had a heck of a time proving it because it’s been so difficult to get the sport’s elite fighters in the ring with him.

One can almost forgive the top welterweights for avoiding Williams. The Aiken, South Carolina native possesses rather intimidating physical attributes (he’s at least 6-foot-2 with a heavyweight’s wingspan) which are made even more frightening by his southpaw stance and windmill-like style that combines volume-punching with a potent mix of boxing and pressure fighting.

Williams proved his considerable potential by out-boxing and out-working feared welterweight titleholder Antonio Margarito in 2007, but then he gave the top 147-pound fighters a reason to dismiss him when he dropped a unanimous decision to crafty veteran Carlos Quintana last February.

However, Williams (37-1, 27 knockouts) avenged the only loss of his pro career by blasting Quintana out in the first round of their rematch. The swarming thin man then invaded the junior middleweight and middleweight divisions in search of world-class fighters who were willing to face him.

The results of his quest for competition — an eighth-round stoppage of 154-pound titleholder Verno Phillips and a lopsided decision over former pound-for-pound rated Winky Wright — earned Williams a No. 1 RING-rating at junior middleweight and a No. 3 RING-rating at middleweight.

It also placed him on the cusp of elite status.

Many boxing writers and online publications already considered Williams to be among the best boxers in the world, but with Vic Darchinyan losing his bid for a bantamweight title on Saturday the two-division contender finally broke into THE RING’s Pound-for-Pound Ratings.

Darchinyan, who was rated No. 8 last week, exited the top 10 after dropping a unanimous decision to Joseph Agbeko.

Welterweight titleholder Miguel Cotto (No. 9 last week) and junior featherweight beltholder Celestino Caballero (No. 10 last week) moved up one slot each, allowing for Williams to debut at No. 10.

If Williams gets the fights he wants, fans can expect the 27-year-old southpaw to quickly advance in THE RING’s Pound-for-Pound Ratings.

Williams is tentatively scheduled to face WBO 154-pound titleholder Sergei Dzindziruk, THE RING’s No. 7-rated junior middleweight, on an HBO-televised card on October 3.

His chances of a fight with Kelly Pavlik may have improved with 160-pound titleholder Arthur Abraham and 168-pound beltholder Carl Froch, two fighters who had been mentioned as potential opponents for the middleweight champ, taking part in Showtime’s ambitious super middleweight tournament.

Whether or not Pavlik accepts his challenge, Williams will eventually lure quality opponents into the ring because of his willingness to fight the best fighters from 147 to 168 pounds.

That’s what being a pound-for-pound player is all about.

It was a busy weekend, both in and out of the ring, with repercussions in four weight classes.

Arthur Abraham (No. 1 last week) has relinquished his IBF belt and left the 160-pound division in order to compete in Showtime’s super middleweight tournament. THE RING will rank Abraham in his new weight class if and when he scores a significant win at 168 pounds.

Abraham’s exit allows everybody rated below him last week to move up one spot each, which makes Felix Sturm THE RING’s new No. 1 middleweight contender. Filling the void at No. 10 is undefeated Sebastian Zbik.

Titleholder Cristobal Cruz (No. 9 last week) jumps to No. 3 thanks to his 12-round decision victory over Jorge Solis (No. 3 last week), who falls to No. 5. The realignment also bumps down Hiroyuki Enoki (No. 5 last week), Mario Santiago (No. 6 last week), Martin Honorio (No. 7 last week), and Takahiro Aoh (No. 8 last week) one place each.

Joseph Agbeko’s upset win over Vic Darchinyan elevates Agbeko from No. 6 to No. 4. Agbeko’s promotion pushes down Yonnhy Perez from No. 4 to No. 5, and Silence Mabuza from No. 5 to No. 6.

“Even though Vic Darchinyan was defeated by Joseph Agbeko at 118 pounds, Darchinyan still holds the WBA, WBC, and IBF 115-pound titles,” RING Editor Nigel Collins said. “Moreover, Darchinyan has yet to make an announcement regarding whether or not he will drop back down to defend his junior bantamweight belts or stay at bantam. Therefore, THE RING has retained him as No. 1 at junior bantamweight for the time being.”