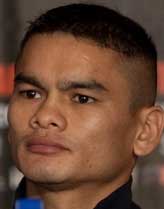 Former Nevada boxing judge Chuck Giampa, now a consultant who advises fighters, will provide his occasional analysis of officials and scorecards when he's not directly involved in an event. Here is his take on the scoring of the interesting first round of the Victor Ortiz-Marcos Maidana fight Saturday in Los Angeles.

Victor Ortiz and Marcos Maidana fought non-stop through 46 seconds into the sixth round. Although Maidana won the fight when referee, Raul Caiz Sr. called a halt on the advice of the ringside physicians due to a cut and swelling around Ortiz's eyes, the first round was a very interesting round to score.

Ortiz knocked down Maidana in the first round with a right hook. Maidana recovered from the mandatory eight-count and then knocked down Ortiz. Many fans figured that the score for that round — with each fighter knocking down the other — would be 10-10. In fact, veteran HBO judging analyst, Harold Lederman, scored it that way. His comments were that the knock downs were offset by each other. The HBO commentators agreed with that analysis.

When I started my judging career in 1984, that would have been the score that most judges would have agreed upon. However, since the Association of Boxing Commissioners (ABC) started certifying judges for the purpose of bringing uniformity to judging, that philosophy has changed.

Currently, the philosophy of the ABC for certification of judges and the state athletic commissions view that scenario differently.

In a round in which each fighter knocks down the other fighter one time each, the current philosophy is simply that since each knock down offsets each other, the winner of that round should be the fighter who scored the most effective punches overall. If the round is scored even at 10-10, then the judge does not give credit to the fighter who displayed more effective aggression and ring generalship. Also, if the judge scores that round 10-10 due to each knock down offsetting each other, then that judge should have scored the round 10-10 even without the knockdowns.

That's not to say that a judge should never score an even round. But certainly the judge should not score a 10-10 round simply because each fighter knocked the other down in the same round. The judge has to evaluate what occurred during the entire round even without the knockdowns.

Professional boxing judges should “pull the trigger” in close rounds. To score that first round 10-10 for the reasons stated above would be similar to a baseball umpire not calling a strike or a ball if the pitcher threw the ball on the edge of that umpire's strike zone. The baseball umpire “has his strike zone.” He cannot ignore a call of a strike or a ball and tell the pitcher to throw that ball again because the ball was too close to his strike zone to make a call. Officiating is subjective. That's the reason each boxing judge must have a scoring philosophy. In close rounds, such as the one stated above, the judge is a professional and has to make a call (what we refer to as “pulling the trigger”).

In my opinion, one of the fighters, Ortiz or Maidana, displayed more-effective aggression, displayed better defense, landed the more telling punches or displayed ring generalship in their first round. That is the fighter who should have been awarded the round with a score of 10-9 even though they each knocked the other down. Fortunately, the score of that round was not a factor in the fight. But it will be in another fight. My philosophy is that one punch can determine a round and one round can determine the fight when the fight does go to the scorecards. Thus, a 10-10 score of this round in such a fight could determine the winner. A fighter works very hard in preparation for his fights and he should not be penalized in the scoring because he wasn't given proper credit in a similar round due to the fact that each fighter knocked down the other fighter.

Chuck Giampa can be contacted at [email protected]