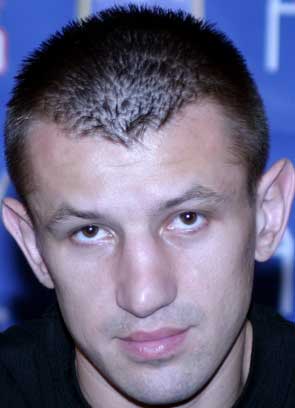 Adamek was originally scheduled to defend against the more deserving Matt Godfrey but when Showtime passed on televising the fight THE RING's No. 10-rated contender had to be replaced by Gunn, a 35-year-old journeyman who has gone 5-0-1 since suffering a first-round KO to titleholder Enzo Maccarinelli, who presumably settled for lesser money.

The bout with Gunn (21-3-1, 18 KOs) will be Adamek's third consecutive title bout at the Prudential Center since December.

Arthur Abraham, THE RING's No. 1-rated middleweight, will defend his IBF title against unheralded Mahir Oral (25-1-2, 10 KOs) at the Max Schmeling Halle in Berlin on June 27, according to Fightnews.com.

The bout with Oral is a voluntary defense of his IBF belt. Abraham (29-0, 23 KOs) has a mandatory defense against IBF No. 1 contender (but unranked by THE RING) Giovanni Lorenzo.