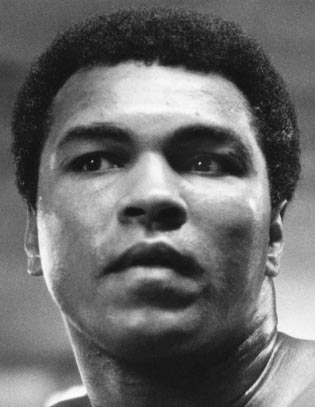 Classic Columns by magazine founder Nat Fleischer and other RING magazine writers over the past 86 years are posted Tuesdays. Today's column, written by Nat Loubet for the January 1979 issue, was selected because of the influx of quality fighters from Cuba. One of the best amateurs ever from the island nation, Teofilo Stevenson, never turned pro. However, there was talk he would face Muhammad Ali in a series of exhibitions. Alas, Loubet was against them. And they never happened.

I am amazed how people in prominent positions in the sports world can do things that will hurt their public image, and often their careers. At the moment, I am thinking of the announced intention to Muhammad Ali to box five three-round exhibitions with Teofilo Stevenson, the Cuban amateur.

In my book, this rivals Ali’s fiasco when he entered into a 15-round boxer-vs.-wrestler bout in Tokyo against Antonio Inoki. Ali would be advised to remember the reception by the press and public of that involvement with vaudeville. It certainly didn’t help his image as one of the all-time great heavyweight champions.

If Ali does go through with these five exhibitions with Stevenson it could be for only one reason — money. Does he need it that much?

The idea of having an exhibition is not new. Many heavyweight champions have had exhibitions, Joe Louis for one. But to have five against the same man and that man an amateur is truly ridiculous.

Boxing historians and experts have always maintained that, whenever a heavyweight champion goes into the ring, his title is on the line. Unlike the other divisions in boxing where, because of weight cutoffs, non-title fights can be insured by the fighters coming in overweight, this cannot be done with heavyweights. It is therefore obvious that should Stevenson land a lucky punch and knock Ali out cold, the Cuban and his Iron Curtain partisans would claim him as the uncrowned champion of the world.

Normally, this would not be a debacle since Stevenson could then fight Ali in a world title match and the winner would be the new champion. However, in this case, both the Cuban government and Stevenson have stated that in no circumstances would Stevenson turn professional — although it is hard to understand how Stevenson can be an amateur if he enters into exhibitions with Ali in which Ali and others obtain money from the exhibitions. The matches won’t be for charity as it is now set up.

Will all this help Ali in his future life and, indeed. in his current endeavors?

Now how about the exhibitions themselves? They are to be set up as three rounders, each of two minutes duration. Now this should make it easy for Ali, but how can he engender interest in five separate exhibitions if he outclasses Stevenson in the first? Will he clown his way, including those fun knockdowns, to make the exhibitions of interest? What can he do that will not be demeaning to the heavyweight champion of the world that could carry through the interest of the fans for five bouts … I mean exhibitions?

Can you imagine Ali getting caught with a lucky right to the kisser and dropped to the canvas? The referee would then have to halt the fight, I mean exhibition, since no decision can be rendered.

Ali, have one exhibition, if you must, with Stevenson, but don’t make a carnival of five separate meetings that can only put a blight on the crown that you have carried royally for most of your two previous reigns.