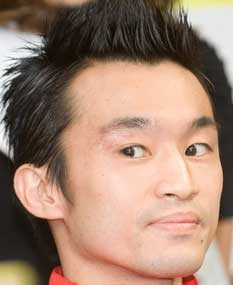 Junior featherweight titleholder Toshiaki Nishioka (34-4-3, 21 KOs) scored a significant upset by knocking out former bantamweight beltholder Jhonny Gonzalez (40-7, 34 KOs) in the third round of their main event at the Arena Monterrey in Monterrey, Mexico Saturday night.

Nishioka, who made the first defense of his WBC 122-pound title, got up from a first-round knockdown to brutally drop Gonzalez with a single straight left that laid the Mexican out flat on his back a minute into the third round. Gonzalez barely beat the 10 count but was in no condition to continue; referee Kenny Bayless stopped the bout at 1:20 of the round.

Gonzalez, who had looked sharp winning six junior featherweight bouts in a row since losing his 118-pound title to Gerry Penalosa in August of 2007, was the No. 8-RING ranked 122 pounder going into Saturday's title bout. With the impressive victory, Nishioka, who was unranked by THE RING, most likely earned a spot in the magazine's top 10.

In the co-featured bout of the card, which was televised on TV Azteca in Mexico, former bantamweight and 122-pound champ Rafael Marquez (38-5, 34 KOs) stopped Jose Francisco Mendoza (21-3-2, 17 KOs) at 2:20 of the third round of their scheduled 10 rounder. It was Marquez's first fight since his classic rubbermatch with Israel Vazquez last March.