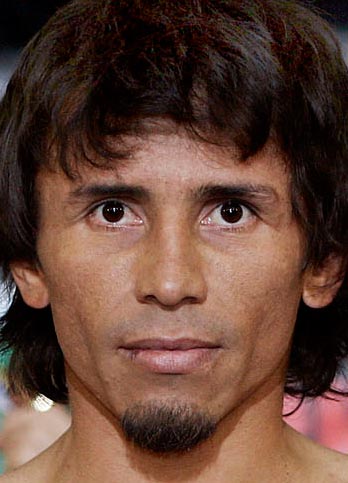 One of the reasons Oscar De La Hoya had such a stellar boxing career is that he usually made the right move at the right time.

So it wasn’t a surprise to many fans and industry folk that when faced with diminishing athletic ability and the very real threat of sustaining lasting physical damage the 36-year-old veteran decided to get out of the active side of the sport with his faculties intact.

De La Hoya has a loving family, a fortune, and numerous business interests — including his successful promotional company — to keep him occupied over the next 36 years of his life.

Retiring was the right thing to do.

As usual, De La Hoya made a choice that will ensure a healthy and happy future for him and his family.

But what about the future of the sport he leaves behind as an active participant?

What will happen to the U.S. boxing industry now that it is without its most recognizable name and biggest money maker?

That’s a question that many veteran boxing insiders and observers are asking themselves.

One such observer is veteran sports writer Steve Springer.

The award-winning boxing scribe, who co-authored De La Hoya’s memoir American Son, believes the sport — at least domestically — was carried by the East L.A. native for the last 10 years and he doesn’t see any fighter on the horizon who can fill the charismatic attraction’s very big boxing shoes.

“I think De La Hoya saved boxing in the late 1990s,” said Springer, who recently retired from the Los Angeles Times, where he covered sports — including most of De La Hoya’s pro career — for 25 years. “He kept it relevant this decade.

“He’s done all he could for the sport and I believe he’ll stay retired. That’s the good thing. The bad thing is, now what?

“Who can replace Oscar? Who’s out there to fill that void?”

The short — and honest — answer to Springer’s question is nobody.

That doesn’t mean that the sport doesn’t have any stars. It does. They just aren’t stars in the United States as De La Hoya was.

Manny Pacquiao, the fighter who convinced De La Hoya to retire by beating him senseless this past December, is beyond a star in his native Philippines. He’s an idol, a national treasure. And he’s known to Filipino and hardcore fight fans around the world; he just isn’t a household name to the general population in the U.S.

Pacquiao’s next opponent, junior welterweight champ Ricky Hatton, is a star in the UK, where he has attracted crowds, ratings and pay-per-view numbers that are on par with De La Hoya’s numbers in the States. However, the Manchester native is still only known to hardcore fight fans in the U.S. He doesn’t yet register with general American sports fans.

The sad fact is that Hatton and Pacquiao may never be recognized by mainstream America. Although both fighters are on top of their game, they have had long pro careers and have made good money. Both will probably only fight a few more times before moving on as De La Hoya has.

Larry Merchant, the longtime boxing analyst for HBO who called the action to most of the record 32 fights De La Hoya had on the cable network, believes that one or more of the sport’s young up-and-comers will emerge as the new Golden Boy.

“Somebody will come along,” said Merchant, who attended De La Hoya’s retirement announcement outside of the L.A. Live Plaza in downtown Los Angeles. “Somebody always does.”

Springer acknowledges that has always been the case for boxing in the past, but he wonders if that old saying will hold true in this era of the sport when few sports fans know or care who the heavyweight champion is.

“The heavyweight division was always boxing’s anchor,” Spring said. “Whether it was good or bad, people always paid attention. Now even fight fans don’t pay attention to the heavyweights.

“Even in the 1980s, when (Ray) Leonard, (Marvin) Hagler, and (Thomas) Hearns were the stars of the sport, the heavyweight division was still relevant. And when they got old at the end of the decade, Mike Tyson and Evander Holyfield were there to fill the void.”

“What if Chris Arreola wins the heavyweight title?” Merchant asked, bringing up the undefeated Riverside, Calif.-based slugger who recently knocked out veteran gatekeeper Jameel McCline. “Then what?

“I think he has a personality and an all-action style to be to the Latino world what John L. Sullivan was to Irish immigrants in the late nineteenth century.”

Springer, a lifelong newsman, wonders how people outside of boxing’s hardcore fan base are going to learn about this modern-day Sullivan.

“Who’s around to cover Arreola?” Springer asked. “Who’s going to write about him? Who’s going to let people know about this guy? The mainstream media has lost interest in boxing.”

Springer maintains that De La Hoya was the last boxer that was really covered by the general sports media. He might be right.

“If an American heavyweight beats one of the Klitschko brothers and wins a heavyweight title, the general interest will be there and the newspapers and TV crews will come, believe me,” Merchant said. “If he beats Vitali and then fights Wladimir at Staples Center can you imagine how big that fight would be?

“Sometimes it doesn’t take long for a star to be born. Sometimes all that is needed is the right fight or two. Everybody says that Vitali has the style to beat Arreola but Klitschko is 37 years old and he hasn’t been in with a rough, tough pressure fighter in a long time. Arreola might be in the right place at the right time.”

“But what about a fighter who attracts more than Hispanic fans and what about attracting women? Nobody attracted women to the sport like Oscar,” Springer asked. “Who’s out there now who’s going to do that?”

“Ortiz appeals to female fans and he appears to have the kind of talent that can make him a star, but he has to deliver in the ring and keep doing it,” Merchant said.

Richard Schaefer of Golden Boy Promotions, which promotes Ortiz, and Dan Goossen of Goossen Tutor, which promotes Arreola, agree with Merchant’s outlook on the future of boxing without De La Hoya.

“De La Hoya had his heyday and what a heyday it was, because in his prime he really would fight the best, but his time has passed,” Goossen said. “Fans know that he’s not at the level they grew accustomed to years ago and to his credit he realizes that and he got out.

“In the long run I think his absence is going to help the sport because it’s going to give other fighters the opportunity to fight in big matchups. In recent years, all the top fighters were waiting around for a shot at De La Hoya and they weren’t fighting each other or they weren’t taking chances on hungry, young fighters.

“So his retirement opens up the possibility for the top fighters in the welterweight, junior middleweight and middleweight divisions to start challenging each other and creating interest in their weight classes and in the sport.”

Goossen thinks his fighter Paul Williams, a top contender at junior middleweight and middleweight, may not be a huge box office attraction now but given the right fights can develop into a popular TV fighter.

“Marvin Hagler and Thomas Hearns came up in the closed circuit era and it took some time for them to build up their national followings,” he said. “I think Paul can eventually do the same thing in the pay-per-view era.”

It’s doubtful that Williams or anyone else will ever replace De La Hoya as a “one-man franchise”, as HBO Pay-Per-View boss Mark Taffett called him at Tuesday’s press conference, in the pay-per-view arena, but Goossen thinks Arreola has a shot.

“Chris is a gifted boxer and he’s gifted with charisma,” Goossen said. “If he shows fortitude and has longevity he can break all the records and make history.”

Schaefer, who is not only a business partner of De La Hoya’s but a close friend, doesn’t think anyone can replace The Golden Boy, but still believes boxing has a bright future.

“The impact Oscar had on the sport is second to none.” Schaefer said. “No other individual has accomplished what he has inside and outside of the ring. He’s unique because for much of this decade he was once of the best fighters and one of the best promoters.

Now that De La Hoya is retired from fighting, he can focus more on his duties as president of Golden Boy Promotions, helping to bring attention to talented up-and-comers like Ortiz and the sport in general.

“It’s sad that Oscar is no longer fighting and that great fighters like Bernard Hopkins and Shane Molsey and Marco Antonio Barrera will soon join him in retirement,” Schaefer said. “It’s the end of an era, but it also makes room.

“Once Mike Tyson and Evander Holyfield were on top of the sport and Oscar was the up-and-comer. When they got old and when they moved on he became the star. Now he’s moving on and by the end of this year we will slowly but surely see some of the young fighters emerge as the new faces of boxing.”